You are here: Home / ENTERTAINMENT / Masters of Sex – Pilot Review 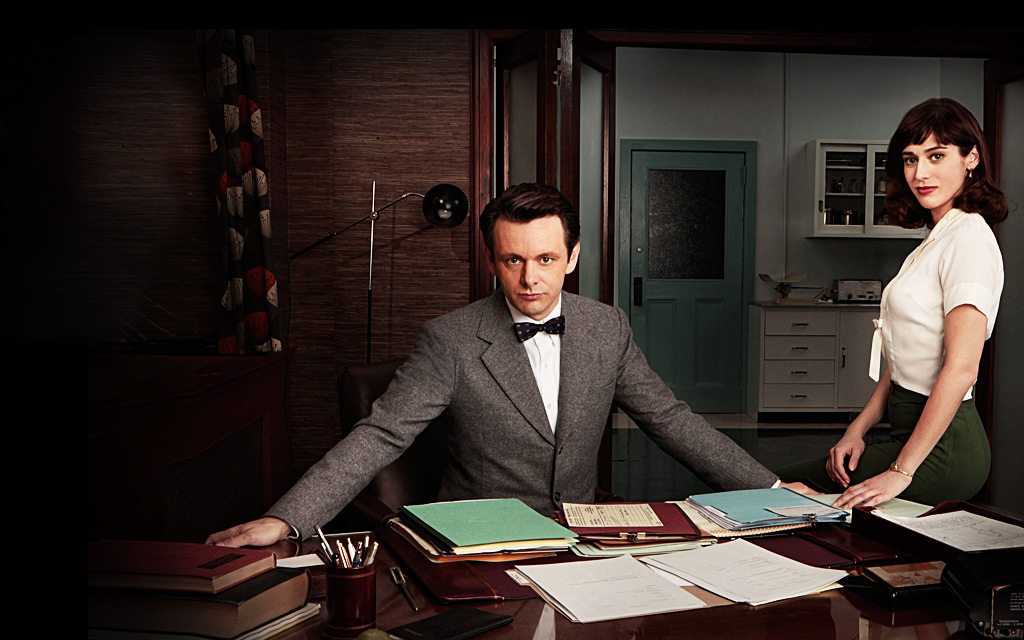 Of the two new Showtime series to premiere this year, Masters of Sex certainly caught more of my interest than Ray Donovan. While real life authorities on the study of sex had been documented in films(i.e. Kinsey, A Dangerous Method), I felt taking the subject to the landscape of television could really explore the nitty-gritty of such a profession, and I’m perpetually intrigued to see how sexual values have progressed throughout history. Still, I also couldn’t feel a bit cautious towards the program as well, as Showtime is more a network that specializes in accessibility over analysis, and I felt that the show could end up being something rather hokey. Also, while it certainly is just a surface resemblance, I couldn’t help but wonder how this series would compare to something like Mad Men, another period piece drama that uses sexuality as a central theme. Now, after catching an early premiere of the show’s pilot (currently available through Showtimeanytime.com), I can say that my inkling was correct in supposing that the show would certainly be interesting. Masters of Sex was quite pleasing, but I also feel that my causes for concern weren’t completely unwarranted.

Masters of Sex is based off of Thomas Maire’s biography on Dr. William Masters and Virginia Johnson, although it’s evident that there’s plenty of creative lee-way in it. Michael Sheen stars as William Masters, a gynecologist who desires to understand how the body works during sex. He wants to explore questions of gender, sex drive, and even what it is that truly causes a partner to orgasm amidst the lovemaking. Unfortunately, his superiors are simply appalled by such a proposal, and say that enacting such experiments will give him a name as “pervert” in the scientific community, and therefore act as career suicide. Masters, however, finds a key component for his research when he meets and hires a woman named Virginia (Lizzy Caplan), a former singer with no background per se in any scientific field, but she’s an individual immensely in tune with her sexuality. From here, history tells us that these two truly revolutionized the field of sexual study in America.

It’s certainly a novel idea, and hard to believe that it wasn’t until the 1950s that this type of research was being performed. Sure, this is before the whole so-called sexual revolution of the 1960s, but it’s almost laughable to think that we were just too prudish as a culture in the years following World War II to really delve into the workings of our own sexuality. In fact, if the phrase “sex sells” is still common place in the industry, it’s a bit of a wonder that a show like this hasn’t turned up before. With HBO receiving all sorts of attention for racy sex scenes in shows like Game of Thrones and Girls, it’s only feasible that the other big premium network would eventually try to go for a “more bang for your buck” approach.

Where the show is a mixed bag, however, is in it’s presentation of the 1950s. Sure, the style of dress, architecture, and vernacular seems to be accurate enough, but the camera style really isn’t. Shot on digital, and with a mise-en-scene that’s the norm for Showtime’s programs, it can actually clash with the period setting, and it just doesn’t seem as authentic as something like Boardwalk Empire or of course Mad Men. The time-inapproriate filming style has been seen in other movies and shows, and frankly cost my enjoyment towards them, such as with Michael Mann’s Public Enemies. It’s an aesthetic concern that I really hope the show’s creators will be able to work out, and I certainly hope that these flaws weren’t the product of pressure brought onto them by the network executives.

Casting-wise though, so far it seems solid. Michael Sheen definitely fits the leading man role well, playing an inquisitive man both intrigued yet baffled by sex. While granted this episode didn’t test his acting range too much, his background in theater suggests we’ll see more weighty dramatic moments from William Masters. Lizzy Caplan is also a great choice to play the show’s voluptuous female protagonist, as not only does she sport a unique look to her, but she certainly has proven her acting range over the years (as have most alumni of Freaks and Geeks). I most fondly remember Caplan from Party Down, the Starz sitcom that was as brilliant as it was short lived, where she showed she was just as able to make us laugh as to relate to a down-on-her-luck character. It’s too early to tell if Sheen and Caplan will really have chemistry, but it appears to be a safe-bet.

Overall it’s a good first episode, that’s certainly not anything groundbreaking, but it just as much shows promise. Sure, I couldn’t help but feel that modern film making techniques clashed with the show’s period aesthetic, but I also enjoyed the rest of the episode enough to give it the benefit of the doubt that it’s still trying to find it’s voice. Hell, one of the many productive things I’ve learned from the massive amount of time I’ve spent watching television, is that plenty of great shows had rocky beginnings. Just look at the early episodes of Parks and Recreation, The Office (U.S.), and even Seinfeld. I even had a lukewarm reaction to the first episode of Orange is the New Black, and now I’m championing it as the next leap forward for the medium. Masters of Sex is absolutely worth checking out, especially if you really like…masters!