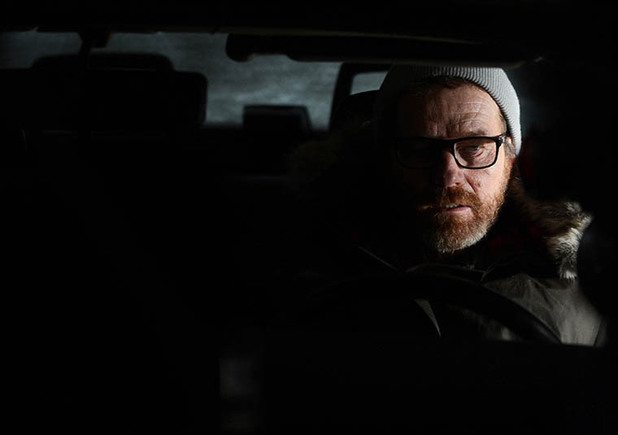 Breaking Bad is over! The show that so many of us have loved and watched religiously for these fast years has aired its last episode, and it was really something. It felt organic to the show’s nature, carefully paced, wisely satisfying, a mite bit predictable, and overall a great finale for the series. Where to start?

Well, for one I should point out where the episode was most surprising. I was a little worried going into the episode that Felina would have a faster pace to it than your typical Breaking Bad episode as they did have quite a bit of loose ends to close. Fortunately though, Gilligan realized what a disservice that would be, and he took his time with the pacing and in some rather unexpected ways. Some people had felt that Walt was going to pay his former Grey Matter associates Elliot and Gretchen a visit for this finale, but I don’t think anyone predicted how it would be handled. Walt asks that they give his child Walt Jr. his money for his 18th birthday. He then threatens them that he hired hitmen to kill them if it doesn’t happen, which definitely shows the character still can be scary, but then we discover that Walt has only hired Badger and Skinny Pete to play mock-assassins. It actually has us change our view a bit of Walt, and see him as more as an intelligent and well-meaning guy again, who just happened to fuck things up royally for himself.

That’s probably the episode’s greatest accomplishment, as it manages to make Walt likable again. Walt played a bad-ass come the show’s final moments, but not without showing his humanity too. The tear-jerking moment comes when Walt confronts Skyler again, and finally talks to her honestly. He admits that he became a meth cook for himself (rather than his family) as he was good at it, and he feels so sorry for the way things have turned out. He leaves her with the GPS coordinates to find Hank and Gomez’s bodies, which he feels will act as her get-out-of-jail-free-card. It was heartwarming to see Walt touch his baby Holly one last time, as we all knew that he wouldn’t be living past the credits tonight.

Which of course brings us to the final showdown. Jack is depicted as loathsome as ever, which really makes us root when Walt finally puts that M60 to use. Rigging it up to his trunk to act as a human lawn-mower when he pops it works in just such a satisfying way, especially for those who have compared Walter White’s technical genius to MacGuyver. What follows is certainly predictable, as all the neo-nazis are killed immediately from the gunfire except for Todd and Jack, but we seriously needed to see Jesse and Walt deal with these two assholes individually. It really was something poetic to see Jesse choke the life out of Todd with his own slavery chains, and then for Jack to offer Walt a way to get the money he stole from him, only to have Walt answer his proposition with a bullet.

So now Jesse is free, and Walt offers him the chance to kill him if he wants to. Fortunately though, we find that Jesse sees no reason to end his former mentor’s life, and discards the gun (notice he didn’t say bitch, either!). It was also such a great cue when Walt picks up Todd’s phone after it rings only to find Lydia on the other line…and tell her that he slipped ricin into her drink. It’s hard for us to root for Walt poisoning a woman but…c’mon, she deserved it! So now for the closing shot, of Walt returning to a meth lab again, and then finally dying from the wound his machine gun rigging gave him. It’s pretty much the ending that we all had in mind for the show, but what a hell of a ride it was getting there!

A lesser show would have probably ended with an epilogue of sorts, but here we realize that’s unnecessary. We already know that Skyler will get off the hook when she hands the DEA the coordinates, Hank’s body will be found, and Walt Jr. will receive a huge fortune come his next birthday. One loose end I would have liked a little more of a hint at is what’s to become of Brock? I was hoping this episode would leave off with us having a good feeling that Jesse is going to find a way to take care of Andrea’s orphaned child (maybe by changing their identities through the service of Ed). Still, the earlier scene from this episode where we see Jesse fantasizing on being a carpenter, and the last image we see of him laughing hysterically as he drives off to freedom, suggests that the character will now finally be able to put his dark past behind him.

Also, while it certainly isn’t a fault of the show itself…but what was with all the goddamn commercials! It eased up by the ending so it didn’t distract from the climax’s momentum, but the commercials were incredibly frequent during the show’s first half. Honestly, I found it a little insulting that one of the commercial blocks was dedicated to an extended trailer for Aaron Paul’s next starring vehicle Need for Speed. Not to sound like a dick but…anyone intelligent enough to be watching Breaking Bad I doubt would be excited about Jesse Pinkman starring in a video game adaptation. I’m really hoping that such a talented actor as Paul doesn’t find himself mis-cast in crappy action movies due to the success of Breaking Bad.

So how would I rate the final episode of Breaking Bad? Well, it’s not the series finest moment. It wasn’t as tense and unpredictable as the season 4 finale Salud (maybe cause Jack is a shallow villain compared to the sublimely complex Gus Fring), nor did it have a scene that was as gut-wrenching as the death of Hank. What it was though was a triumphant victory lap for the series, and one that really made us realize how special it all was. You could say this episode marked TV history, but I think it’s more of the 6-year run as a whole that has.

Thanks Vince Gilligan and co.! You guys just closed such a chapter for my life in a near pitch-perfect way.

4.5 stars out of 5 (might as well revert to a traditional rating system for the finale, eh?)