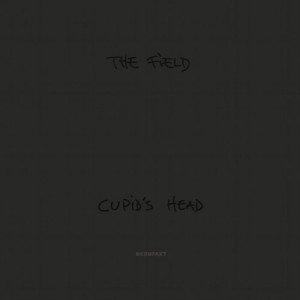 Whenever a new record by The Field comes out, the rest of my life stops in its tracks. My daily routine becomes rescheduled, I purposefully take the longest train routes to arrive at my destination, and I walk around aimlessly at dangerous hours of the night for the sole purpose of maximizing my listening time. Surprisingly, this obsession of mine has less to do with the actual music and more to do with a desired effect. Sure, The Field makes great tracks — few artists know how to stretch a loop as well as Axel Willner — but the real reason I find his music so endlessly addictive (and continuously interesting) is because of how his tracks act as a sort of cleansing for the mind.

This is music that is entrancing enough and layered enough to be able to absorb everything within its path; all thoughts, memories and worries are stored in a compact folder in the confines of your brain to be dealt with at some later date. It’s music just begging for you to get lost in, and if you leave those headphones on for long enough, you can even begin to feel the elements of the track synching with your brainwaves, becoming one with your conscious mind. The surface area of these tracks — while aesthetically pleasing in its own right — is nothing compared to the shifting backgrounds and hidden doorways that the most dedicated listeners will find. Personally, I’ll often listen to The Field continuously for such a long stretch of time that I become unable to decipher whether the patterns I’m hearing are actually within the track or are just being created by my own warped mind.

So that’s just a taste of what The Field has been doing to me ever since 2007’s From Here We Go Sublime. Axel Willner is an artist who has admittedly evolved very slowly since that wondrous debut, but then again, I would have eaten up every one of his releases even if he changed nothing at all. Despite some only moderately enchanting detours on his second full-length, Axel Willner has triumphed in creating denser and more accomplished loops with each passing album, culminating with 2011’s Looping State Of Mind. With the epic, powerhouse worthy music he’s making now, it’s funny to think back to when people were calling this minimal techno.

Cupid’s Head — the fourth album by The Field — is another slight but welcoming continuation of the artist’s trademarked repetition, ethereal vocal snippets, subdued bass, and shoegaze atmospherics. Opening track “They Won’t See Me” immediately drops us into the driving 2-chord pulse and chugging, krautrock-lite drumming that was perfected on Looping State of Mind standout “This is Power”. However, Axel doesn’t happen to have help from any multi-instrumentalists or drummer friends like John Stanier this time, which makes this his first true solo album since his debut. The more isolated approach has certainly suited him well, because Cupid’s Head happens to be the most consistently satisfying set of tracks he’s put out since FHWGS.

If you can tell from the cover alone — which is black as opposed to beige — this is supposed to be a darker Field than we have heard before. Although it’s hard to imagine an artist whose body of work has been so consistently fluid to have writers block, Axel Wilner has spoken about how he was at a loss for where to go with his music until “No. No…” suddenly arose from the ashes. It’s a beguiling track, and with its overwhelmingly dense vocal samples and mangled percussion it may be the wooziest thing in the artist’s discography. Similarly, during the last few minutes of “Black Sea”, the elegant, free floating bells fade out into a menacingly nocturnal synthesizer that is simply inescapable in its intensity. Aside from these tracks though, It really is arguable whether the album as a whole is any darker than previous ones. “A Guided Tour” sees Axel recapturing some of the cosmic charm from his Loops of Your Heart alias, and while the title track sounds powerful enough to smash through a brick wall, any impending sense of dread becomes evaporated within the gently strung textures and buoyant atmosphere.

After four albums of similar sounding techno, writing about The Field is not the easiest thing to do. It even causes rabid fans like myself to wonder what it is that makes this music so special. Questions of formula are always bound to come up, because when it comes down to it, each of Axel Willner’s tracks are formed exactly the same way. You can imagine him making these loops one microscopic and inconsequential piece at a time until they start to evolve into a compelling whole. Sure, he’s learned quite a few tricks on his journey, but his basic principles remain unchanged. For me though, this fact makes it all the more impressive that his style has yet to wear itself thin. Despite my struggle to find adequate words to express myself when writing about The Field, there is one word that always happens to find its way into my brain; that word is magical.