You are here: Home / OPINION / An open letter to the people of the World of Warcraft 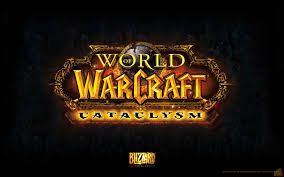 To my fellow players of the Alliance and the Horde,

I have been playing “World of Warcraft” since 2007, which puts it in the time of “The Burning Crusade” expansion.  I have grinded for hundreds of hours slaying monsters, gathering and processing resources, and leveling characters.  It is unlike any other video game that I have ever played before.

The greatest thing about playing World of Warcraft is the ability to interact with people from all over the country and sometimes from around the world.  It is a fun time when I get into a raid with people and we are able to collaborate with the group on how to overcome a difficult boss, sometimes repeating the process over and over until that boss is finally taken down.  The reward of beating these bosses are great, ranging from money to better gear for that character or a rare kinds of gear or weapons that are seen more of as trophies to show off.

I am fully aware that this is just a game.  At any point could I get up from my computer and walk away, never to play World of Warcraft again.  However, I have encountered people on different realms who take the gameplay a whole lot more seriously.  People who have such determination to get that highest piece of armor, weapon, mount, pet, etc. at all costs.  The people who study, for hours on end, different strategies of how to defeat bosses.  The people who play new characters the same way every time, like clockwork.

It is these people who tend to have an attitude that they are superior to everyone else because they know they best way.  They are the people who will criticize other players for not reaching a certain level of fighting, yet the group as a whole is marching forward, like in dungeons.  They are people who will verbally abuse other players through chat if an attack on a boss or monster results in the whole group dying.  These are the kinds of people that make the game as a whole not fun to play at times.

I have observed that these people are typically the tanks of the raids or dungeons.  They are the ones who have to take on the monsters head on while the others heal them or help with causing damage to the monster in order to kill it.  Some like to complain about how they are carrying the team in that the damage they are doing is greater than the others who are supposed to have the ability to cause high damage per second, or DPS.  They will even have players kicked out of the group for not performing well enough, yet the team moves forward.

They know they can get away with the abuse because everyone is practically anonymous.  Nobody knows who the real player behind that character is.  If that character is seen as a problem, then the player can just jump on another character and nobody could tell the difference, unless they acted the same way.

All I really want to say to all those who take this game very seriously, IT’S JUST A GAME!!!  You have no right in abusing other players for not performing the same way you do.  A lot of people play it for the fun of it, but you take things so seriously that you make it seem like less of a game and more like a job.  Unless you work for Blizzard, you are not being paid.  I am sorry that your time may be wasted, but realize that people play at different levels.  There are people in the game, including me, who do not want to sit around watching YouTube videos of how a fight will go on because they only way we can learn how to fight properly is to be in the action ourselves.  I could watch YouTube videos on how to beat Garrosh Hellscream until my eyes bleed, but I still wouldn’t feel ready until I was actually facing him.  There is a difference between watching someone learn how to swim and yourself learning how to swim, you have to get into the water to really understand what is going on.

If you’re really good at playing “World of Warcraft”, then become a leader to others and teach them how to be great players too.  Don’t become a snobbish dick to everyone else because they don’t know what you know.  That only leads you to becoming angry at other people to a point where you may want to quit because you think everyone else is too stupid to play the game.

It’s only a game and life is unfair, so deal with it!

Have fun and geek out!