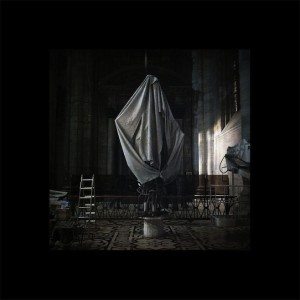 Once again, Montreal based composer Tim Hecker — whose music has grown increasingly demanding throughout the course of his seven full lengths — has given us a visually striking cinematic experience, and also, quite possibly the next landmark in ambient music. While chronicling his entire course up to this point might prove worthwhile, I will digress by starting with his last solo release, Ravedeath 1972. Listening to Virgins, It’s now clear that that album — which was notoriously crafted from a single organ performance — was the true changing point for the artist, as it’s where he found the perfect balancing point between his competing themes of light vs. dark. The mood he has continued to create here is one that’s steeped in a remorseful yearning, and his sound is one fueled by a disintegrating orchestra — each instrument violently clambering to find their proper place within the mix. While it’s occasional abruptness may be too much for some listeners, the emphasis on bright textures and heavenly overtones makes it more beautiful than ear clenching.

While he had a rather large following before 2011, the warm critical and commercial reception recently befitting his name has allowed him a larger sense of freedom on this release. This release has also availed him to the necessary production costs to take his style to heights that were previously only hinted at. Just listen to the opening track, “Prism”; within seconds we are thrown into the disarray of mountainous feedback and a string section being turned inside out. It’s the sounds of an artist who’s grown fearless, and one who is free of restraint. He’s evolved in other ways too, as evidenced by “Live Room”, one of the artist’s most spacious and detailed arrangements yet.

So you’re probably wondering what all that mumbo jumbo I put in the first paragraph is about. While I won’t explain all of it, it goes along with the scattershot, yet somehow still unified track sequencing of the album. This is in direct opposition to Ravedeath 1972, which I felt to be an album that flowed seamlessly and uninterruptedly throughout its running time. Unlike the goal of many ambient artists, Virgins represents the soundtrack to a movie that could never exist. It’s a soundtrack that provides countless scenarios and visualizations, all of which have blown up at the seams, damaging any valuable information we would have needed to put them all together. It’s a move that makes his music more jarring than typical ambient music, but also arguably more listenable and engaging.

Largely due to the expanded instrumentation, Virgins is easily the most enthralling Tim Hecker release yet. Created through a series of live recordings in rooms, the sounds of various woodwinds, strings and pianos become meshed and intertwined into a disorienting — but never cacophonous — whole. Piano no longer acts as a faint reminder of human world, as it is now enmeshed within the chaos, and provides its own kind of twisted sacrificial bond with the listener. Never is this more apparent than on the 2 “Virginal” pieces, in which a piano is looped and overdubbed to a terrifying effect. If you couldn’t tell from the cover art alone, the album isfar from the innocence its title invokes. Other tracks are based in more standard ambient fashion (“Amps, Drugs, Harmonium”), but there is always something strange lurking in the background to prevent us from completely characterizing these tracks as one definite thing.

I keep being reminded of scenes from Gravity when I listen to Virgins, especially during the slow build of “Stigmata II”. The infiniteness of space presented in that movie proves to be an accurate reference point for the obtuse presentation of the album, and the two are similar in their themes of isolation and desperation. Like outer space, Virgins is a place that exists on a never ending plane, it doesn’t make sense when we attempt to study the finer points of it, but we can’t help but be amazed by its vast features regardless. Above any interpretation though, this is music about harnessing a particular feeling. It’s not experimental music in a topical sense that was made to sound “cool” or “trendy”, but rooted by the process intrinsically to evoke a certain emotional response. If you had any doubt that he wouldn’t top himself, with Virgins, Tim Hecker has crafted his most engrossing album yet.