You are here: Home / ENTERTAINMENT / 12 Years A Slave – Best Film Ever About Slavery? 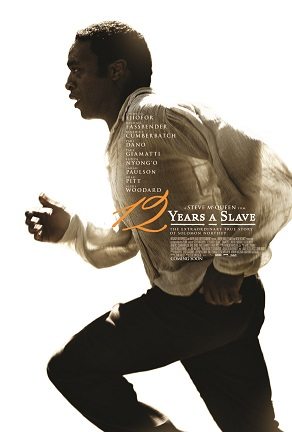 What is necessary for a filmmaker to do in order to carry the title of auteur? Well, it’s certainly a term that’s meaning has changed over the years, as it was coined by French critics as a way to form a familiar link between filmmakers and literature (auteur literally being the French word for author). Critics have since argued that if a director obtains a unique vision and sense of creativity towards his work than it’s enough to touch on auteur-ism. In my eyes though, that’s a rather vague analysis as most filmmakers have their own distinct directing style. Hell, in that regard you could say Michael Bay is an auteur. For me, an auteur is a filmmaker that has honed their craft in such a way that he’s a most singulary talent, and makes films that only he/she can truly work brilliantly. For that reason, I feel that if Steve McQueen’s third feature, 12 Years a Slave, isn’t quite enough to bestow on him that title, than it’s more than enough to give him ample consideration for it.

For those not familiar with this director, I strongly recommend seeking out his two previous films before seeing this new one. Hunger, was possibly the most impressive debut film of the last decade, and his sophomore feature, Shame, was a no-holds-barred psycho-sexual drama rich both in film theory and intriguing subject matter. His latest, however, is the closest he’s come to making a genuinely great film though. Based on Solomon Northup’s autobiography (published in 1853), 12 Years a Slave is a harrowing account of the real-life ordeal this poor man went through. Set in 1841-1853, the film shows how Northup (Chiwetel Ejiofor), a free black man living with his family in Saratoga, New York, is drugged and sold into slavery by two white men. The film’s title is enough to let viewers know that he will achieve freedom eventually, but the trek getting there is anything but calming.

Steve McQueen’s is a filmmaker who doesn’t hold back, as can be seen with the grim images of starvation that were in Hunger, or the raw sexual content that got Shame the infamous NC-17 rating. 12 Years a Slave is perhaps even more harsh a film, as throughout it’s 134 minutes there really isn’t any levity. 12 Years a Slave shows us the unspeakable cruelty that these poor people had to go through, and McQueen knows just how to handle the material. Several times throughout the film McQueen will utilize lengthy takes to show Northup’s struggle, from a brutal back beating upon his enslavement, to a really ugly scene that comes after an attempt to hang him. Not to give away too much detail, but lets just say after viewing Northup’s survival method, it’s not likely you’ll ever see walking on your tippy-toes the same way again (feel free to say this movie ruined ballet for you). 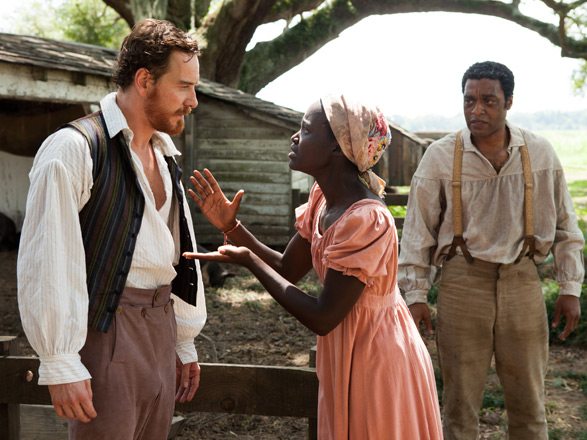 12 Years a Slave, however, does have utmost purpose towards showing such rough material. Although born in Britain, McQueen is a black man with heritage from Grenada, so it’s possible that he feels this story has a connection to his heritage and family history. Some people I knew that championed McQueen’s earlier work have complained that this film is far more linear in it’s narrative, and not as rich in symbolism. Perhaps that’s true, but I also don’t think is should not be disregarded that this is his most emotionally stirring work as of yet. The filmmaking shows that McQueen has researched this time very fruitfully, and also wants us to think about how it wasn’t even two centuries ago that the subject matter in this film took place. Some of the film’s best scenes involve the white character doing really appalling things all while remaining entirely stoic, or even giddy. One such example is a part when Paul Dano’s sings a little diddy that’s chorus is, “run nigger, run, yeah you better run away,” over a sequence that shows the slaves working really hard in the dense southern heat. I don’t know about you, but I feel that’s enough to give someone a good ol’ case of white-guilt.

I feel that the majority of the viewing public that have seen the trailers for 12 Years a Slave will almost certainly comment on how the film has an “all-star” cast. It’s a cliched term for sure, and most of the actors in the film have such limited screen time that it would be amiss to call the film an ensemble drama, but we can also be grateful that McQueen assembled such a mighty list of talented actors. Chiwetel Ejiofor holds are attention and are sympathy for the entire film, and hopefully the actor will be receiving more leading roles in the future. It certainly was no surprise to see McQueen cast Michael Fassbender, the star of his last two films, in a central role again here, but it’s certainly evident that the two have a Scorsese-De Niro Chemistry. Fassbender’s performance as Edwin Epps, Northup’s second and even more despicable master, is utterly fantastic, and it’s further proof that his acting ability is best reserved for more low-key film makers like McQueen, as opposed to Hollywood-heavies like say…Ridley Scott.  Other big name actors in the film (Brad Pitt, Paul Giamatti, and Benedict Cumberbatch) have relatively brief roles, but their all necessary in their performances for the film’s overall theme and substance.

As of this writing, I just cannot think of a better film about American slavery than this. Amistad was a noble effort but came off more as Oscar bait than something truly profound,  and while Roots was a landmark series in several ways, it hasn’t aged as well as we might have initially thought it would. It’s funny that this film comes out a year after D’jango Unchained, as I feel now that audiences will be calling this film the serious version of Tarantino’s wacky schlockly blaxploitation-western, which is actually okay in my book. As much as I appreciate genre’s ability to turn horrible atrocities into crowd-pleasing entertainment, it’s important that we see the horrors of slavery without being so sensationalized as well. If 12 Years a Slave won’t be considered the breakthrough slavery drama, it will still continuously be cited as being one of the best. 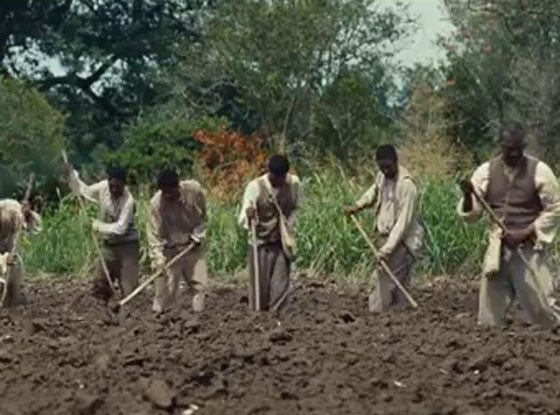