You are here: Home / ENTERTAINMENT / Album Review: Kelela – CUT 4 ME 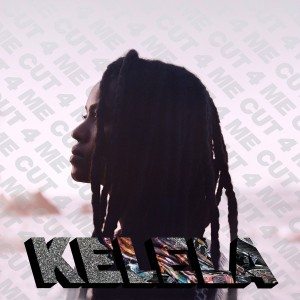 Kelela isn’t as typical an artist as many listeners will initially think. Her hotly anticipated debut album, CUT 4 ME — which is cleverly disguised as a mixtape — stands far apart from the lot of female sung R&B currently in existence. While her voice, at times, may evoke previous R&B greats like Aaliyah or even Brandy, what makes this album unique is the fact that it actually has little to do with vocals at all. Instead, Kelela has built her sound around the production styles of her many collaborators. She does this in a way, however, that still keeps her persona at the center of our attention. Despite the amount of collaborators, this is her show, and she doesn’t let us forget that for a second.

As it turns out, Kelela is following somewhat popular trends in the bass music scene, while simultaneously churning them with her own oddly fashioned R&B to make an impressive and daringly accessible whole. It’s a pairing that works to her advantage, as her voice is not yet a completely grasping element in its own right, and it allows for the seductive productions to always be in full effect. This element of vocal restraint makes CUT 4 ME a completely different experience than say, Janelle Monae’s The Electric Lady; and as good as that record was, I don’t think I’m alone in saying we didn’t need another one like it quite just yet.

The production — which is predominantly handled by artists within the Fade to Mind and Night Slugs congregation — is a striking blend of icy synths, plummeting bass, ominous undertones, and the occasional metallic freakout. It’s an R&B album that will appeal to fans of Jam City’s Classical Curves more than fans of Rihanna. Opening track, “Guns and Synths” does a good job of setting the dark and desperate tone, and the Nguzunguzu produced second track, “Enemy”, expands upon it in a very hostile way.

However, while these two tracks contain what is arguably the most engaging music on the album, they don’t showcase just how eerie CUT 4 ME can be as a whole. It’s an album enriched with devious wordplay and an unusual sexual energy; yet another example of why Kelela — who grew up as a second generation Ethiopian immigrant — is not your every day woman. Take the title track for example — what exactly is the phrase “cut for me” supposed to mean? — is it supposed to be the artist’s way of symbolizing her permanent mark on a lover, or merely a violent play on a woman asking a man to “cum for me”. Either way, Kelela stands as a persona intent on devouring traditional views of male and female relationships. Later, on the excellent Jam City produced closing track, “Cherry Coffee”, she sings “It’s a Twisted Cycle/ That You’ve infused with love” , and that essence of lust over love seems to be the dominant lyrical theme throughout the album. Although this is her first release, Kelela just turned 30, and her mature stance on life comes out in subtle ways.

The theme constantly plays through the music as well, as heard on the narcotized beats and synths on “Do It Again” — which to me enacts visions of dominatrixes dominating their male slaves. Unfortunately, all of Cut 4 ME isn’t some weird psycho sexual drama. There are quite a few mellow tracks that don’t fully keep a hold on our attention through multiple playthroughs. This can be seen as a fault in Kelela’s vocal performance, as it rarely will kick the listener with a lasting oomph. “Bank Head” is the exception to this, and in addition to Kingdom’s perfect production, it shows Kelela can sing some devastatingly beautiful vocal lines when she wants to. It’s the best track on the album, even if there are quite a few second runners, and it will be interesting to see where she takes her vocal delivery from here. Still, from her work with Teengirl Fantasy and onward, we were given hint after hint that Kelela was an upcoming talent to look forward to. We may have had to wait quite a while for it, but CUT 4 ME proves that there is most certainly a place for Kelela in modern R&B.