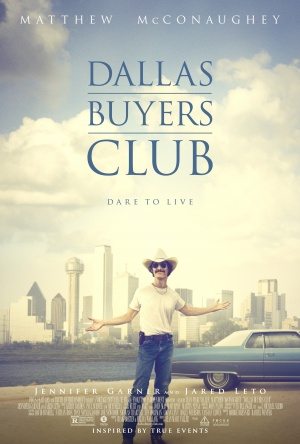 Sometimes it feels to me that every year a mainstream Hollywood film comes out that I can describe as such: it’s a solid overall film with a fantastic leading man performance, it’s just the main character is an unlikable douchebag. This perceived trend dates back as early as 2009, when the Michael Douglas vehicle Solitary Man premiered. Upon seeing it, I found myself recommending it, yet at the same time wondering how I could have enjoyed spending an hour-and-half of my time watcing a vile 54-year-old sexual predator. After giving it some thought, I decided it had to rest solely on Michael Douglas’ winning performance, and I took it as a mark that he was one of the few actors in Hollywood that could carry such a film. Soon after, along came Greenberg, and Flight which featured two other big Hollywood names (Ben Stiller and Denzel Washington respectively) playing central characters that were reprehensible in a similar fashion. Once again, I did find myself liking these movies, and pressing on that it must have took truly adept acting in order to make these films work. Now, 2013’s addition to this canon would appear to be Dallas Buyers Club, and I would say it is actually quite a bit better than the previous ones. It could have to do with the fact that it holds weight for being a true story, or that it’s subject matter on AIDs and health-care is very relevant. Still, it hard for me to shake off that once again this is a film that rests on a great leading man performance, and star Matthew McConaughey might just be the most fascinating one in Hollywood right now.

Set in 1986, the film reiterates the true story of Ron Woodroof, a Texan rodeo employee, whose past-times include heavy drinking, cocaine, and promiscuous sex. After a freak accident at work lands him in the hospital, his doctors tell him that after doing some blood tests on him they did indeed discover him to be HIV-positive, and also estimate that he only has about 30 days to live. At first Woodroof scoffs at these claims, but then after having a few unexpected blackouts, and putting into account how rough his lifestyle is, he finally realizes that he must indeed have the virus. At first he takes the doctor regulated drug AZT, which is the only legalized drug for HIV available in the U.S., and nearly dies from it. Upon taking anti-viral medication from outside the states, however, Woodroof finds his condition only betters, and he does indeed survive the 30 days. Soon after, with the help of his doctor (Jennifer Garner) and a fellow patient (Jared Leto), Woodroof starts the Dallas Buyers Club, a business dedicated to giving AIDs victims affordable and efficient medical options, all while combating the powerful pharmaceutical companies of America.

It’s certainly a fascinating subject to carry out in a film, as I feel a lot of people have forgotten how scary the advent of AIDs was on the generation of the supposed sexual revolution. It’s just, it’s a bit difficult to get behind Ron Woodroof character at first as Woofroof is homophobic, self-abusive, and more than a little bit lecherous, so he’s basically the last person anyone would ever expect to carry on the label as being a hero. Fact is that the guy was just bringing drugs into the states to help his own ass initially, and then only begins to sell them for his own financial gain. Only near the film’s end does it seem that he did have any sort of empathy for other AIDs survivors. The film’s message about healthcare in America could have come off as muddled through Woodroof, as he’s really not the most exemplary  person, but there’s also something just so compulsively viewable in him too.

As of this moment, I can’t really think of another American actor that’s had a career revival as stark and eyes-widening as that as Matthew McConaughey’s. Due to his good looks and charisma, the actor found himself miscast in generic romantic comedies throughout the 2000s, but in recent years we’ve seen him take great strides to reclaim the dexterity he established in his earlier films like Dazed and Confused. His recent work in good movies like Killer Joe and Mud showed that he really is more than a pack of abs and a southern accent, but his performance as Woodroof might be his best yet. He’s a dirty man with a dirty mouth, but McConaughey handles it all do delicately with every movement and syllable. He’s so smooth as Woodroof, that in the film’s more comical scenes (such as when Woodroof dresses up as a priest so that he can get through U.S. customs), that we actually find ourselves seeing the character as a bit more affable as he had been beforehand. It truly took a lot of dedication on McConaughey’s part to portray this character, both on a mental and physical level. Those that have been reading entertainment news sources have likely already heard that Matthew McConaughey slimmed down a whopping 47 pounds for this role. Right now, I’m thinking McConaughey is gonna be the actor to beat for best actor come Oscar season.

There’s impressive acting from the people who don’t have alliterations for names as well. Jennifer Garner has seemed to be getting more attention for being Ben Affleck’s spouse in recent years, but here she does a commendable performance as doctor Eve Saks, and we can also be glad that she doesn’t play the love interest for Woodroof. Jared Leto, an actor who received plenty of acclaim from his earlier roles who then most put his career on hold upon the success of his band 30 Seconds to Mars, makes a sturdy come-back performance here. While it’s not unheard of for actors to make a jump-back into the acting game by coming right out the gate playing an eccentric character (and who more so than a drag-queen), but Leto does hold the screen, and it’s clear that he made an extensive physical transformation for the role. Also, while I would like to say something about Jean-Marc Vallée’s directing, I’m finding myself a bit amiss. While his directing is very capable (and reliant on close-ups), it’s just seems to be overshadowed by that of his actors. Dallas Buyers Club is an acting showcase first and foremost, and that’s absolutely fine.

Dallas Buyers Club may not exactly be a great movie. Yes, Woodroof isn’t exactly cute and cuddly, and plenty of people will be calling the film awards bait, as it does play it relatively safe by Oscar movie standards. What it is though is a strong film about an interesting real-life story, and it might be the final straw towards getting naysayers to shut up and admit that Matthew McCounaughey is a damn fine actor already (correction, make that a fucking phenomenal actor!). It’ll be interested to see how McCounaghey adapts to the television medium when we see him in HBO’s new series, True Detective, upon it’s premiere next year.