You are here: Home / ENTERTAINMENT / Kelly Clarkson’s Album “Wrapped in Red”- A Review 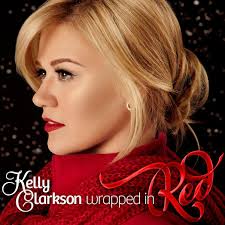 Wrap Yourself In Kelly’s Red

Now that Thanksgiving is over, we can finally talk about Christmas stuff. Aren’t you glad I bothered to wait?! So, one thing that happens, just about every year, is a bevy of pop Christmas albums. From Destiny’s Child, to Nat King Kole, to Aaron Neville, we get bombarded with pop renditions of Christmas carols and newly written stuff that either makes a place in our traditions, or quickly falls by the wayside. So, of course, that’s exactly what this review is about!

Why did *I* wait so long? Well, I try to avoid Christmas music till Thanksgiving, so I kind of forgot that this thing came out, but we’re doing it now, and you still have enough time to download it and gift it!! So, it took Kelly Clarkson ten years to record this album, which is totally fine with me. I like her and I like to see performers do things in their own time. At first glance, looking at the playlist, I was a little hesitant. The traditional songs are ones that I’ve never been fans of, and almost half the album is new music. That, honestly, can go either way.

Let’s look at the bad, and I use that term VERY broadly. There are no really bad songs, just ones that I didn’t like before and still don’t like in this rendition. I normally love some Reba, but her accent seems almost glaring a very delicate “Silent Night,” at times, cutting through the acapella. I also feel that it would be nice to retire the Holiday Date Rape Song (Baby, its Cold Outside), for a while. At least ten years.

After that, we have some staples. I’ve never been a fan of “Run, Run, Rudolph”, but this version certainly has pep to it that I really liked. Other songs like “Blue Christmas” and “Bells Will Be Ringing” certainly fit into Clarkson’s soulful voice.

The real gems of the album, though, are the newer songs, and one cover. “Underneath the Tree,” which is already starting to get lots of air play, hits the ground running, and promises to be a new pop staple. My personal favorites are “Winter Dreams” and “Just for Now,” a cover of an Imogen Heap song that really should be played more.

I’ve already added a good chunk of this album to my Christmas repertoire and very much recommend it to anyone seeking new music. The old songs aren’t as over played/overworked, and the new songs are very solid.