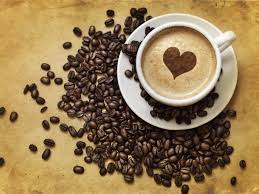 A lot of us are looking for love, which in most cases means a wide variety of first dates, and the occasional hook up that turns into something more. Before I really begin, I’d just like to point out that, yes, this is based on my own personal experiences, and no, Facebook friend, this song isn’t about you. I’m sure most of you know what I mean.

I’m fully aware that I have gone out on dates, or turned down a first date, where I wasn’t feeling “it.” I have no idea what “it” is, but I think we all feel like we know what it is, when we see it. This has quickly lead to either turning down or being turned down for a second date. It’s frustrating, and being on the receiving end, I’ve felt like there must have been something I could have done better. On the giving end, it feels like there’s some sort of nebulous concept that I can’t explain but is totally real. By the way, like most of the gays in Manhattan, I studied theater, and one of my theater professors said that, as an actor, I should be able to express myself in words, and if I couldn’t, what the hell was I doing trying to express someone else’s emotions to other people and hope to get paid for it? So, hand waving some sort of nebulous “I’m not feeling it” is not something I can allow myself to do anymore.

This is why I’m, personally, reviving the lost art of the First Date. I don’t mean like I’m going to go out there, Sadie Hawkins style, and get myself a MAN, but that I’m no longer treating guys like we’re on the Bachelor, and I’m vying with the rest of the world for his affection (notice, too, that I cast myself as the desperate contestant who must be chosen, instead of the guy who gets to do the choosing). First dates should be more of a simple information gathering session.

Let’s start out with something simple and light. No more noisy bars, which may or may not have to do with the amount of alcoholism in my family. No more excruciating dinners where I wonder why we’re dining at a restaurant that I can barely afford and we have nothing in common, while I calculate if I can slip out through the bathroom window. This goes double for my expectations, which is the other reason why no more bars, since drinking and hormones are a great way to pick up Mr. Oh So Wrong, but don’t make the best impression on Mr. First Date. Not that there’s anything wrong with Mr. Hurts So Good, but he’s not going to magically turn into a husband. Yes, we all know that couple who meet on a hook up, and moved in, and now they’re going on five years, but how realistic is it to expect that?

So, simple information gathering session. Does this guy have similar interests? I once went on a date where the guy expressed that he almost never read and had no idea how to swim. I was so floored by both of these that I had no idea what to say afterwards. I’m sure he saw it on my face, because the date quickly ended (and I had gotten to the café early, so when he came in, I was in the middle of reading a book). I really like to think that it shouldn’t have happened that way. He was a very nice guy, but at the time, it felt very much like “How are we going to raise our children?!! I swam before I could walk, and my parents gave me my first copy of Lord of the Rings!!!”

Who knows? It’s time to stop putting so much pressure on that first date. Simple Information Gathering Session. That’s all. A second date merely means that this is a person I want to get to know more. Sure, it could turn friendly, or you could have that intense conversation that turns someone from “hey, he’s a cool guy” to “we need to fuck, now, and then stay up all night discussing Game of Thrones theories.” Isn’t that the whole point behind the label sapiosexual? Not that I give it much credit, but I do think that I could really use a break from putting people into a box the moment I meet them. I hope that this will let me actually meet people. I’ve been to paradise, but I’ve never been to you, and all that. Here’s to better living!! Come sit with me and chat, where I can actually hear you.