You are here: Home / WORLD / Did the Russians Dupe Snowden?

A new book by a writer who has covered eastern Europe for 30 years suggests that Edward Snowden, the NSA leaker, could have been an unwitting agent for the Russian security service, the SVR. The Snowden Operation: Inside the West’s Greatest Intelligence Disaster is a must read if you have any interest in this case at all. 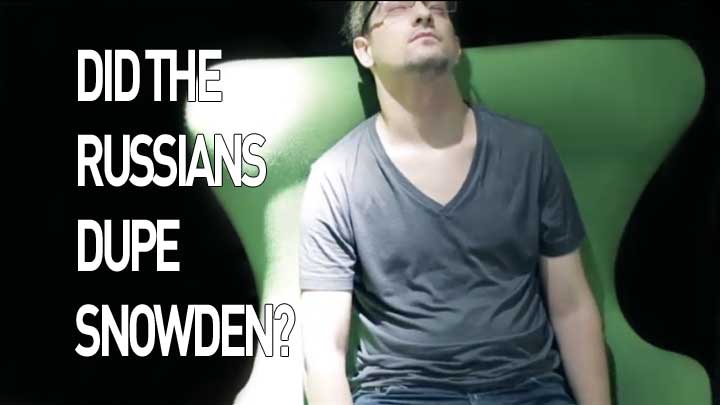 Edward Lucas is senior editor at the Economist and was the only English-language reporter in Prague when the anti-communist revolution swept Czechoslovakia in the late 1980s. He knows how that part of the world works and is particularly knowledgeable about how espionage services operate there. He never produces a smoking gun, but his argument is consistent with the facts and with the known behavior of the SVR and its forerunner the KGB.

There are four ways an intelligence officer (a person who works for the SVR, CIA, MI6 whatever) can recruit an agent (someone who supplies information – note the distinction. James Bond was an intelligence officer not an agent). The acronym is MICE: money, ideology, compromise and ego. You can bribe someone, ask them to “help the cause,” blackmail them with whatever you can find, and/or appeal to their sense of pride (“they don’t appreciate you, but we do.”).

In the case of Snowden, Lucas posits that he was motivated by ideology, but under a “false flag.” A false flag means that a person is recruited by an intelligence service but believes he is helping a different organization or cause. One of the most common ways the KGB did this during the Cold War was recruiting Jews by pretending to be from Israel’s Mossad. False flag recruitments are rather common in the espionage world and are favored by the Russians (and the Soviets before them).

Did the Russians Dupe Snowden?

The hypothesis here is that Snowden was tricked into believing he was helping the cause of open government, personal freedom, Mom and apple pie. In this, he was a “useful idiot” to borrow Lenin’s term.

Lucas then traces timelines and connections to Glenn Greenwald, Jacob Appelbaum and Laura Poitras, illustrating how these individuals could have unwittingly helped the SVR develop Snowden as an agent.

Would a prosecutor get a conviction with this evidence in a court of law? I don’t think so, and to be fair, neither does Lucas. However, the facts as we know them all fit. The conclusion is that you can’t rule out the possibility and this explanation of what happened is more likely to be true than any other.