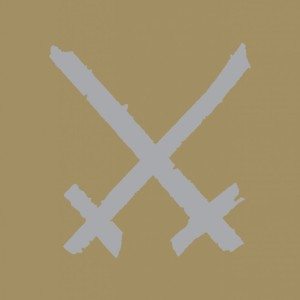 If you hadn’t noticed upon clicking this page, I’ve changed the name of my posts from “Album Review” to “Album Reflection”, and in case you’re wondering, the reason is because I don’t believe I’ve written what one would call a “review” in quite some time. I haven’t really even been talking much about music in general (at least in its concrete form). Upon this realization, I’ve decided this space is from now on going to be dedicated towards my personal experience with a piece of music. Questions such as “what is the color of this music” and “what does the music look like” are ones I will be looking to address. Still, it will all be taken from my personal perception of the music at hand, as well as the social and cultural environment I happen to hear it in. My goal is to see what intensive listening sessions to particular brands of music will inspire me to write, and interpret whether anything artful comes out of the other end.

This movement has spurred from my inability to explain why music sounds the way it does, or even what it sounds like in the first place. I want to learn how to paint the picture of my experience with an album as vividly as possible; and seeing how everyone hears music in different ways, I believe this is a step in the right direction. I will warn you that there may be some pretentiousness here, so if you’re not into that kind of thing then I suggest you spend your time elsewhere. While under some circumstances I may go back on my word to write an honest to god “album review”, pretty much, you’ll just see a mix of short stories, personal anecdotes, and narrative driven imagery from me from now on. Thanks to anyone who’s followed my writing up to this point.

A Confession/ A Love Letter:

Xiu Xiu were the band that saved my life, or rather, they were the one that brought me into my truest form. There were acts that preceded them and acts that followed them that all lie somewhere in the ranks of my personal importance, but right now, Xiu Xiu — along with Antony & the Johnsons — lie pretty high up on that list, and I’m not sure where I would be today without them.

Before 2008 — the year I graduated high school — I would say I was (and still am to some degree) an abnormally quiet person. Of course, this was because I was a closeted homosexual; something I would find out was also true about many of my similarly quiet peers years down the road. I remember freshman and sophomore year, walking the halls beneath a veil, screeching alarms firing off in my head to tell me what I should and should not do to assure I would blend inconspicuously into the environment. I was terrified of humiliation, afraid it would rip me apart limb from limb and throw me into exile, causing me to lose the few close friends I had. Like many other struggling gay teens, I first thought it would be a certain substance that would relieve me from my internal pressures, which led me to experimenting with an assortment of uppers, downers and hallucinogens. This process went on for years until I realized the escape it provided wasn’t for me. In fact, It wasn’t until college when I discovered Xiu Xiu — a band who embraced a startlingly bleak and confrontational blend of confessional singer-songwriter and manic post-punk — when I started to realize that maybe it was okay to be as fucked up as I was.

And that’s the thing; as much as mine was a generation more accepting of gays in many ways, I still felt I couldn’t fit into any of the archetypes society had carved out for me. I doubted that any sane person could find my personality to be commendable no matter how tolerant they were, because no matter how hard they seem to be trying, the media still isn’t doing a very good job of showing how tortured the soul of a gay person is. It’s why such a large percentage of gays hate gay themed television shows (Looking) and why almost all of them hate Macklemore. With Xiu Xiu by my side though, it seemed okay, and at times even cool, to have an ugly and disturbing side that I had yet to unleash. The more I thought about it, maybe it was okay to be lustful over one of your closest male friends and think about them erotically every night before falling asleep. Maybe it was okay to want something so bad you were willing to bleed for it. Maybe it was okay to have gender dysmorphia issues, and to have twisted thoughts pop into your head, and to fantasize about who would be at your own funeral. Most of all, maybe it was okay to hate yourself, and to hate everyone around you, including your own family.

I’m dramatizing a bit, to be fair, but in essence it’s all true. Xiu Xiu were a group that took the self loathing elements I always loved from acts like Radiohead and took it to a visceral and painfully honest extreme, somehow helping me realize that maybe being myself wasn’t so bad after all. When many people talk about Xiu Xiu, they talk about how comical certain songs of theirs are; the song “Fabulous Muscles” being the clearest example. When it comes down to it though, I don’t think I’ve ever related to a song as much as I have to that one, as it perfectly encapsulates our tendencies to worship guys we know will never love us back. Jamie Stewart is a lyricist who is capable of so much, and although his words are initially penetrable for their inherent shockingness, repeated listens reveal deep insights, even for non-homosexual listeners.

While it didn’t hit me all at once like that explanation may have seemed, I do attribute the group to have provided me with one big push towards helping me be okay with the outcasted individual I was, and eventually, one that would be proud of it. In celebration of their new album, this is my dedication and love letter towards a group that I consider, quite inarguably, to be groundbreaking. No matter how many more albums Xiu Xiu ends up releasing, I will always listen to them, because as far as I’m concerned, they own my soul.