You are here: Home / LGBT / Enough with the Misogynistic Lingo- Manhattan Digest 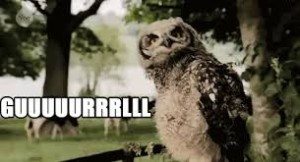 There’s a scene in “Orange is the New Black” where some of the inmates are talking about Robert Frost’s “The Road Less Traveled.” Piper then speaks up to mention how that poem isn’t about actually taking the road less traveled, in that both roads are exactly the same. The other people start rolling their eyes. Hopefully,  I will be able to have this conversation with you today, without dragging out my college degree and giving you all some learning about your queer history.

Since the beginning of gay history, whenever that happened, we have been calling each other mary, or girl, or gurl, or whatever. In addition to that, we’ve been referring to our female friends by plenty of words that aren’t fit for polite company. I do realize this is a webpage that discusses porn, but I’d like for this article, at least, to get past the work filters, so bear with me if I keep the language clean. Now, we could look at this and go “well, that’s how it’s been done for a long time, and besides, no one really gets offended at that.” However, I like to believe that we are living in 2014, and we’re better than that.

Plenty of us, when we’re talking to each other, will call each other Mary or gurl, and, most of the time, it’s supposed to be harmless, jovial, or possibly endearing. Yet, there always seems to be a joking manner to it, and it’s this that causes the problem. Most of us aren’t proudly embracing our feminine aspect. I’m not even sure why it’s supposed to be a joke, since I don’t remember anything funny about being a woman, but I’ve never been one, so how would I know. I’m sure there’s a non-joking way of using this type of language, somewhere out there, but I think you’d have to get away from the hyper-masculinity of Chelsea and the bear or “bear” culture.

With this, I want to be clear on one thing. I’m not saying all of this to get us to go in the opposite direction and become men’s rights advocates. No, what I’m saying is that our language helps contribute to a culture that devaluates people, and as a people who’ve been devaluated, you’d think we would be interested in doing a bit more to give other people a hands up. However, humans being humans, it seems more that we’re way too invested in focusing on our own struggles and using that as an excuse to stomp on others (as seen by my previous article discussing straight women and gay men).

The misogynistic language we use, unfortunately, is not just directed at ourselves, but, way too often, at women. Some of this, I blame RuPual’s Drag Race, as it took a culture of being over the top and hell bent on being as offensive as possible, and gave it to a mainstream culture that felt that this gave them the ok to be offensive as hell. So, all those derogatory words that we use (and yes, I’m guilty of this), let’s stop using them. The b-word. C U Next Tuesday. Fish. Etc. I know a bunch, and it’s possible that you might know more than I do. It’s not funny. It’s not cute, and I’d venture to say that it makes grown men look like immature middle school students.

At some point in time, we need to actually finish the movie “Mean Girls” and learn the lessons, stated directly in the movie, about not calling each other, and other people, vicious and nasty names. A good friend of mine told me, and I’m paraphrasing, if you’re acknowledging the feminine aspect in you and in others, that comes across as very different from being mean and insulting for laughs. Now we open up the comments. Feel free to tell me all about how, since you and your best girl-friend don’t get offended when you guys talk trash to each other, that that should apply to the rest of us and to total strangers with whom you don’t have that sort of relationship.