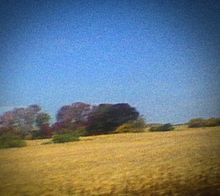 While singer/songwriter Mark Kozelek has made a career off of making dour songs ripe with honesty and regret, his latest record may still surprise fans in terms of how direct it is. While his 90s outfit Red House Painters became recognized for how their dour songs commonly lacked metaphors (allowing their audience to know exactly why they were so sad), and his subsequent folk rock act Sun Kil Moon would continue in a similar melancholic trajectory, there still is something particularly sound about this most recent release, Benji. It’s a sad record as one would expect, but it’s also immensely auto-biographical, with every song being a first-person account of an event in Kozelek’s life, with allusions to his childhood, tragedies, career, love life and even his interests (the album’s title is from the 1974 dog-centric children’s film Benji, which was one of Mark’s favorites growing up). It’s a move that could have resulted in an album that was ultimately sappy and/or esoteric, but instead Kozelek has giving his fans a most grandiose statement, that may very well go down as his masterpiece. For the first time in quite a while actually (perhaps not since 2003’s Ghost of the Great Highway) does Sun Kil Moon feel fully in it’s element, and not just because this is Mark’s talent, but it is his essence.

Sun Kil Moon (which has now become more of a solo project for Kozelek) doesn’t really change it’s aesthetic for Benji, so much as it just adjusts the focus. It could very well be considered a concept album, as recurring names, situations and themes come up within the album’s 11 songs, and the most common aside is death. With Kozelek now in his late 40s, he really does seem to be feeling an uneasy sense of mortality, and not just his own. “I don’t like this getting older stuff/Having to pee fifty times a day is bad enough” he sings on Richard Ramirez Died Today of Natural Causes, a track where Kozelek name drops not just the late serial killer of the title, but also James Gandolfini and Elvis Presley’s passings. The songs Carissa, Truck Driver, and Micheline are all about passed family members (Mark’s second cousin, uncle, and grandmother respectively), and Prayer for Newtown is a very intense song in which Kozelek recalls a series of brutal public shootings. It’s enough to make one ponder if The Funeral would have been a better title for this album, had another indie rock outfit not already used it.

Of course, this concern over death certainly brings up nostalgia for youth as well, although not always in the most comforting manner. On the song Dogs, Mark talks about his early sexual history in a dark and seemingly regretful manner – “Mary Anne was my first fuck. She slide down between my legs and oh my god she could suck/I went with her friend first but I couldn’t get it in. And when she caught me with Mary Anne her heart was broken.” – which actually reveals a lot about Mark’s frequently troubling lyrics about romance and sex. Still, he also makes it apparent that he’s lived with a melancholic frame of mind, and this is best elaborated in I Watched the Film the Song Remains the Same. This 10 minute song (which does indeed refer to the Lex Zeppelin concert film) finds Mark summarizing his 46 years in a nutshell, from his schoolyard days as an outsider, to his unexpected success as a musician. “From my earliest memories I was a melancholic kid,” he croons in the song, and also states that his sadness is something that he expects to always be with him.

It’s not all doom and gloom though, as Mark does sing of things in his life that do bring him great joy. On I Can’t Live Without my Mother’s Love, he reiterates that his mother is his best friend as well as protector, and laments the day that she will have to leave him. He also refers to his father on I Love my Dad and Jim Wise, the latter of which features Owen Ashworth on rhodes piano, as Kozelek recounts a day he and his father visited a friend on house arrest for helping his wife commit suicide. The song even ends with a fairly upbeat song, Ben’s my Friend, an ode to Death Cab for Cutie frontman Ben Gibbard, and even includes some jazz-esque use of horns in it. The result of placing such a track at the end of such a dark and dour record is akin to receiving that great surge of optimism one receives after overcoming a depression. A very welcome final track, that acts as a bit more than just a glimmer of hope.

So yes, Benji is a rather astounding record that should appeal both to his fandom and otherwies. It’s also certain to surprise people to discover that it actually improves on each listen, as while even if you feel you may have gathered all that Mark wants to say through an initial listen, returns will expose subtle uses of harmony and rhythm that really make you appreciate how the album is both elegiac yet forceful. A perfect album for late winter too, as I feel all of us are feeling a little bit of a need for transition right now.

2.) I Can’t Live Without My Mother’s Love

8.) I Watched the Film the Song Remains the Same