You are here: Home / ENTERTAINMENT / Then She Fell: Third Rail’s Immersive Dance Project 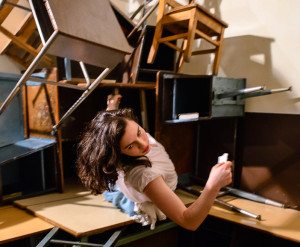 Before seeing this show, I had a lot of people tell me it was like “Sleep No More.” I haven’t seen “Sleep No More,” so, that reference really doesn’t do a whole lot for me, though I have a general idea of what an immersive theater project is.

I did participate in a dance performance that dealt with illuminated manuscripts and I think it was for the opening of a new library. Or fine arts building. Or something. It was modern and in college.

So, the first thing you should know about “Then She Fell” is that it is a very intimate mostly dance piece centering around “Alice in Wonderland.” Or is it the relationship between Alice Liddell and Lewis Carroll? Both? Neither?  The characters transport the audience around a multistory set, interacting and inviting each person to explore the phantasical world where nothing is what it seems. All the food is vegetarian. All the drinks, excluding the tea, are alcoholic, which ended up being a good thing, because I found myself antsy, like a kid, at times, wanting to explore the rooms, even when being presented with scenes from the performers.

I have to admit that I was a little nervous and frightened, at first. I was first reminded of the psychiatry hospital in the opening of “Return to Oz,” so I was nervous at how “whimsical” this was going to be. The show has its darker themes, though nothing frightening, beyond the unknown.  I can only guess that this was intentionally done to allow the audience to put itself in that tingly personal space that I get before going on stage or right when the restraints come off on a roller coaster.

Afterwards, I was chatting with a few of the other attendees, and each of us found out that there were certain places and things and people that each of us had seen that the others hadn’t.  Of course, this means that I plan to go back. Luckily, as well, I got to chat with Jessy Smith, one of the performers, about her experience.

1) How did you get involved with Then She Fell?

I went to an audition for Then She Fell at the [email protected] building (formerly the Greenpoint Hospital), where the show opened in 2012. My friend Zoe Schieber was performing with Third Rail Projects at the time and had only wonderful things to say about the show and the company. The audition was a mix of site-specific choreography, text and improvisation.  I knew I wanted to work with them when I left and luckily it worked out!

It’s unlike any performative experience I’ve had on the proscenium stage. We are so close and intimate with our audiences which can create a really vulnerable, exciting and beautiful space.  For me, this is the most fulfilling aspect of this kind of immersive work but it’s important (and our directors talk about this a lot) that we honor people’s choices and truly take care of them throughout the evening.

3) Does the experience change drastically with the audiences?

Third Rail has done over 750 shows and it’s different every night! You wouldn’t believe how many times we witness people make choices that are completely original.  It’s fun for us to see that happen.

4) Do you have any suggestions for someone going to the show for the first time? 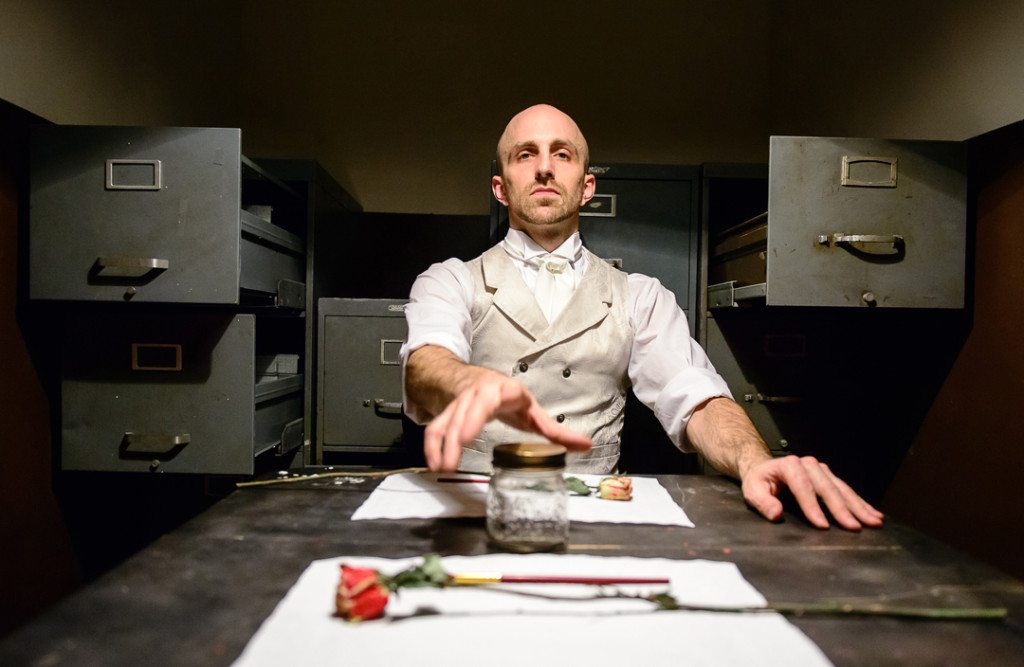 For ticketing, visit the webpage.