You are here: Home / ENTERTAINMENT / Album Review: Afghan Whigs – Do to the Beast 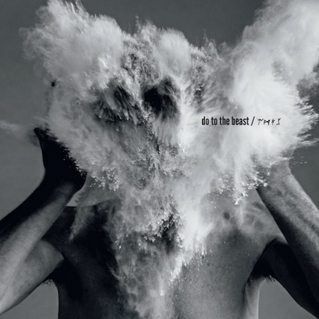 Afghan Whigs: Do to the Beast

Afghan Whigs may not be brought up as much as some of their other Gen-X peers(i.e. Rage Against the Machine, Foo Fighters), but that doesn’t mean they were any less a distinct yet universal voice for the 90s alt-rock explosion. While beginning as a post-punk/garage band, the Cincinnati quartet found more of their voice when they began to incorporate elements of soul and R+B into their music, and it eventually became clear that the band wanted to be seen as more of a class-act than others. They often performed wearing suits, and they avoided going for the childish trappings that made their contemporary acts more popular, plus, the band had the ideal frontman for their image in Greg Dulli, a man who would have one of the most fascinating on-record personas in popular music. He sang songs on being a lothario, but a tortured one, where he sang of broken romances and crippling excess, which actually felt close to the world of film noir (Dulli actually has a film degree from the University of Cincinnati), and the result was music that felt gritty, passionate, and fully realized. In my opinion the band’s three 90s masterpieces (Congregation, Gentlemen, and 1965) act as an indelible sequence for the band’s legacy, but the bandmates found themselves getting older and obligated by family around the time the 2000s rolled around, and the band broke up in 2001. Although the band had several brief reunions in the years that followed, the band officially reunited in 2011 where they toured again for the first time in over a decade, and now just a few months ago the band revealed that they were finally working on their first new album in 16 years, Do to the Beast.

I often avoid using the term “comeback album” as the label has become trite in recent years, although I suppose giving the long gap between this and last Afghan Whigs record, 1965, it does fit. Then again though, what exactly are the Whigs coming back from? While the band certainly had it’s mainstream exposure (Rolling Stone, a publication known for typically disregarding indie bands, called them “more than just a footnote in the annals of the Nineties alternative scene”), they were typically considered a fringe act, to arty for general listeners, and too grunge-y for indie appreciators. Still, they were critically lauded for most of their duration, and you can see that they are so fondly remembered by other icons of the era. The official announcement for Do to the Beast came from a tweet from actor/comedian Bob Odenkirk, who had made a chance encounter with Dulli who them gave Odenkirk his permission to do so, perhaps realizing how apropos that another underground (and snazzily dressed) icon of the era be the one to break the news. Also, the new record was mostly recorded at Pink Duck studio, which is owned by Queens of the Stone Age’s Josh Homme, a musician who I feel has come the closest to mimicking Dulli’s swagger and penchant for serious hard rock. All these factors should be enough to make any musician truly think back on how big the concept of a new Afghan Whigs record really is for the pop-culture land scape.

So how’s the album though? Fortunately it turns out to be pretty damn good, and seeing that Afghan Whigs was always a mature band, age has only added to the band’s complexion, even if it’s dulled a bit of their more adventurous qualities.  The album’s 10 track are all listenable, but a few come off as fairly generic (i.e. lead single “Algiers”) which used to be unheard of from the Whigs back when they were at their peak. However, the album shines brightest when Dulli lets the songs build up from minimalist introductions into towering compositions. On “It Kills”, the song starts with a simple piano fixture and Dulli singing “Over and over I get to know myself”, which eventually transitions into a much more full-bodied and wholly satisfying composition. Then on “Lost in the Woods”, it also begins with a similar intro with Dulli crooning over a simple piano tune, but then it evolves into a busy chorus, and from then an incredible guitar solo that lets you realize the band’s heart was really in the right place for this track.

Dulli’s time outside of the band would not appear to have been the happiest, as he admits he primarily worked as a bartender during this time, and that he partook in plenty of drug use. Perhaps for that reason, just like the Whigs’ previous albums, Do to the Beast feels most sincere during the moments when Dulli comes off just as masochistic as he his masculine. The man is nearing 50 now, so while we may not hear any lines like “you can fuck my body/but you can’t fuck my mind” here, it’s also clear that relationship troubles are still a fixation for  him. On the album’s first track, Dulli sings “You’re gonna make me break down and cry” in a swoon that would make D’Angelo jealous. Still it isn’t all Dulli’s show, as he has R+B singer Van Hunt perform vocals on “It Kills”, making it clear how much Marvin Gaye has continued to have on the band’s definitive sound. Plus, the rest of the band members feel as in tune with each other, never once faltering or conflicting in their musicianship with each other, which isn’t particularly easy giving all the different styles the band incorporate.

Do to the Beast isn’t likely to be remembered as one of the Afghan Whigs best albums. It lacks the polish of the band’s aforementioned classic trilogy, and the album certainly isn’t trying to do anything different. Still, there are enough moments on the album that just scream vintage Whigs, and it just feels so riveting to hear another album from these guys a decade-and-a-half-later that still feels vital and heart-felt. Whether you’re a newcomer or a longtime Whigs fan, Do to the Beast is certain to leave you saturated, and appreciative of a rock genre you may have long thought dead (or even non-existent).