You are here: Home / ENTERTAINMENT / ARTS / Solo Shows: “Riding the Midnight Express” and “Bad With Money” 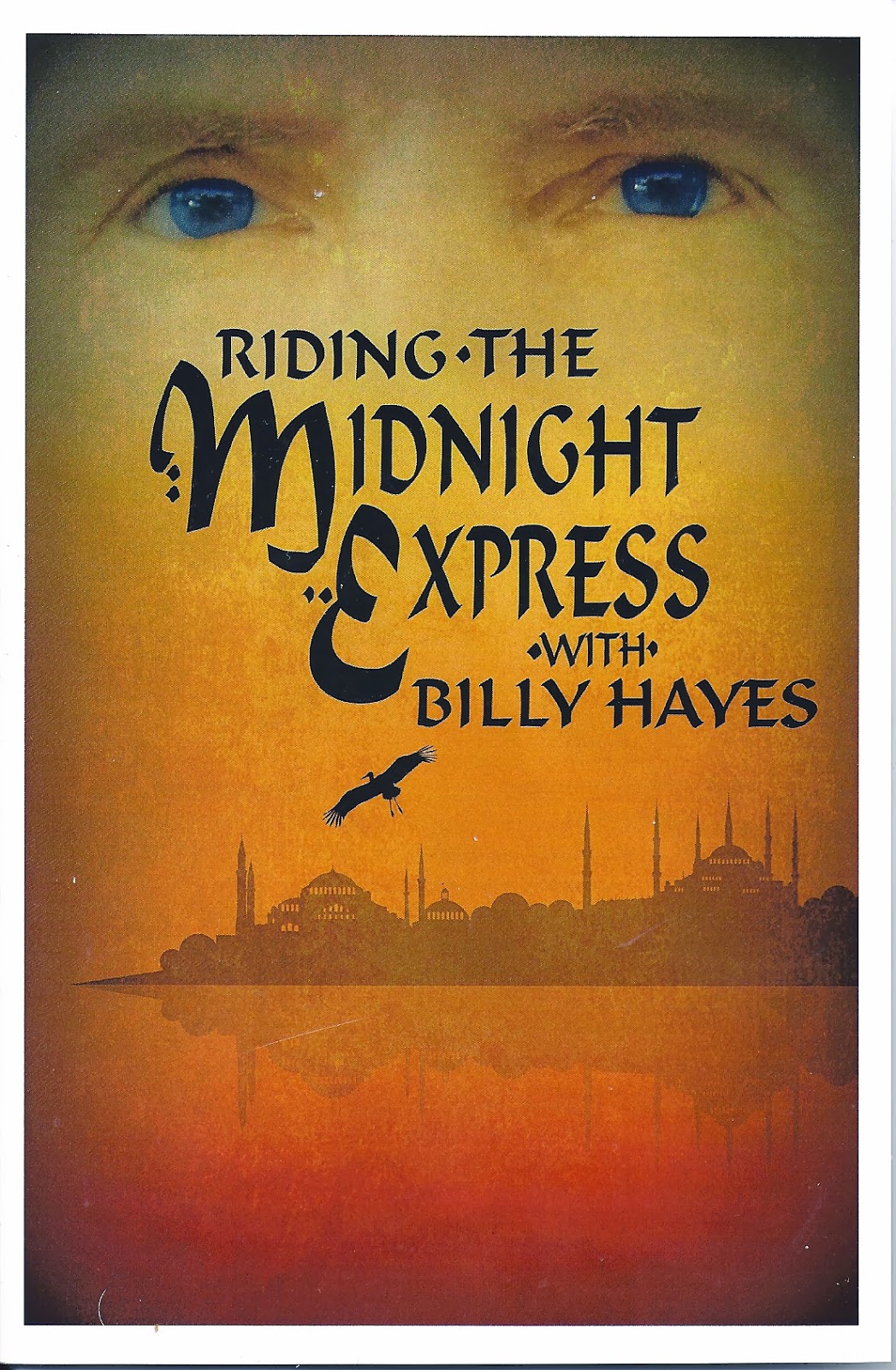 Riding the Midnight Express is a nearly unbelievable (but true) tale about Billy Hayes, a young man who was arrested in 1970 at the Istanbul airport for possession of marijuana. Sentenced to life imprisonment, he escaped after five years and returned to the U.S. Here, he wrote a tale which was translated into 18 different languages and became an American best seller. Hollywood heavyweights Alan Parker and Oliver Stone turned the work into a successful film as director and screenwriter, respectively. The movie was released in 1978 and the title was shortened to Midnight Express.

Now, Hayes is 67 years old and is recalling his escape to freedom in his one man show, currently running at the Barrow Street theater. Is it a gripping story? Sure. Is our leading man a captivating personality? Absolutely. But, is this actual theater? Not really. In 70 minutes, Hayes spins his tale, perched only a single bench with a static projection of amber lit hues as a backdrop. While great theater need not rely on the gimmicks of large sets and splashy costumes, it seems that Hayes could have accomplished the same goal by promoting this as a TED talk or cabaret piece. He does, after all, beat this same drum in lectures and talks throughout the country.

It is obvious that Hayes wanted to confine his tale to this one specific incident in his life, and yet we never get a clear picture of who this man really is. Aside from the folly of youth, what was his motivation? He does manage to correct some of the misrepresentations of the film, which was a much more sensationalized cinematic treatment. Still, one gets the feeling that this is simply a self promoting marketing vehicle for Hayes and with many other fine solo shows jockeying for attention, reading his book might be a more affordable alternative. 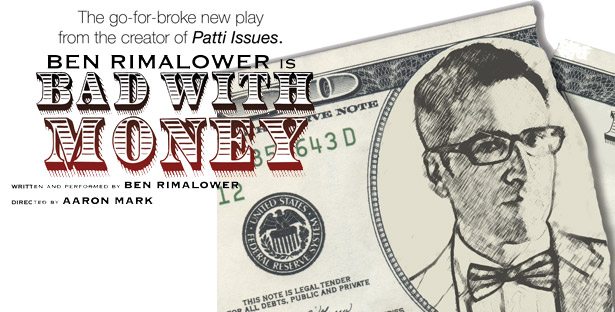 Just a few blocks north of the Barrow Street Theater, Ben Rimalower is tackling difficult topics with humor and honesty in his one man show, Bad With Money. Rimalower, a well known figure in cabaret circles, authored and starred in the smash hit solo show, Patti Issues, where he recounted his obsession and eventual interactions with stage and screen diva Patti Lupone.

He returns in a show that is even more personal, intimate, and soul-baring. Here, Rimalower takes us through his financial history, beginning with the debt accrued on his first credit card to attending (and then shirking) Debtor’s Anonymous meetings. In between, he acquires cash in ways unimaginable to most. The results are both hilarious and heartbreaking. While this cabaret piece does maintain its’ focus on Rimalower’s economic woes, he also confronts his other self medicating addictions with substance abuse. It is a brave and courageous move that pays off (no pun intended) through his engaging narrative. Aaron Mark’s keen direction has served the show’s writer and performer quite well. One only wishes the he would close the loop by detailing how he was able to dig himself out of the deficit.

Rimalower acknowledges that “money talk” is the most taboo subject-and he is absolutely correct in his observation. His show will strike a chord with anyone who has attempted to roll like a Rockefeller on a barista’s budget. If we’re truly honest with ourselves, we can probably admit that most of us have  walked this same precarious road–but without the fabulous, blaze of destruction stories to accompany it.

Bad With Money runs through December 18th at the Duplex, 61 Christopher Street at 7th Ave. South. For tickets and information, visit http://badwithmoney.net