You are here: Home / ENTERTAINMENT / ARTS / TEDx Broadway: Improving the Stage by Opening the Mind 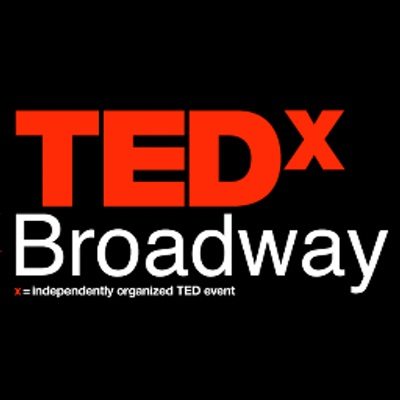 What does Adam Sobel, an atmospheric scientist from Columbia University have to do with the future of Broadway? What can Laurie Santos, an associate professor of Psychology from Yale University teach us about how we interact with the theater world? What insight can Ben Wellington, a computer and data analyst share that will give us a deeper appreciation for the performing arts?

These three individuals, along with other accomplished industry leaders will take part in the fourth annual TEDx Broadway Conference at Manhattan’s New World Stages on Monday February 23rd, 2015.  Their goal? To help answer the overall question: “What is the best Broadway can be?”

TEDx Broadway was founded and organized by Damian Bazadona (founder of                                                       http://www.situationinteractive.com/)  and Jim McCarthy (CEO of https://www.goldstar.com/).  Both media mavens discovered a knack for uniting some of the most creative minds from a variety of fields. Last year’s speakers ranged from EGOT (Emmy, Grammy, Oscar, and Tony) winner Robert Lopez to Dr. Ainissa Ramirez, a scientist who enjoys breaking down science to the general public.  The  sold out event received critical acclaim from Variety magazine, the Huffington post, and other notable media outlets.

In addition to those previously mentioned, this year’s roster also includes Benj Pasek and Justin Paul, Tony nominated songwriters of Broadway’s A Christmas Story and composers of Off-Broadway’s Dogfight.  Ayad Akhtar,author of the novel American Dervish and Pulitzer prize-winning playwright behind the controversial drama Disgraced will also speak,  and Leslie Koch, president of the Trust for Governor’s Island will discuss how a large portion of this former military base on the southern tip of Manhattan has been redeveloped and turned into a popular destination spot. This is just the tip of the iceberg, folks.  Sit back, learn, and be inspired by the innovative thinking that this year’s conference will ignite. The complete list of speakers and registration information can be found at http://www.tedxbroadway.com/tedxbroadway-2015. Follow @TEDxBroadway on twitter.