You are here: Home / ENTERTAINMENT / ARTS / Theater Review: THE MALE INTELLECT: AN OXYMORON 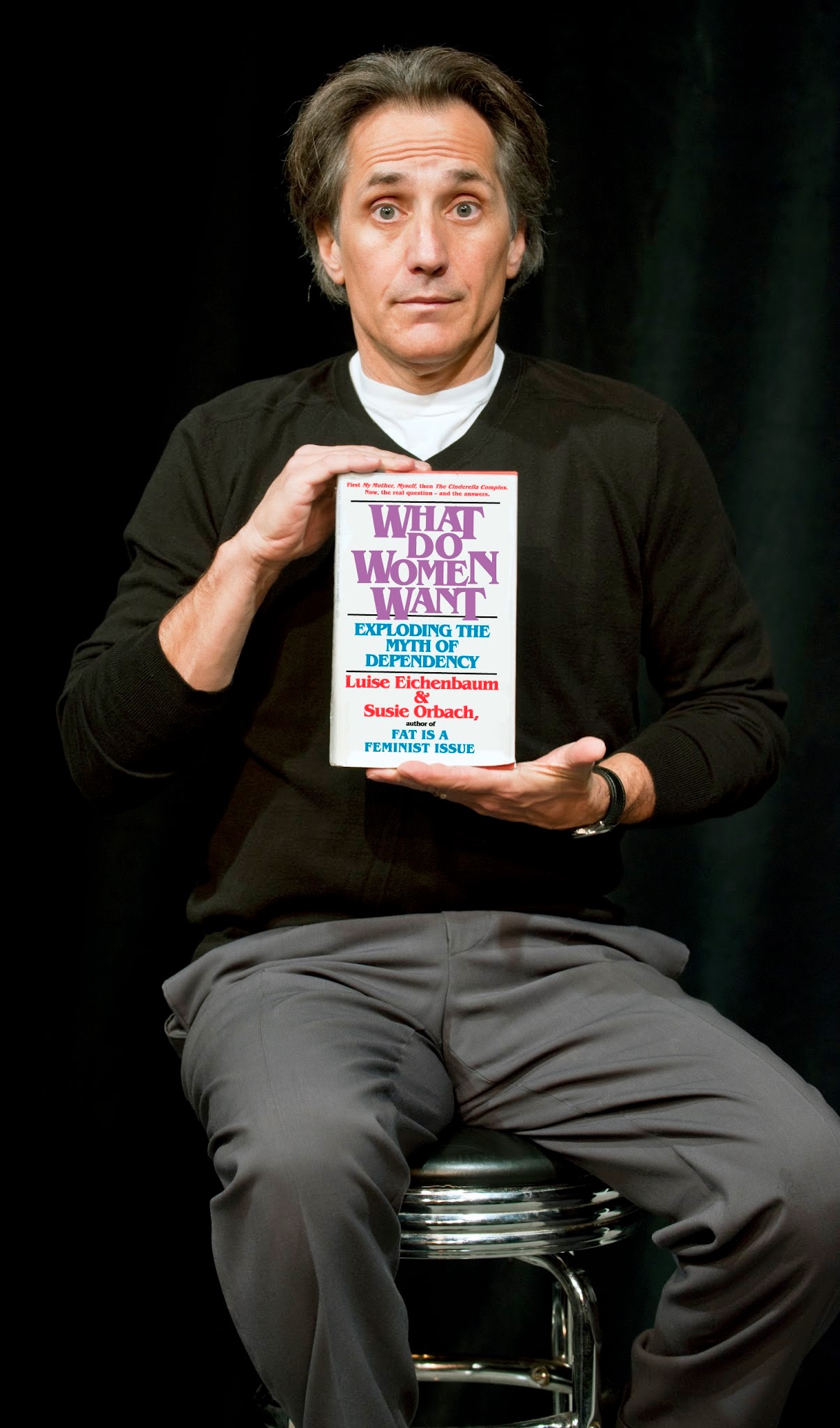 He’s got polish. He’s got charm. He’s got a pleasing personality. The only thing he’s missing is a calendar and an updated sensibility. Someone needs to tell Robert Dubac, the star and writer  of The Male Intellect: An Oxymoron that it is no longer the 1980s. We’re now living in 2015 where cordless house phones are nearly obsolete. In addition, jokes that paint women as shrews and an age where homosexual tendencies are to be feared are ..what’s the oxymoron I’m looking for? Oh yes- Pretty disgusting!

Dubac’s “story” begins as his girlfriend dumps him. He then spends the remaining 90 barely endurable minutes contemplating what went wrong as he reads dated hardback books and seeks the advice of his other male friends, all of which are played by Dubac himself. These include an elderly man, a french man, a “cool man”, and a drill instructor. The jokes are hackneyed and cliched and do virtually nothing to bridge an understanding between the sexes. 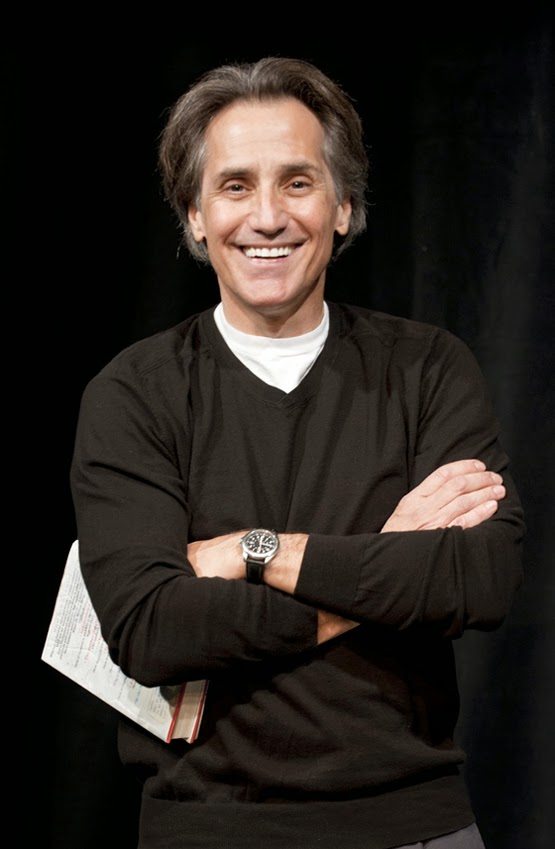 With a Los Angeles style and an eighties demeanor, it is obvious that Dubac has been trucking his show around for quite some time. One look at his website indicates that future cities will soon be victimized by his brand of comedy. For now, New York will be stuck with him until April 26th, where he will perform his other solo piece, The Book of Moron, in repertory at Urban Stages.  I had planned to see that as well, but decided instead to stay home and sniff rubber cement, an act that is likely as entertaining. 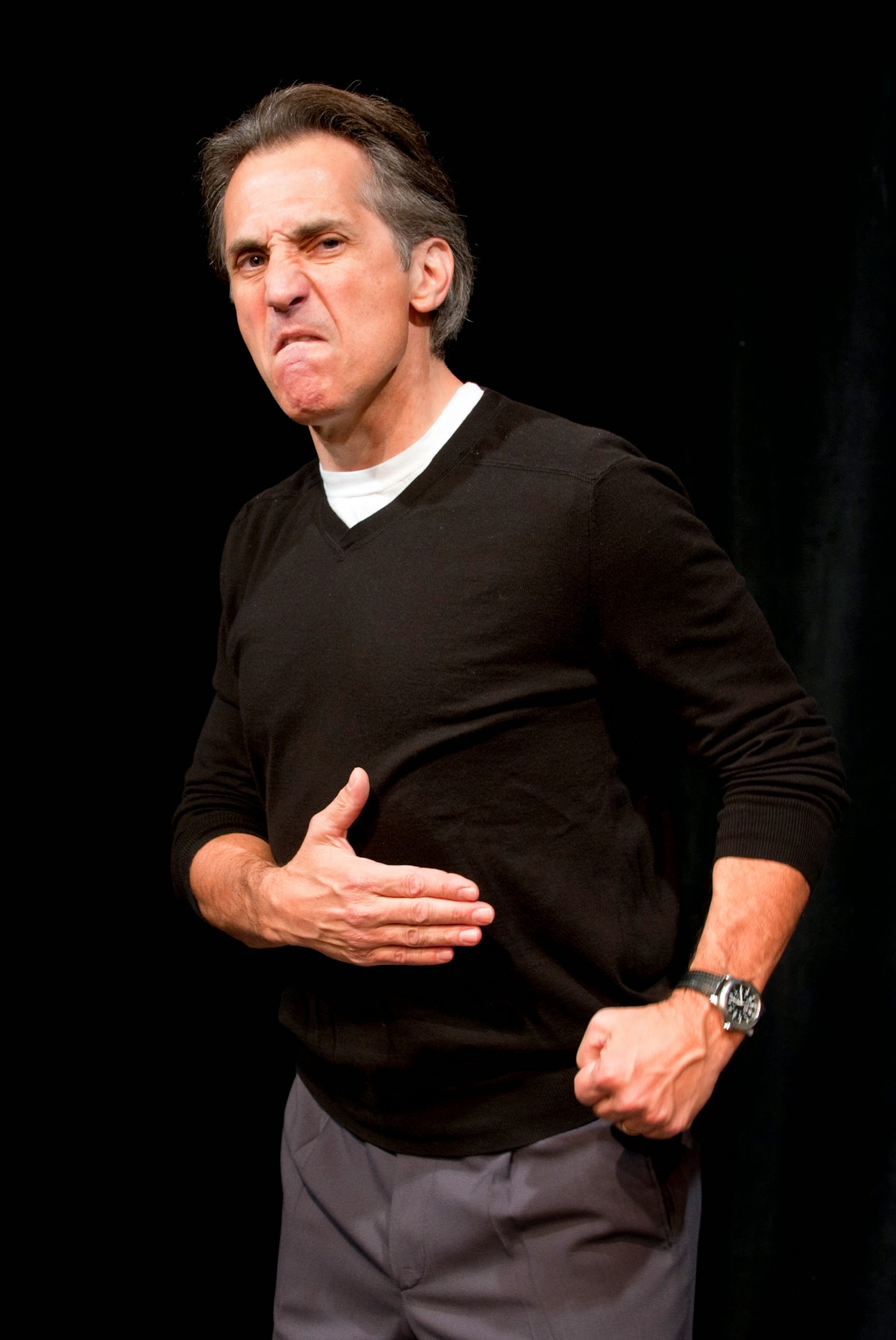 To be fair, the audience  feasted on his material at a recent performance, so clearly it is amusing to a particular demographic– a crowd which laughs out loud at a man who wiggles cigarettes in his ears– A knee slapper, huh?  Perhaps he should book a venue in Indiana? Adding to the injurious nature is Dubac’s post theater talkback, where he shamelessly hawks his own videos of the show.

Urban Stages typically brings thoughtful  and innovative works to their roster, but somehow this one slipped passed  the radar.  Dubac’s stage presence is solid, but he would fare much better with fresher material and a modern sense of humor.

The Book Of Moron and The Male Intellect: An Oxymoron?  Tickets may be purchased at SmartTix.com or by phone at 212/868-4444.For more information about Urban Stages, please visit UrbanStages.org or call 212-421-1380.