You are here: Home / ENTERTAINMENT / ARTS / Theater Review: THE TWO GENTLEMAN OF VERONA 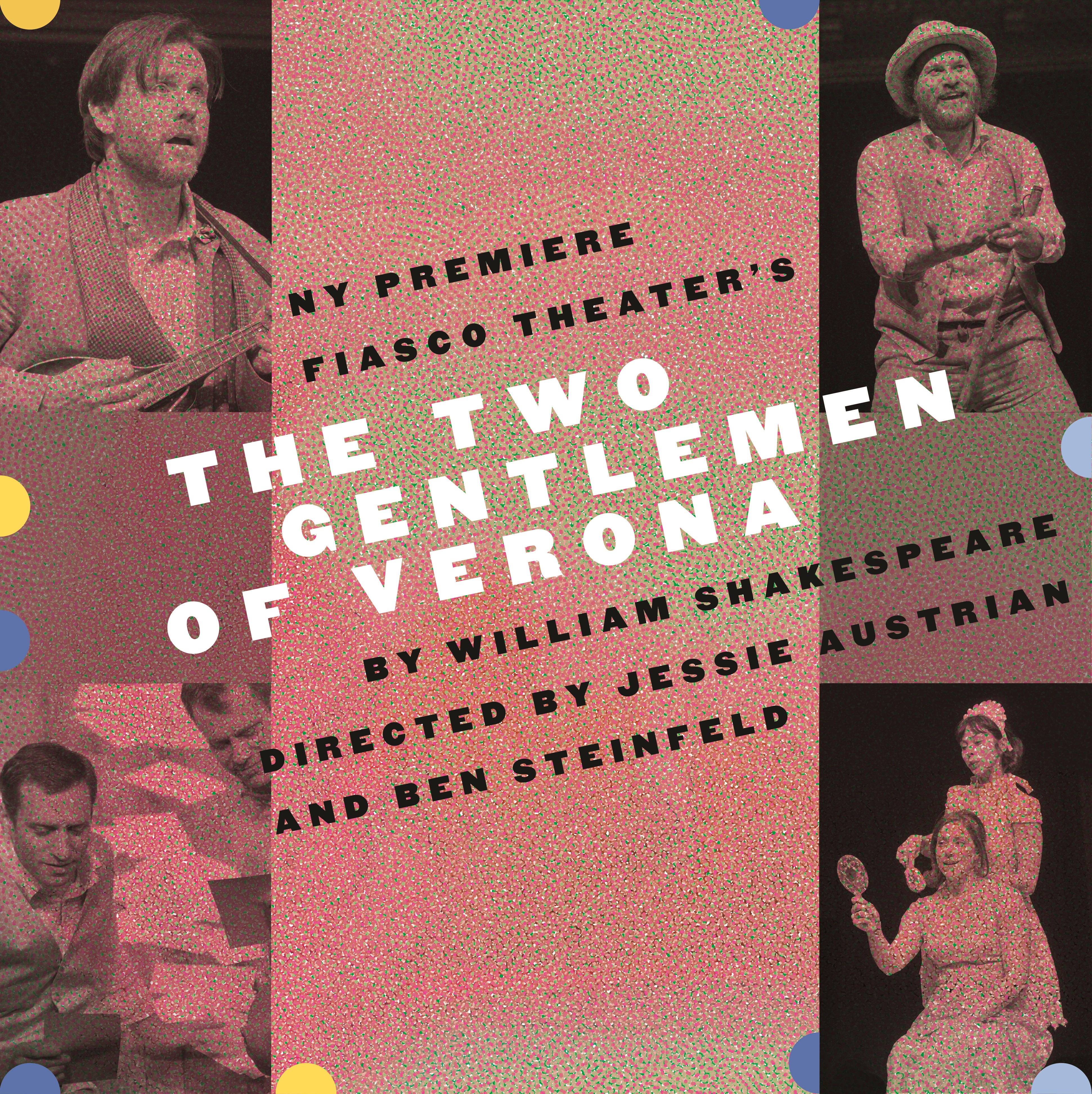 To paraphrase the Academy Award winning song, “Love Is a Many Fickle Thing.” Or so it is in Fiasco Theater’s pastel painted production of Shakespeare’s The Two Gentleman of Verona, now playing at Brooklyn’s Polonsky Shakespeare Center.

Directors Jessie Austrian (who also stars) and Ben Steinfeld have infused the Bard’s speculated first play with a polished cast and lots of pretty eye candy, making it a perfect choice on a breezy spring day.

Proteus (Noah Brody) and Valentine (Zachary Fine) star as the leading men who part ways when Valentine decides to leave Verona and go to Milan. Proteus stays behind and declares his undying affection towards Julia (Austrian). When Proteus’ father encourages his son to follow Valentine, Proteus  and Julia vow loyalty to one another.  Proteus departs to Milan. Meanwhile, Valentine  has fixed his eyes on Sylvia (Emily Young), the Duke of Milan’s daughter. Lady killer Proteus arrives in Milan and also falls for Sylvia and yet she wants little to do with him since he has cheated  on both his best friend and avowed lover, Julia.  Along the way, there are other deceits and disguises but in true lovers’ fashion-SPOILER ALERT-they all live happily ever. Cute and clever directorial touches including a human canine, a silly “female” maid, and nicely performed madrigals add to the fun and frivolity of this romantic comedy.

Fiasco is unquestionably an antonym to the excellence that this company employs. Earlier this year, they staged a critically praised production of Into The Woods at the Roundabout Theatre and are continuing to uphold their quality reputation is this thoroughly enjoyable and accessible classic.

The Two Gentleman of Verona presented by Fiasco Theater. Now playing (with a recently announced extension through June 1st) at Theatre for a New Audience’s Polonsky Shakespeare Center 262 Ashland Place, Brooklyn. For tickets and information, visit  tfana.org, or by phone at (866) 811-4111.