You are here: Home / ENTERTAINMENT / ARTS / Theater Review: AN ACT OF GOD 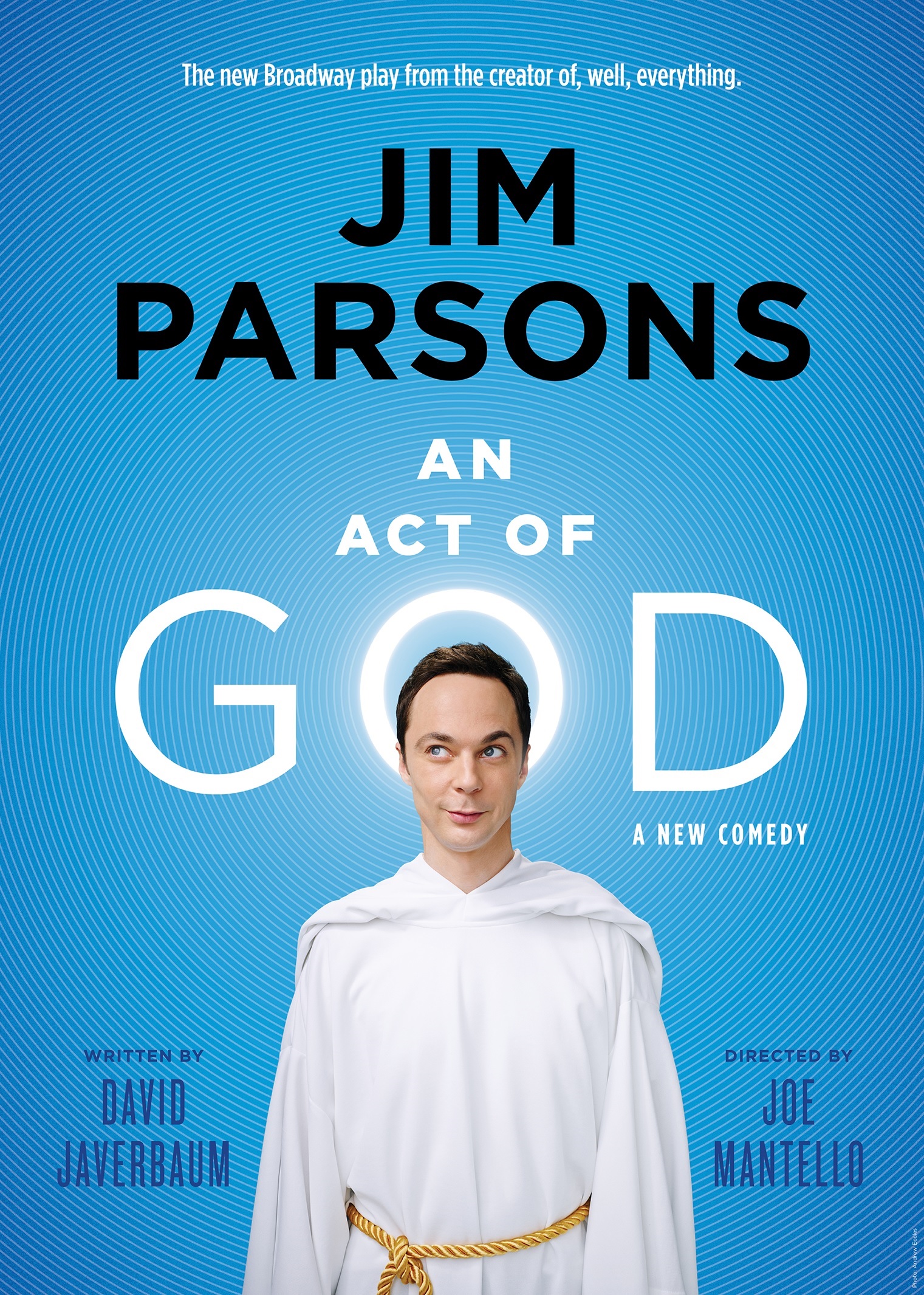 Theologians and spiritualists have long believed that God can be found in the most unexpected of places. Studio 54 is probably the last locale they’d suspect, but that is exactly where the Creator of the Universe is currently taking up residency in the form of actor  Jim Parsons.

Parsons, best known for his four-time Emmy award-winning role as Sheldon Cooper in television’s The Big Bang Theory  makes yet another award worthy turn in David Javerbaum’s  play,  An Act of God. Donning a white robe and perching himself against Scott Pask’s appropriately pure white set, Parsons, along with his angelic sidekicks, Michael (Christopher Fitzgerald) and Gabriel (Tim Kazurinksy) muses on the current state of society. He offers a glimpse into the traditional Ten commandments (“I never meant for it to define Me, to be the one work of mine everyone quotes and debates and interprets”),  and creates a new set of edicts (“Tonight, I shall give thee a new Ten Commandments, one that will forever end that uncertainty regarding what it is I desire from humanity that has caused so much bitterness and hatred among you over the millenia, all of which I found very flattering.”) 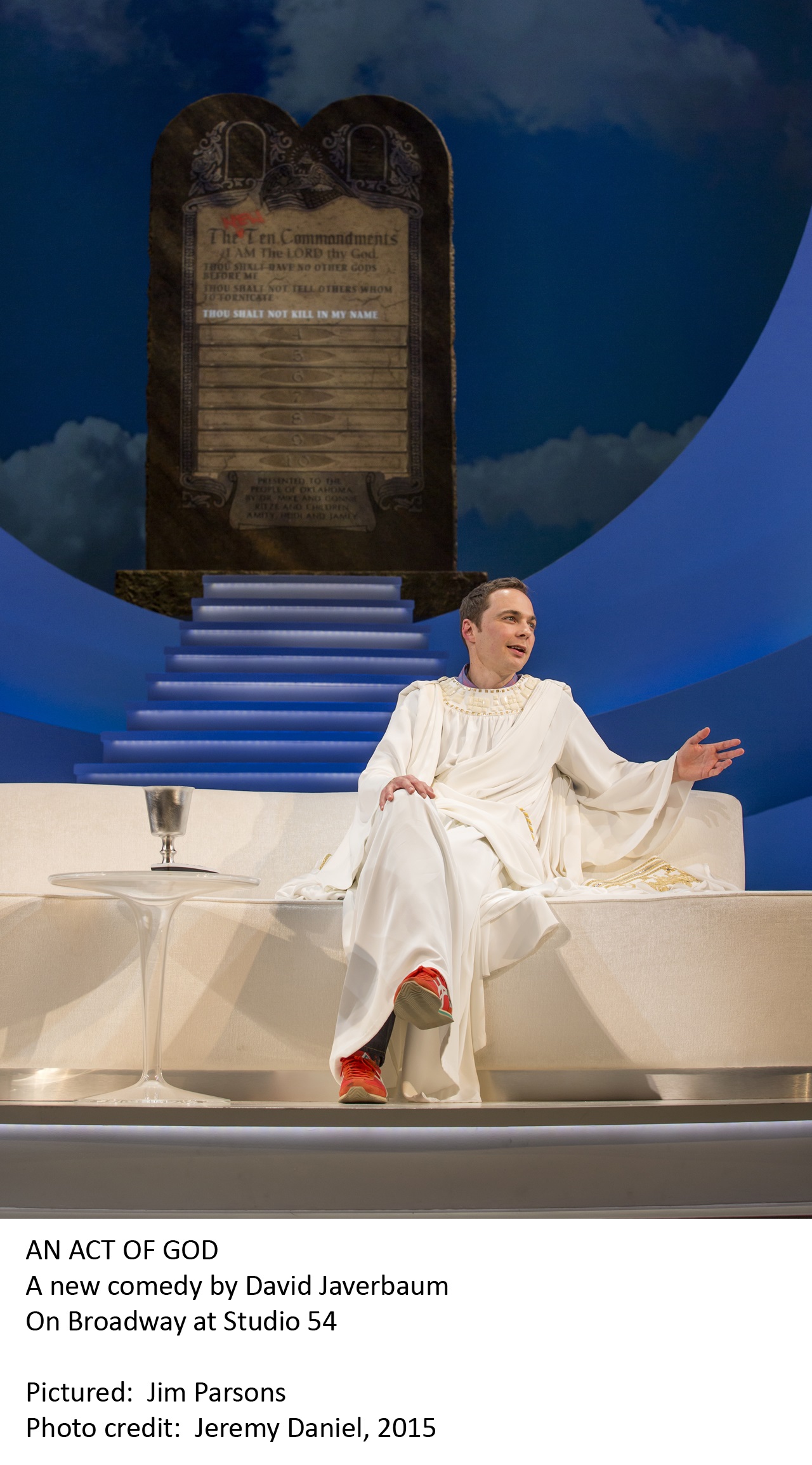 The philosophical topics, including Creation, the Garden of Eden, what God should or shouldn’t damn or bless, and gun rights, are  derived from both Javerbaum’s comedic book of the same name and his popular twitter feed.  Is it blasphemous? That question is as debatable as the holy scripture itself. Still, there is much thoughtful commentary to consume in this 90 minute celestial comedy cloud. When extremist groups use religion to support their often irrational behavior, doesn’t it  make sense for a Deity to ask human beings to stop killing in His name? “Not that I don’t appreciate it,” He jokes, “But I want you to stop killing in my name, because it’s patronizing.”  ISIS, can you hear me?

Parsons timing is as immaculate as…well… a biblical conception!  But while the spotlight rightfully focuses on him, one shouldn’t underestimate his co-stars, Fitzgerald and Kazurinsky, who skillfully make the Almighty even mightier with their deadpan deliveries.

An Act of God is perfect summer fare, but latecomers be warned: the King of the Universe will point out your tardiness to the rest of the audience. But lighten up for heaven’s sake; redemptive amusement is sure to follow. 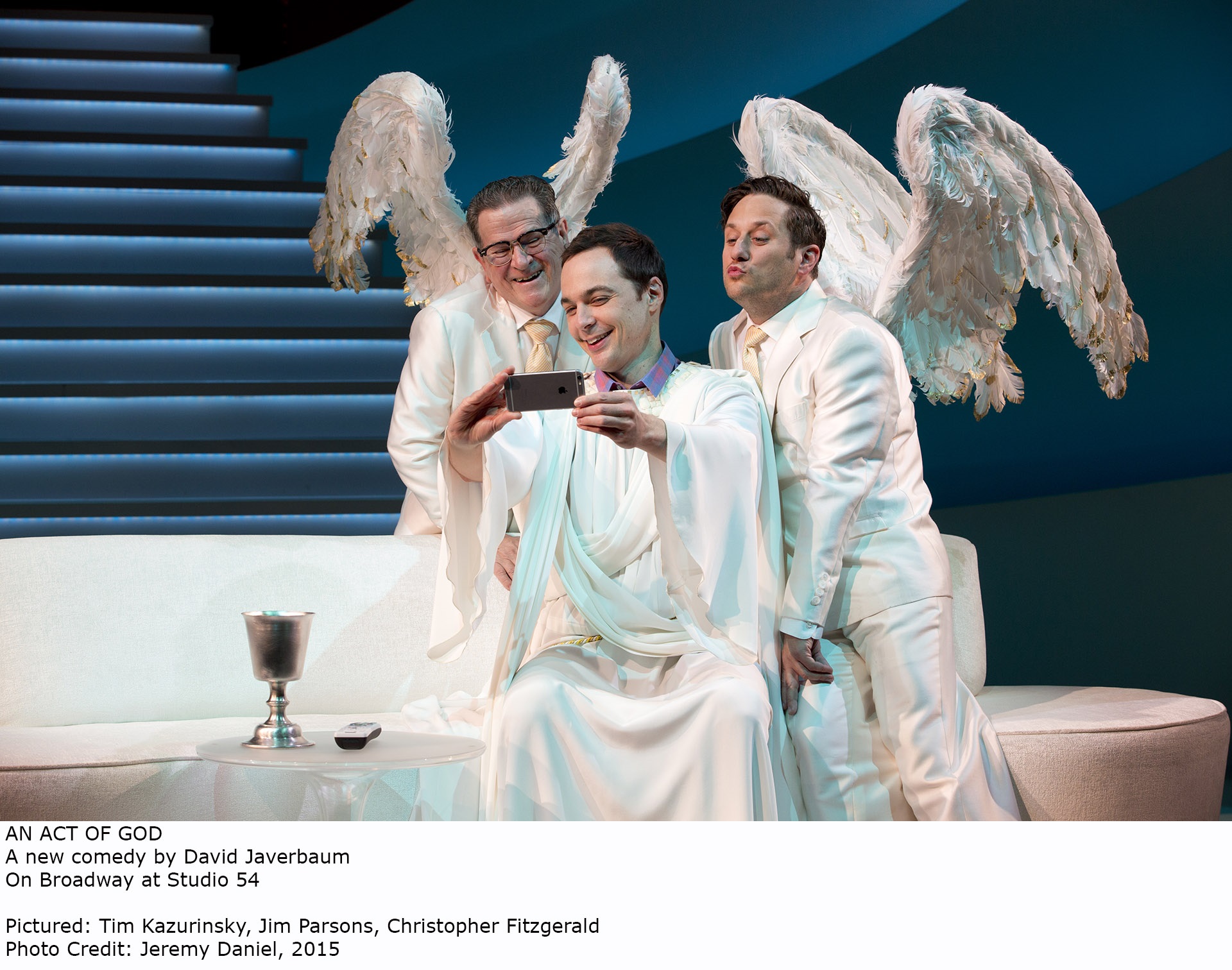 An Act of God is now playing through August 2nd at Studio 54 (254 West 54th Street between Broadway and 8th avenue). For tickets, visit the box office or online at: https://www.telecharge.com/Broadway/An-Act-of-God/