You are here: Home / ENTERTAINMENT / The Long Trek to See Death Grips Live 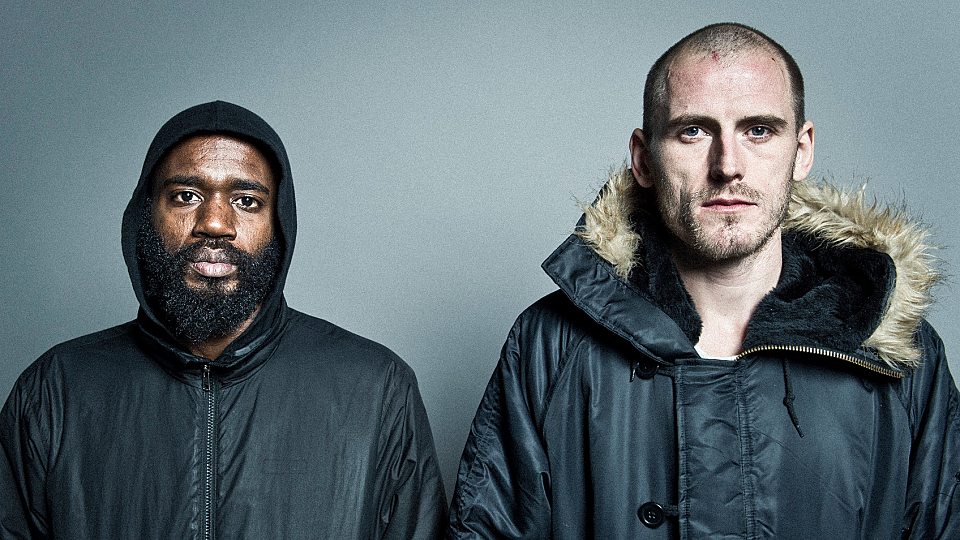 I was initially asked by my editor to write an article about my weekend spent at Brooklyn’s Afro-Punk fest (August 21rst-23rd). While I promptly felt up to the challenge after being offered the role, it became lucid to my understanding that it would be a bit difficult for me to write an article encompassing the festival as a whole. I was only going to be there for two of the three days, and my knowledge of the festival’s history and promotion was limited. Therefore, I found that it would be far more impromptu to write a piece surrounding the act I was most eager to see perform at the festival that year: Death Grips.

Death Grips is an act I’ve been fervently following for the last three years. A three-piece from Sacremento, California the group is often referred to as an experimental hip-hop group, as much as being a rap-metal band (I personally like to refer to them as post hip-hop). After hearing their debut studio album “The Money Store” back in 2012, I quickly became a fan of their avant-garde-esque delivery, and raw sense of expression. Death Grips was a name that carried the rage of young men, only carrying a stigma of intelligence to it that appealed to an older audience as well. The group’s two musicians (Zach Hill and Andy Morin) were certainly instrumental for giving Death Grip’s it’s signature sound, but of even more fasciation to me was their frontman. Stefan Burnett (aka MC Ride) was a rapper/vocalist that brought new meaning to the moniker “black skin-head” with his towering physique, shaved head, ripped torso, and unfiltered sense of anger. He was clearly the piece that made Death Grips more than just another electronic act. With complex song-writing, an enigmatic aura around their lives, and cryptically unsettling lyrics (“She shoot pussy through your chest you die!”), Death Grips were the real fucking deal!

So it didn’t take long for me to jump on their bandwagon, but what was more problematic was actually getting to see them live. The group quickly became notorious for canceling shows, allegedly so they could work more on their music. I for one bought a ticket to see them play at Webster Hall in New York back in the summer of 2013, but my plan was ill-fated. A week before my show, they were set to play an after-party at Lollapalooza, but never showed up. Instead, keeping with Death Grip’s dark sense of artistry, they had a backdrop on stage which projected a suicide note sent to them by a fan while their music played off of a computer. Members of their would-be audience rushed the stage and trashed their equipment, which encouraged Death Grips to cancel the remainder of their tour.

Then in 2014, the group was set to open up for Nine Inch Nails on  their American tour, but then announced that they were “breaking up” and removed themselves from the line-up. Giving the group’s degree of fidelity to both their fan base and the media in the past, it had to be taking with a grain of salt that they actually disbanded (they didn’t), but it still was a shock that they wouldn’t tour with a huge act like NIN. They were obviously throwing away a large sum of money and mainstream exposure for whatever reason they were doing this. It made me think, perhaps they are one of the few acts that care about their music/art more than monetary gain…like I said, they’re the real fucking deal.

So now, here comes my lucky year! In 2015 the group finally released their new double-disk album “The Powers That B”, and actually started showing up for their shows *gasp*. Upon hearing that they would be performing at Afro-Punk this year, I became ecstatic albeit in a cautionary sense. Afro-Punk was a festival I had been attending for the last four years, and it’s underground-esque aesthetic certainly meshed with that of Death Grips. I promptly bought my $70 weekend pass (for an event that was previously free), with a flicker of hope that my three years of patiently waiting would finally pay-off.

It did! Death Grips took the stage around 9:00 on the Saturday night of the festival, as the penultimate act before headliner Grace Jones. Right off the bat these guys showed they weren’t about bullshit. They didn’t say who they were, or that they were glad to be at Afro-Punk (leave that shit to Danny Brown!), and just got on stage and played fucking music. It was all I could hope for and more. They just displayed the raw power, and all-encompassing sound I was hoping for, along with a mosh pit (which I refrained from joining, but appreciated its presence). It felt akin to seeing a great noise band like Big Black or Jesus Lizard in their prime, and really reminded me what getting high off a performance feels like. Also, I might have lost a few pounds in sweat too!

Ultimately, I’m thankful it took me so long to see these guys. Upon first discovering them I played their music a lot, and while they’ve never stopped being a fixture on my playlist they became less frequent. Seeing them live reminded me of the sheer rush I heard the first time they banged through my head-phones, especially as they approach their music differently through their live shows (different instruments and soundscapes). Still, with the same furious delivery, and the indelible Stefan Burnett it’s unquestionably Death Grips. If I ever see these guys again (which will hopefully be soon) I just know that the results will be satisfying, just much less climactic.