You are here: Home / ENTERTAINMENT / ARTS / An Interview with Lesli Margherita: The Queen is a Broad 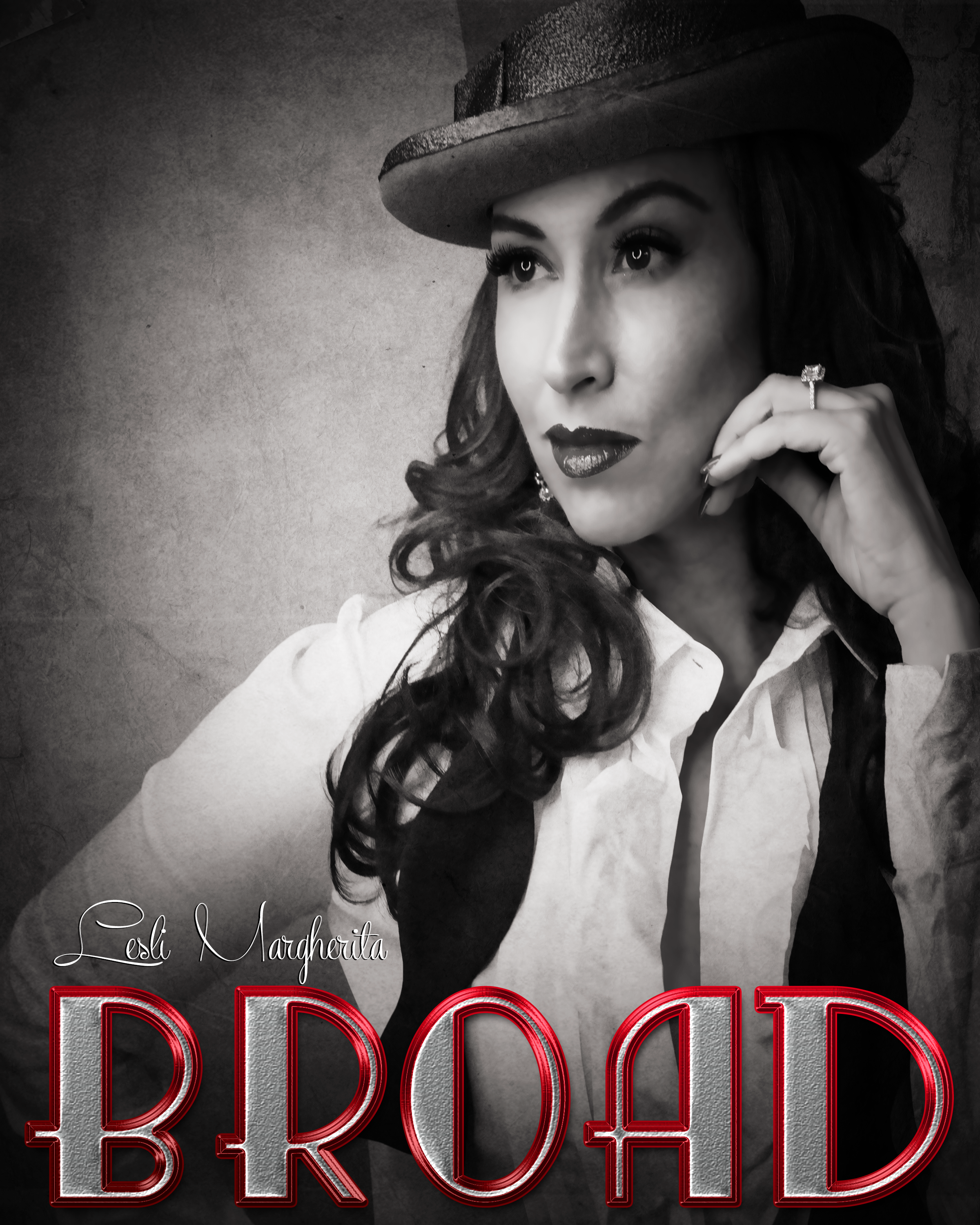 If you happen to be Christmas shopping for Broadway star Lesli Margherita this year, here are a few helpful hints: Science fiction books rate high on her list of favorites, along with the music of megastars Celine Dion, Cher, Barbara Streisand, Bette Midler, and Janet Jackson.  Hip-hop also gets her vote.  When it comes to clothing, Marchesa gowns grab the eye of this self-proclaimed, “fashion whore” who also prefers to mix and match higher end apparel with simple, everyday, Forever 21 pieces.  But do not even think of bringing her reggae or any music of the folk genre.  “It’s too hippy-ish and it’s just not sparkly enough,” said the Olivier Award winning actress who originated the role of Mrs. Wormwood in Broadway’s Matilda. “I’m so gaudy. I’m so tacky. I’m so Italian. The more rhinestones or bling, the better,” she joked recently in a sit down interview at the Helen Hayes theater where she stars as  brassy diva Mona Kent in Dames At Sea.

The inexhaustible actor prepared for her current role while she was still performing in the smash hit Matilda, located across the street in the Shubert theatre. For three weeks, she went back and forth between rehearsals and performances. “I wouldn’t recommend it to anyone, but that scenario just never happens,” she said. “I knew that my last week at Matilda  would be my 1000th  performance and I really wanted to be there for it.” Her energy prevailed, however.  As the over the top, scene stealing mother in Matilda, Margherita had kept herself in top physical shape with spin classes. Now, she is shaking her wicked legs in the tap heavy Dames At Sea  in which she single-handedly opens the show with a solo song and dance number. Although her recent shows hadn’t focused  on tap-dancing, the skillful triple threat- who had started tap dancing at the tender age of 4- wiped the dust from her tap shoes and quickly reacclimated to the form.

On Monday November 30th and December 7th, Margherita will appear in a more intimate venue as she takes to the stage at Birdland for her new solo show, Broad, which explores sultry and sassy women who have made Lesli…Lesli. With a 5 piece orchestra, she’ll be performing songs of Sophie Tucker, Jessica Rabbit, Judy Garland, and other personalities who sang banned lyrics from past decades.   It’s a bit of a diversion from her usual material, All Hail the Queen, a show based a persona she adopted from childhood. “I called myself a Queen growing up,” she explained. “And when I thought about putting a solo show together, I wanted to create a character similar to Bette Midler’s Divine Miss M, so I came up with the idea of “Queen Lesli’ (also her current twitter handle). As an uber diva, things are constantly going wrong for Queen Lesli so in reality, the shtick relies more on self-deprecation than superiority. “It’s not that I think I’m better than anyone. My message is ‘rule your own kingdom. Be the king or queen of yourself and don’t let anybody rule you’.  It’s a positive message.” It’s also a popular one, as Margherita’s twitter feed provided  the basis for her book, Neck Punch and Carry On, available here.

“I’m glad I didn’t call myself ‘Fart Leslie’ or something like that”, she laughed.  We are too, Queen. We.Are.Too. 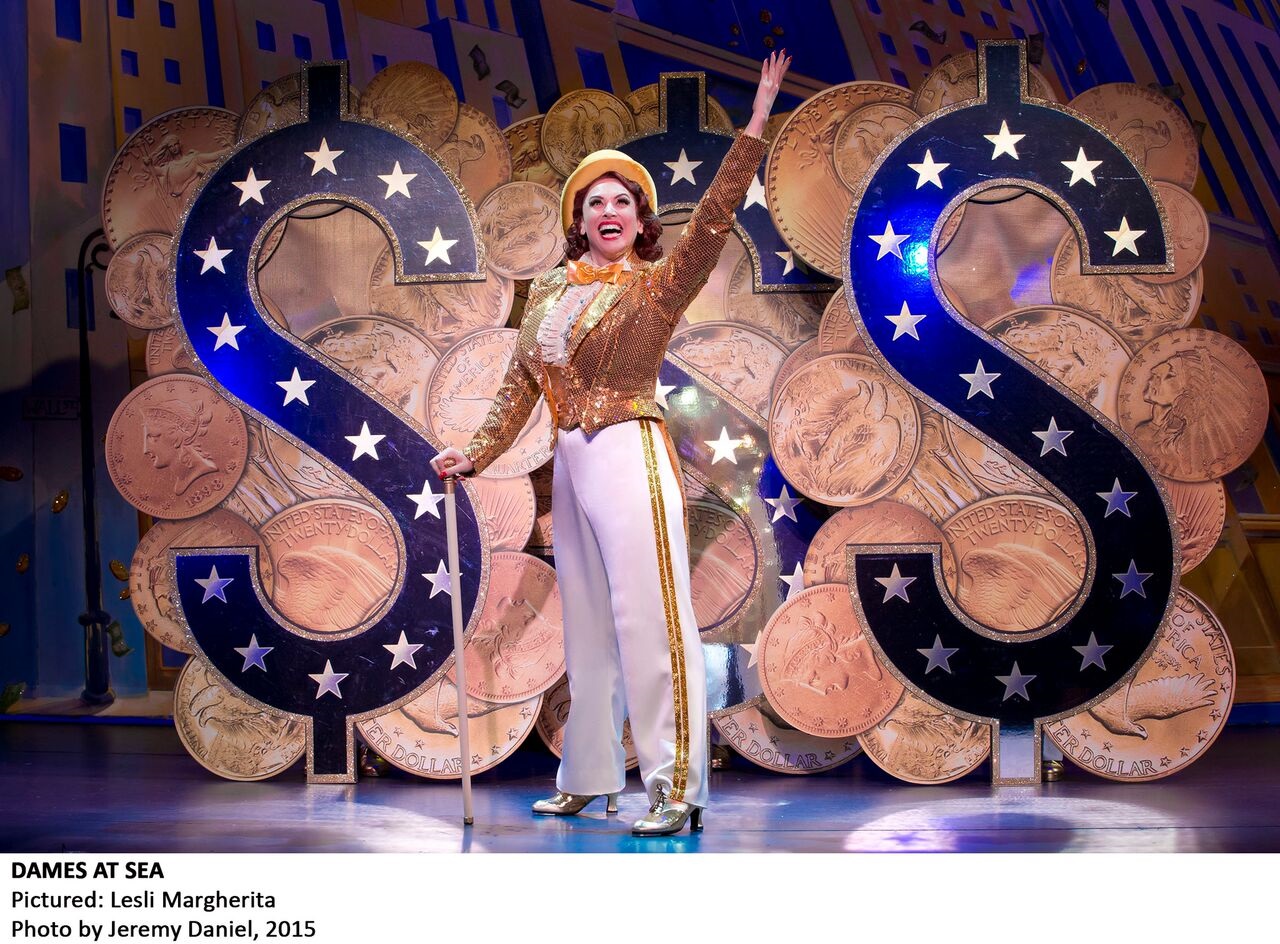 Margherita became hooked on performing at an early age after witnessing a clumsy orphan in the stage version of Annie in San Francisco, close to her home in nearby Fremont, CA. “I saw this kid in the cast mess up some steps and I was so irritated! The next year the tour was coming through the area again, so I auditioned.”  The determined youngster was told by her parents that she might be cut  and they warned her not to be too upset if that happened. After hours in the audition room, she walked out, looked at her mom and said, “Well, I got it!” She soon climbed the ranks from “random girl”  to playing the title role. Margherita hasn’t looked back.

Immediately after graduating from UCLA, she was cast in a television show and shortly thereafter, the stage beckoned . When Matilda was offered, she instantly made a geographic  transition to the east coast.  While she misses her car, the beach, and the laid back vibe of California, she admits to liking New York more than she thought. “New York has really been nice to me,” she said with a broad grin. Incidentally, that sentence has been used by absolutely no one else I’ve ever talked with, but when two Broadway shows are vying for one’s participation, it makes perfect sense.

Those who have seen Queen Lesli in either Matilda or Dames At Sea can attest to the originality, talent, and flair she brings to each role. She took home an Olivier award for cryin’ out loud! That’s british for “big freakin’ deal”,  folks. 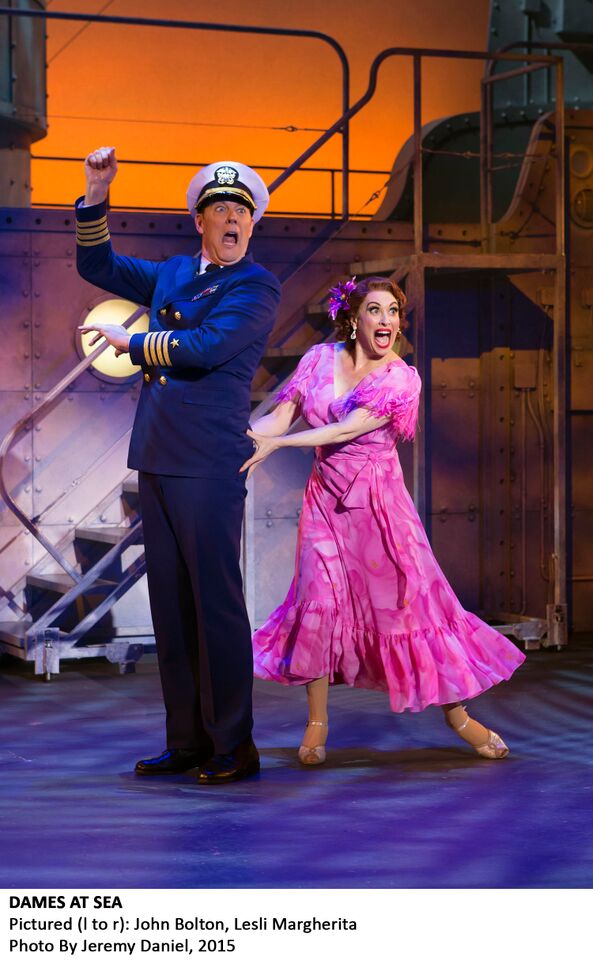 Fans will have a chance to see her in an all  new light when she’ll bring those same winning qualities to Birdland on Nov. 30th and Dec. 7.

Rhinestones welcome, but not in lieu of the modest cover charge. After all, a broad’s gotta eat!

For tickets to Dames At Sea (Helen Hayes Theater West 44th between Broadway and 8th), click here or walk your bad self to the box office.