You are here: Home / ENTERTAINMENT / ARTS / Concert Review: Valentine’s Day with Megan Hilty and the NJSO

Unless you’re a commuter, it takes compelling incentive for a Manhattanite to leave the island. The New Jersey Symphony Orchestra is one such reason.  Megan Hility is another. One would think then, that this musical marriage would be nothing short of perfect for the Valentine’s Day Weekend; lush orchestral tones, a Broadway bombshell, fine direction by guest conductor Todd Ellison, and romantic standards all seem to be the essential ingredients for a perfect concert.   Yet after venturing to the recently restored but acoustically challenged Count Basie Theatre in Red Bank, New Jersey last Friday evening February 12th, I returned to New York with  a minor sense of disappointment. 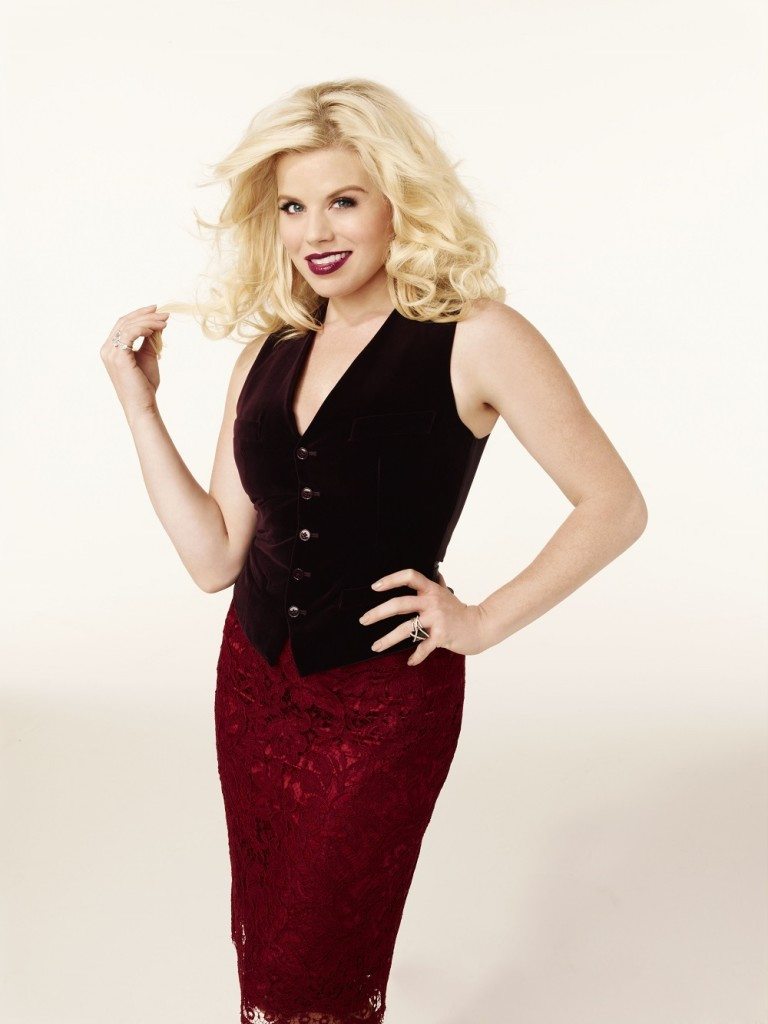 Hilty, who is currently starring in Broadway’s revival of Noises Off, took a three day hiatus from the show to perform three Valentine’s Day themed concerts with the NJSO.  Beginning in Red Bank, she continued at the New Jersey Performing Arts Center in Newark on Saturday the 13th, and finished at the State Theatre in New Brunswick on Sunday the 14th.

Friday’s program began with a nod to the golden age of cinema with “That’s Entertainment”, followed by the title song from Mame, “Moon River”, and a rare, but stunningly gorgeous rendition of “I Knew I Loved You (Deborah’s Theme)  from the Ennio Morricone scored film, Once Upon A Time in America.

Ellison, who currently serves as the musical supervisor and conductor of Broadway’s An American In Paris, welcomed Hilty to the stage. Dressed in a classy and glittery white dress, she opened with an uptempo version of “Come Rain or Come Shine”, and then talked about her husband, Brian Gallagher. She admitted resistance to getting married and having children, but after meeting her would be husband in a bar and conducting a Vegas wedding, the two now have a one year old. She continued by dedicating a medley of “Almost like Being in Love” and “This Can’t Be Love” to him.  Act 1 ended with a rousing version of “Diamonds Are a Girl’s Best Friend” and included rarely heard but delicious lyrics.  The song, from Gentleman Prefer Blondes, won Hilty critical praise in 2012 when she starred in the New York City Center Encores Production.

Act Two opened with a medley from My Fair Lady, and continued with another medley from Hilty’s first musical, Wicked.  Wisely, she capitalized on the popularity of her television show Smash,  with two selections- “They Just Keep Moving the Line”and the reflective “Second Hand White Baby Grand”. A nod to Rosemary Clooney with “Tenderly” also proved to be one of the sweeter highlights of the second half.   Ellison suggested that a petition be started to have Hilty played the leading role of Eliza Doolittle in a Broadway revival of My Fair Lady because, “she can just sing anything.” Indeed, she can. Which makes me wonder why she and Ellison chose such safe songs. The Carnegie Mellon grad has a powerhouse voice that commands attention, but her musical selections were far too reserved.  Aurally, the sound was also troubling. Too often did the piano overpower the orchestra. Quieter moments in the show accompanied by a guitar were also problematic, as the balance between the two was seriously compromised.  Overall, what should have been a celebration of passionate love seemed more like polite pleasantries between friends.

Nonetheless, Hilty possesses that rare star quality which makes her capable of straddling a classic and contemporary vibe.   Her patter and repertoire with the audience was funny and hugely entertaining. The New Jersey Symphony Orchestra, in the hands of a competent sound engineer, is often breathtaking. This time around, however, cupid’s arrow didn’t quite hit the mark.