Danai Gurira is having a terrific year. The Zimbabwe raised playwright and actor has been met with critical acclaim after her play Eclipsed recently transferred from the Public theater to Broadway.  Her recent off Broadway play, Familiar, should also please critics and audiences alike. 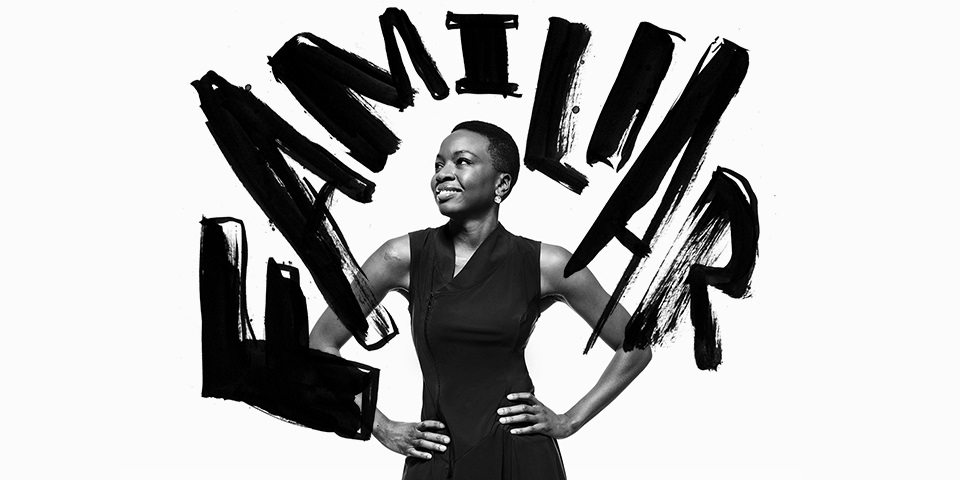 Familiar takes us into the Minnesota home of Donald and Marvelous (Harold Surratt and Tamara Tunie). The couple have long immigrated to the United States from their native land of Zimbabwe, and have differing views on their new life as citizens. Donald clings to his traditional past while Marvelous is quick to erase her cultural roots.  Their daughter, Tendi (Rosyln Ruff) is getting married to Chris (Joby Earle) a “nice, white boy” from Minnesota who the family adores. When Aunt Anne (Myra Lucretia Taylor) arrives from Zimbabwe to help perform a traditional “roora” ceremony for the wedding, cultural sparks begin to fly. Additional family members, including Tendi’s sister, Nyasha (Ito Aghayere) and Chris’ brother, Brad (Joe Tippet) add some levity to the mayhem. 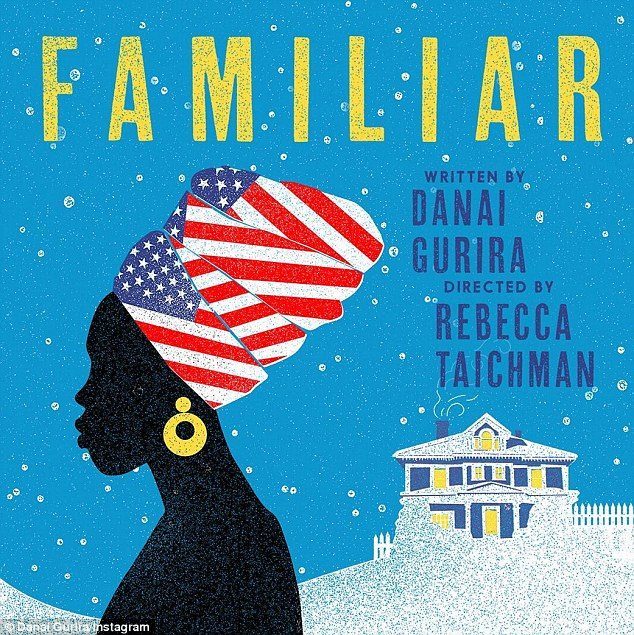 There is a great deal to chew on in this beautifully crafted play. Gurira forces us to confront what it truly means to be an American. How do we integrate into a new land without honoring our cultural heritage?  Even as a third generation Finnish-American, I couldn’t help but feel slightly ashamed by how diluted my own path has become. And yet even as we do assimilate, the words of Martin Luther King, Jr. resound: “I fear that I am integrating my people into a burning house.” With hollow promises to “make America great again” and a fractured political system, a more timely play is yet to be found.

Another successful playwright whose striking voice was heard at Playwrights Horizons last fall with The Christians, is now making a big splash (I’m sorry-I couldn’t shun the pun) with Red Speedo at New York Theatre Workshop.

Lucas Hnath is an exciting and fresh voice in American contemporary theatre and his latest work is no exception. Red Speedo takes us to the world of competitive swimming and all of the scrupulous manipulations that come  with a potential doping scandal.  Ray (Alex Breaux) is a committed Olympic hopeful whose life revolves more around swimming than academics.  Let me be blunt: Ray is as sharp as a rubber ball.  In the opening scene, a bag of enhancers has been found by his coach (Peter Jay Fernandez), but Ray’s brother and lawyer, Peter (Lucas Caleb Rooney) advises that they be flushed down the toilet so that Ray can continue his quest to represent the United States and pursue lucrative endorsements. Furthermore, Ray claims that the drugs were not his and belonged instead to one of his teammates.  We quickly learn that Ray did, in fact, obtain the drugs from his dealer and ex-girlfriend Lydia (Zoe Winters). All of the action takes place in an actual pool, artfully designed by Ricardo Hernandez.

Hnath writes razor sharp dialogue that is  delivered at breakneck speed by this polished cast. Breaux does tend to overdo the dim-wittedness of Ray, however. While it is not a stretch of the mind to imagine that some athletes might not be the most cerebral, he comes across more like a cartoon character than true flesh and bone. Still, it does not diminish this modern morality tale which alerts us to the dangers of raw and unbridled ambition.