You are here: Home / ENTERTAINMENT / From Riches to Rags: An Interview with Bright Star’s Dee Hoty

If you see Dee Hoty on the street, don’t tell her how pretty she is; she knows. This isn’t to suggest that the three time Tony Award nominee is stuck on herself. Actually, quite the opposite rings true. Hoty, in a recent phone interview, is smart, warm, self-effacing, and funny- and also matter of fact about actors abilities to transform themselves. 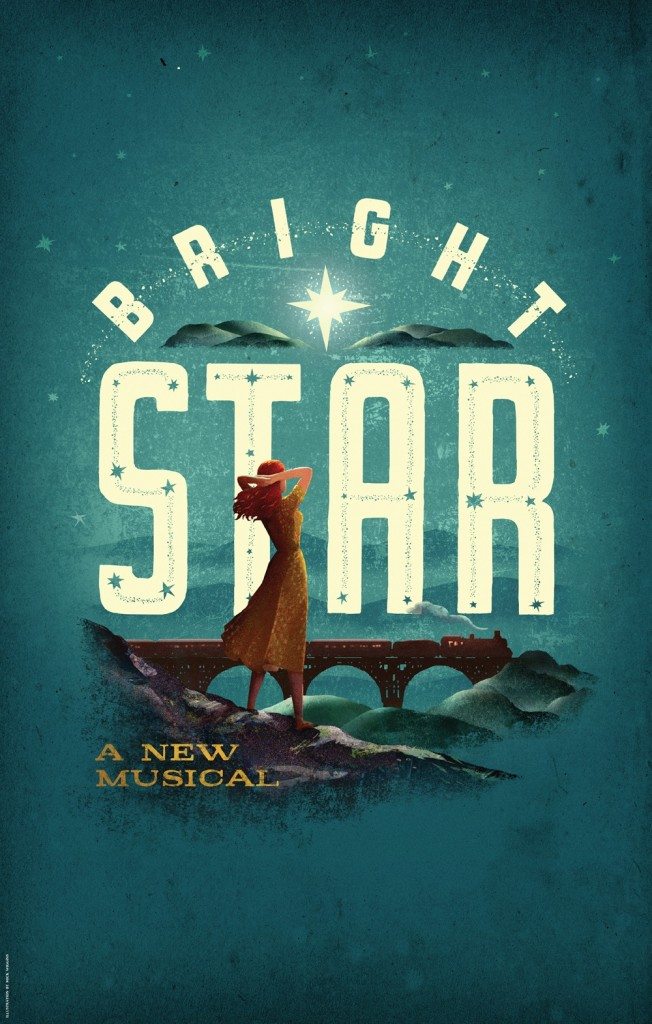 Following a recent performance of Bright Star, Hoty, out of costume, was stopped by someone who had just seen the show. “This lady just looked up and me and was completely stunned,” recalled Hoty. “Omigosh! You…you’re so….pretty! You’re so much prettier here than onstage… You’re so young!”, the lady said and she continued to lavish praise on her. Hoty laughed but thought to herself, “Yes. This is what we [actors] do. We are chameleons.”

Her inspiration for Mama Murphy, Hoty said, came from multiple sources. “Well, for one thing, I have a mother!” she laughed. “But Walter Bobbie, the director, was clear about the fact that he did not want Murphy to be overprotective. The Murphys are intelligent people and are not hicks. For their small town, they are well educated.” She continued, “Murphy’s role in her daughter’s life is a supportive one. We all have those people in our lives who provided a kind word or helped us get to where we are. I used a lot of them to create this role.”

Brickell’s score is full of bluegrass and country and although she liked country music, Hoty was not a huge aficionado of it. Much of the music in the show is based on two studio recordings that Martin and Brickell had done:  “Love Has Come for You” and the more recent, “So Familiar”. Hoty became aware of the first Grammy award winning album when she saw the pair perform a song on the morning show. She downloaded the album and was instantly smitten. “I can’t tell you how it struck me. It just made me so happy,” she said. “Then I learned about the show from Bobbie.” (Incidentally, Bobbie directed her in the 1998 Broadway musical Footloose. She also played the wife to actor Stephen Lee Anderson in that show and the pair are once again joined in stage matrimony in Bright Star.) Bobbie had expressed interest in casting Hoty when the show premiered to San Diego, but circumstances prevented it. It eventually came back to her. “I knew it wasn’t a big part and that I wouldn’t have any big numbers, but I was just so delighted to be a part of it.”

There seems to be a love fest happening at the Cort Theater, where the show resides, both within the cast and from audiences. “I have to tell you that I just love everyone in this piece and I love to go to work!”, Hoty said with sincere conviction. “The late Peter Stone once relayed how groups interact: It’s like Christmas Eve dinner…there are those people that you invite to cocktails at 4:00 who stay through dinner, and then there are those people you invite just for dessert at 9:30.” Hoty is relieved by the fact that she would invite this entire cast for the whole evening.  She has a great deal of history with Anderson and her fellow cast mate, Michael Mulheren. “We’re the AARP crowd in the show-the old farts!”, she joked. “It’s so joyous to have that history between us.” Working with Martin and Brickell has also been a rewarding experience. “They are two of the nicest people you’d ever want to meet. Both were in the rehearsal room every day and they wanted to hear feedback from the cast about what was working and what was not.”

Equally thrilling is the response from audiences to what Hoty calls, “such good material” and “a solid piece of valid fiction.” “This may seem like a cheeky thing to say, but people are literally leaping to their feet at the end of this show. It’s like a visceral reaction.  Even grown men are wiping their eyes!”, she said. Critics have warmed to the show as well. Since opening on Thursday, March 24th it has been embraced with accolades from major newspapers, including the NY Times, who gave it their coveted critics’ pick.

Off stage, Hoty unwinds with social engagements, exercise, and crossword puzzles. She also sits on the arts alumni committee for her alma mater, Otterbein University, as well as her condominium community board. “Life is life and you can’t go wanting if you have half your wits about you”, she said.

Bright Star is currently playing on Broadway at the Cort Theater (West 48th between 6th and Broadway). For tickets, visit: http://brightstarmusical.com/