You are here: Home / ENTERTAINMENT / Head to the “Sack” to See Five Women Wearing The Same Dress

Escaping Manhattan to see a play at the Hackensack Cultural Arts Center sounds like the set-up for an April fool’s joke. In fact, it’s not.

Dragging New Yorkers away from the concrete conveniences  of Gotham is  no small feat, but Alan Ball might make the trip worthwhile. Long before the Emmy, Golden Globe and Oscar winning writer of American Beauty and Six Feet Under made his mark in Hollywood, he penned Five Women Wearing the Same Dress. It premiered in February 1993 at New York’s MCC theater and has gone on to be produced in theaters across the country. Mel Gussow of the New York Times  likened the show to Steel Magnolias and praised the MCC production citing:   “Mr. Ball is quick with one-liners and comebacks and seems to have spent a great deal of time eavesdropping on female gossip.” 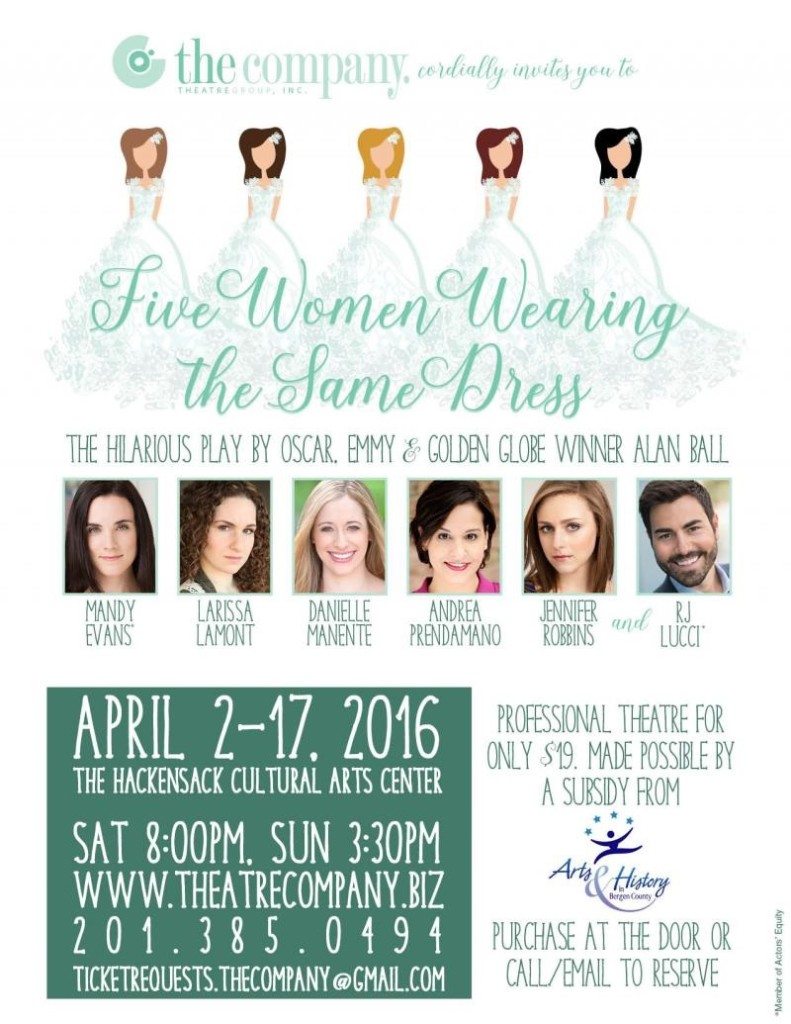 The Company Theater Group is currently staging the comedy through April 17th at the Hackensack Cultural Arts Center (39 Broadway, Hackensack NJ).  Five Women Wearing the Same Dress is set in the Knoxville home of a recently married bride. The women commiserate about the over the top reception and quickly find their commonalities.

The Company Theater Group is a preeminent professional company based in New Jersey and has been staging quality works since 2007.

So pull a Paul Simon and “hop on the bus, Gus”. Manhattan will still be here when you get back.

For tickets and more information about the show and The Company Theater Group, visit http://theatrecompany.biz/on_stage_next