Fewer  grounds are more fertile for theater than family drama and two new plays tackle all of the complexities that our next of kin can bring.

Ma-Yi Theater Company’s off Broadway production of A. Rey Pamatmat’s House Rules takes us inside the homes of two Filipino-American families. Both live in the same building, (which presumably is New York, although it is not certain), and both are struggling to come to terms with strained relationships.

Twee (Tina Chilip), a free-spirited photographer and Momo, a successful doctor (Tiffany Villarin) reside with Vera, their hard-working strong willed mother played by the usual staunch and sturdy Mia Katigbak. The sisters rarely see eye to eye on every aspect of their lives. Momo fights to keep her cultural fabric tightly woven while Twee dismisses it and resents both her mother and sister for making her feel like an inadequate outcast. Twee  takes romantic  solace in her neighbor, JJ (Jeffrey Omura). JJ is an artist who has been couch-surfing with his brother, Rod (James Yaegashi).  Rod, also a successful doctor, has just been dumped by Henry (Conrad Schott), a sexually ambivalent fellow physician who works with Rod and doesn’t know what he wants out of life. At the top of the show, JJ and Rod’s father, Ernie (Jojo Gonzalez) suffers a heart attack and is taken into Rod’s care where he spews vitriolic tantrums of rage. 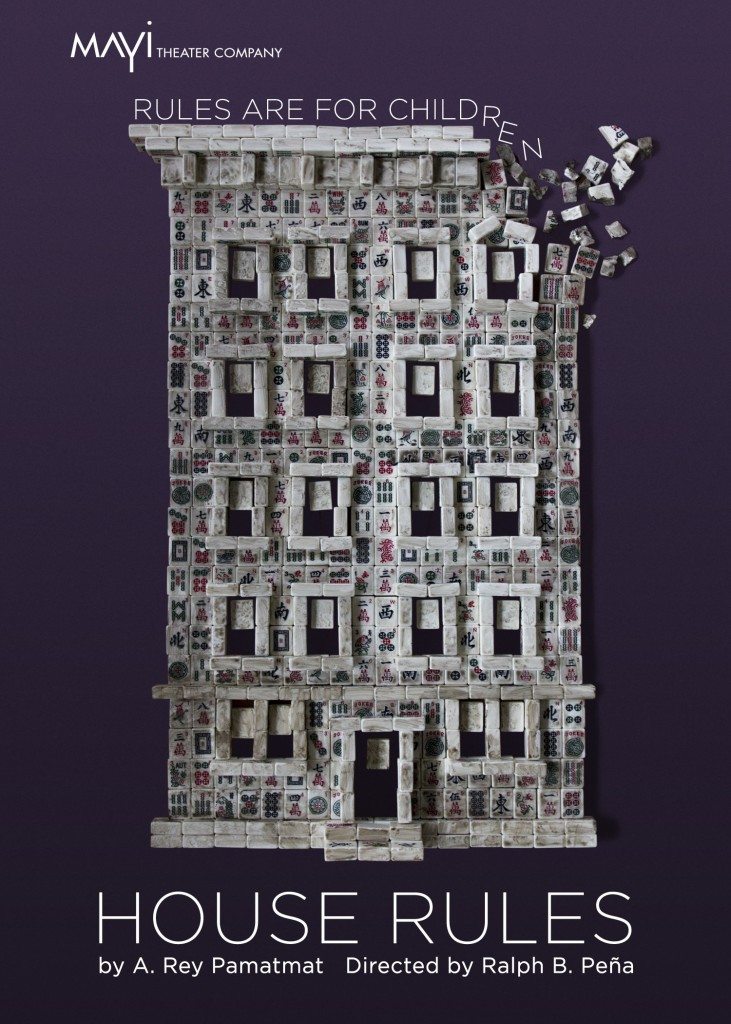 Pamatmat’s story is well told and there are many truths to be found. What makes his writing most effective is the fact that, like life, there is not a total resolve for his character’s conflicts. Sometimes, self-will and communication fails us. Fortunately, Pamatmat’s play does not.

Further Uptown, Stephan Karam is increasing the stock value of Kimberly-Clark with his equal parts heartbreaking and hilarious dissection of an American family in The Humans. Karam made a splash last fall when Roundabout theater mounted the show Off-Broadway. It became an instant hit and transferred to Broadway’s Helen Hayes, where it holds the title of the hottest play in town.

The Blakes have assembled for Thanksgiving dinner in Brigid’s (Sarah Steele) new surprisingly spacious duplex in Chinatown. The movers haven’t yet arrived, but they’re making the best of the situation.  The Blakes are quite good at that, thanks to Brigid’s parents, Erik (Reed Birney) and Deidre (Jayne Houdyshell), who have traveled from Scranton with Erik’s ailing mother,  Fiona aka “Momo” (Lauren Klein).  They are steadfast in their Catholic faith, an attribute intentionally  lost on Brigid and her older sister, Aimee (Cassie Beck), both of whom, along with Brigid’s live-in boyfriend, Richard (Arian Moayed),would rather place their beliefs in juice cleansing and therapy.  Therapy is a baffling concept for Erik. After admitting to a bout with depression, Erik,  in typical “hide your feelings Pennsylvania” fashion, declares, “In our family, we don’t have that kind of depression.” “No,” replies Aimee, “We just have stoic sadness.” The line causes eruptions of laughter, but the truth that lies within it is deeply profound.

Watching The Humans is like being a fly on the wall. Karam’s fictitious family may or may not be auto-biographical, (the playwrights hails from Scranton), but he paints the most realistic characters who relate to one another in a non-sensational, but wholly compelling way. It doesn’t hurt that director Joe Mantello has assembled one of the best casts currently represented on a Broadway stage.

There exists a universal component here that is remarkable. Rarely has there been a more accurate delineation between those who visit New York City  and those live here. Many of Deidre and Erik’s comments will elicit cringes and chuckles to anyone who has ever been visited upon by parents.

In the end, Karam is using the Blake family as a mirror to our flawed, vulnerable, and emotionally sensitive selves. We are not perfect, but we’re all trying.  When the curtain falls, you have no choice but to leave The Humans with a life altering worldview and for that, it is probably the best 90 minute therapy session money can buy.

The Humans is playing an open ended run on Broadway at the Helen Hayes Theatre (240 West 44th between 7th and 8th ave.). For tickets, visit the box office or click here.