“Love,” as the song goes, “is a many splendored thing.” It’s also a many splintered thing, as depicted in Lucy Prebble’s incredibly sound play The Effect. Prebble’s play depicts how and why we love through its two leading players:  Tristan (Carter Hudson) and Connie (Susannah Flood) are two strangers who meet in a clinical setting where a study, led by Dr. James (Kati Brazda), will determine the use and effect of anti-depressants.  James’ mentor, Dr. Toby (Steve Key)  is an advocate in the pharmaceutical field and supervises the study.  We also learn that he was once romantically involved with Dr. James. 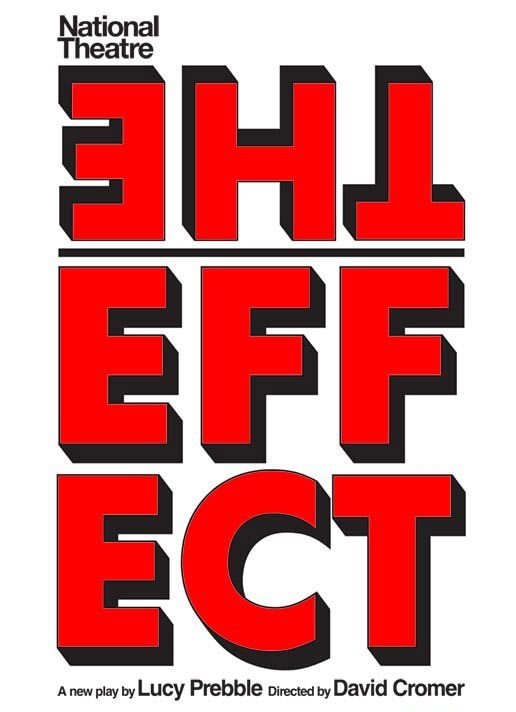 Prebble’s play opened to rave reviews at London’s National Theater and was showered with similar praise when it opened on March 20th at the Barrow Street Theater– so much so that popular demand has caused an extension through 9/4.

Manhattan Digest recently spoke over the phone with David Cromer, the OBIE award winning director who brought this production to life.

MD: How did the play come to you?

DC: My understanding is that The Effect was one of the shows of the National Theatre that got away. Tim Levy, who runs the New York arm of The National, really wanted to bring it to the states. While I don’t know the specifics, they wanted to house it in a more intimate venue. My name came up, they asked me if I liked it (I loved it) and the rest is history.

MD: How have audiences reacted to the show?

DC: I haven’t heard any of the bad stuff, but maybe my ears find a way to shut that out (laughs). Overall, audiences react very well. They seem connected to the show and they can track specific changes. They’re totally engaged in the argument of the play and I had hoped when I read that people would react that way—and they have, so I’m really happy with that.

MD: Was it your choice to use video projections for some of the more intimate scenes?

DC: That was a design decision that we made.

MD: What do you think that technique does for the two leading players and for the audience?

DC: Sex scenes are very difficult to stage in the theater because it is an incredibly intimate event. I thought that this would be a way to pull the audience into the scene a little bit more. The idea was to find a way to see people face to face whispering to one another to create even more intimacy.

MD: At one point, Dr. James, who is conducting the experiment says “There’s no evidence for the efficacy of anti-depressants, there never has been.” to which Toby, her mentor says, “most people improve on anti-depressants.” Do you think there is a statement here for the pro or con about anti-depressants?

DC: It’s an open question. I personally feel very strongly that they work, but I can’t really speak on Lucy Prebble’s behalf.

MD: The whole idea of the play is really an interesting look at how we connect on a natural basis and under the influence of chemicals.

DC: Right. Everyone I know, including me, is looking for love and for someone to love them. It’s something we all want very, very badly, and we wonder if we actually will find it. If we do, we start trying to challenge what in the hell it’s made out of, so it becomes even more complex. It’s not binary like an on and off switch.

MD:  Yes. And then we question it to the point of self-sabotage and the look for the next best thing.

DC: Right. You find it, and then it either fades or blows up in your face.

MD: What’s next in the pipeline for you?

DC: I’m working on The Band’s Visit, based on an Israeli film from 2009. The  Atlantic Theatre Company is doing it and I’m working with composer and lyricist David Yazbeck. It will open this fall. It’s a more conversational musical. It’s not a big song and dance show that will be fluffy. That’s something I would be mad at (laughs)

MD: So there won’t be any cats running around in a junkyard?

DC: There may be cats running around in a junkyard, but they’ll be doing it very very subtly. (laughs)

Ticket information can be found here.