The Wizard of Oz may well be one of the most well-known movies in the history of cinema. Scholars and armchair analysts alike have dissected the film’s intentions, symbolism, and meanings. Wicked, the smash hit musical by Stephen Schwartz continues to enchant audiences at the Gershwin Theater and around the globe, where it has been continuously running for over ten years. For those of you who have been living under a rock, it tells the back story of Glinda, the good witch and Elphaba, the wicked witch of the west. Let’s not overlook The Wiz, the urban psychedelic 1975 treatment which recently gained more notoriety with the live NBC  television version. Author Joey Green looked to Eastern philosophy to glean meaning from the film in his 1998 book, The Zen of Oz. 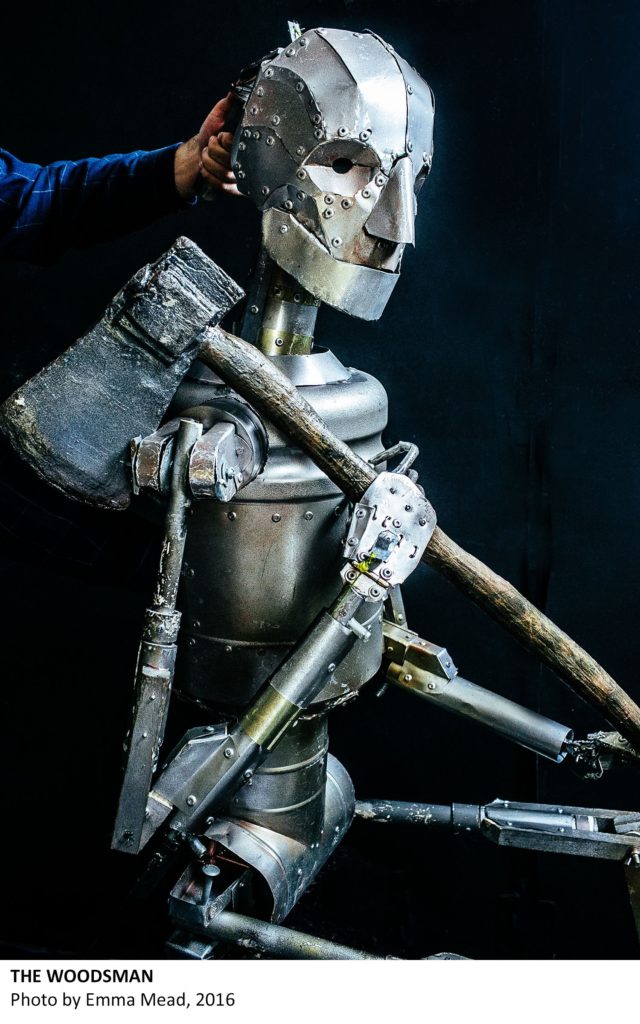 Now, after several incarnations, New World Stages is currently staging an incredibly dark, but beautiful imagining of the Tin Man’s unknown—and until now—untold story. Thanks to James Ortiz, the creator, director, and star of the affecting off Broadway drama The Woodsman, we learn that The Tin Man was once a human named Nick Chopper (Ortiz)  who fell in love with the slave of the wicked witch of the west. Out of jealously, the witch places a curse on Chopper’s ax and his body parts are soon hacked off.  Fear Not! If your Burberry bag was blood splattered at American Psycho, you’ll have nothing to worry about here; there is much more subtlety and nuance. In fact, every ounce of this production is well crafted and artful, from the redolent forest set to Naomi Florin’s hypnotic violin solo (scored by Edward W. Hardy), which she plays for the duration of the show. 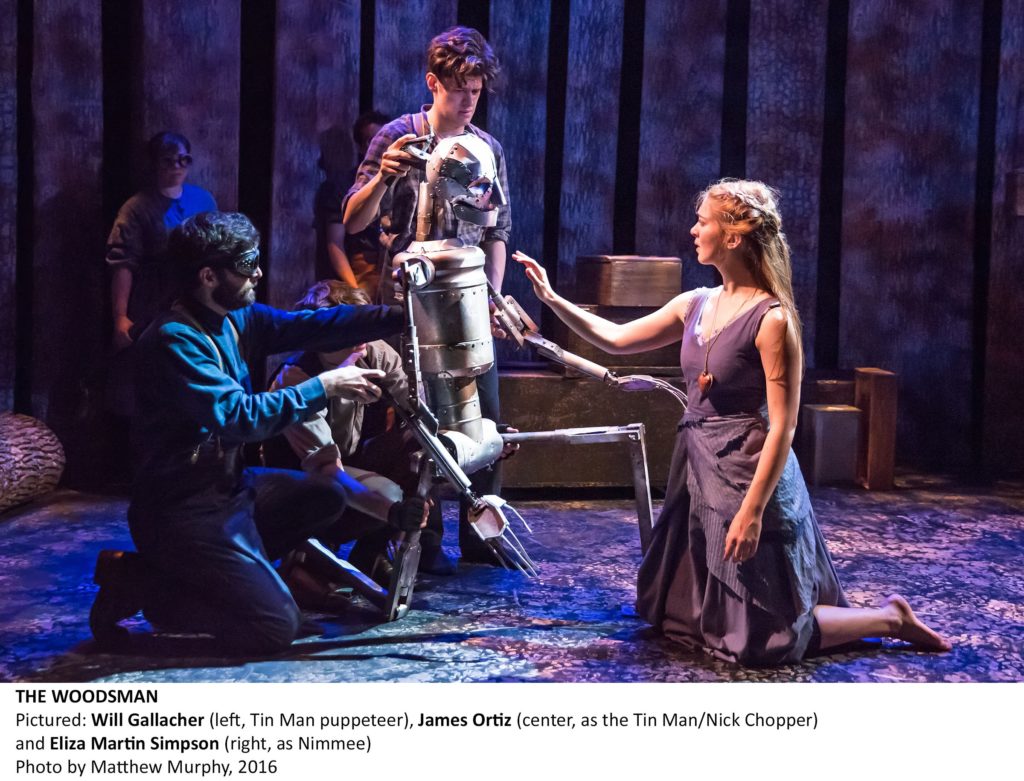 There are few words within the narrative, which is symbolic in itself.  Describing this show is a challenge, not only because it is so damn good and innovative , but also because it unlike anything you have ever seen on stage. I admit to hesitance in initially going- perhaps it is because I have simply been a passive admirer of the source material. Yet  I am thrilled that I had the chance to catch this dynamic experience and wholeheartedly recommend it to nearly everyone. It does have elements which might frighten small children, but for more mature kids, it is an ideal family-friendly show that only the heartless won’t appreciate.

The Woodsman plays at New World Stages (West 50th between 8th and 9th). For tickets and information, visit the box office or online here.