You are here: Home / ENTERTAINMENT / ARTS / The Force of Sheth: An Interview with Multimedia Star Aneesh Sheth

One glance at Aneesh Sheth’s website will quickly prove the many accomplishments from  this energetic dynamo. In addition to creating and starring in her own online series Crave, she dedicates much of her time to LGBT causes and recently starred in the critically acclaimed musical Southern Comfort at the Public Theater.

In 2013, Sheth made The Advocate magazine’s “List of 40 under 40.” Although she’s grateful for the opportunities to work in film and television, the transgendered actor is thrilled to be returning to her first love of theater with Jaime Jarret’s original piece entitled Normativity.  The production is part of the New York Musical Festival and will premiere on Monday July 18th @ The Pearl Theatre.

Manhattan Digest recently spoke to Sheth about her opinions of acceptance, her affinity for live performance, and her upcoming show.

MD: Within the last few years, we’ve seen a lot more artistic and political representations of transgendered people. Is that because there is more general acceptance or do you worry that it has become sensationalized?

AS: I think it’s a hearty mix of both. I have much more of a career in theater than I do in film and television. It’s interesting to see the difference in the artistic integrity between the two mediums. While there is a possibility for both of them to be exploitative I have found that within the theater, there is a lot more grounded in truth in the trans experience. In the TV and film world, it seems to be more “trendy”.  While it’s important to have trans-characters in stories, it’s also important to be mindful of the reasons why the writers and directors are choosing to place them there.

MD: Is there more understanding and acceptance across the country (outside of major metropolitan areas) for transgendered individuals or do we still have a long way to go?

AS: We still have a long way to go. With visibility, comes division. The more and more trans people are visible, the more we see a whole part of the country that is not accepting to trans individuals and the trans-identity. They may not have been vocal about it prior to visibility, but now that we are everywhere, there’s a lot more controversy that is bubbling to the surface.

MD: There’s a fine line between being inquisitive and simply being ignorant and insensitive.  Do you feel that being transgendered deserves explanation or are you bothered by the questions?

AS: That is another fine line that I often walk. I think that it is very important for minority communities to have their own voice and be able to speak about their own experiences.  I think that it is important to answer that for the sake of visibility, but I don’t think it’s important to do it for educational purposes. We live in 2016 and have the entire internet to learn about the general trans experience. It’s not that every trans person has the same experience because our lives are just as varied as straight people’s lives. The question I love the most is ‘How do you navigate yourself through the world?’ Then, I don’t feel that you are badgering me exclusively about my trans-identity.

MD: How did your friends and family react when you shared the decision to take this journey in 2008?

AS: Nearly everyone said that they weren’t surprised. I did experience some loss in certain relationships, but it strengthened some others.  You learn that life is short and you don’t have time to waste on people who aren’t going to fully accept you for who you are.

MD: What is it about theater that you find so alluring?

AS: I was really blessed to have parents who exposed me to the arts at an early age. It got to a point where, instead of watching it, I wanted to be involved. I started doing community Theater at 6 years old and then I studied voice in junior high school before graduating from NYU’s Tisch Musical Theatre Program. The rest is history!  For me, there is nothing more exciting than doing what I do on the stage. Nothing beats the thrill of live theater. 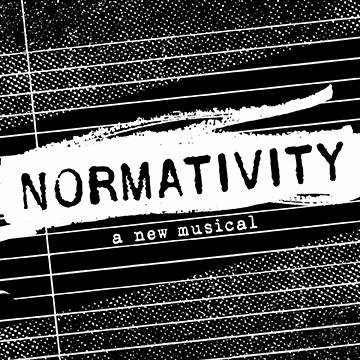 MD: Talk about your role in Normativity.

AS: It’s such a special show. I’m playing a character named Anne who is a book editor. Her fiancé, Charlie Jacobs, is writing a lesbian teen drama. Anne is urging him to end the book with a suicide because the formula that sells is that of the tragic gay character. Jacobs learns however, that all gay characters don’t have to have sad endings.  The show is incredible because of the way in which the story is being told. It’s not in your face, nor does it spell everything out. There is also real advocacy in the casting. People with different gender identities and sexual orientations are playing characters that aren’t necessarily who they are in real life.