You are here: Home / ENTERTAINMENT / On Your Grind: Seeing Red

Sometimes in your career, as in your life, there are times of intense focus, when you zero in on a particular goal, put the pedal to the metal and block out any and all distractions.

At other times, it’s useful to open up a bit. Maybe you’ve been too focused on traveling down a path that’s too narrow or specific. Maybe you’ve outgrown what used to interest you. Maybe some other things make your soul soar, and it’s time to incorporate them into how you live your life today – and how you express yourself with your work, too.

This is where we find Red Rachel Richards, a professionally trained actress who decided to “open up” the way she thinks about her passion and her purpose since moving to NYC in 2010. 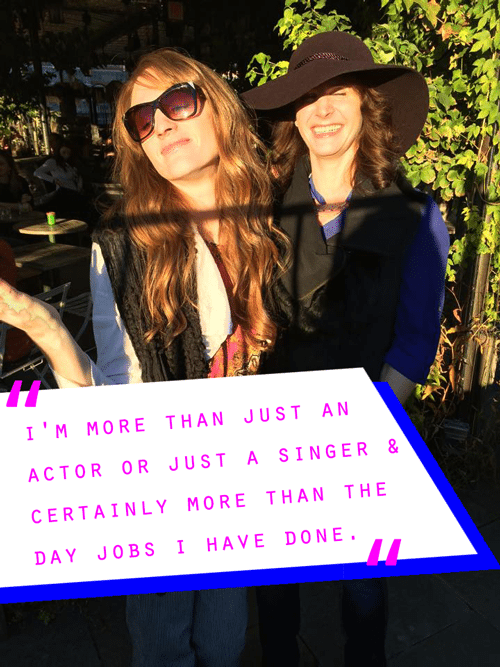 Six years ago, Rachel moved to the city after being on a tour with Tyler Perry Studios, driven by (she says) “an instinctive nudge.” She pursued the traditional classes-and-auditions career path that’s de rigueur for an actor and singer here in the city, with varying levels of success. Then: two very different projects she worked on around the same time, held in stark contrast with one another, helped open her eyes to what “success” means to her.

Project 1: Producing and starring in a live show of her own, which required an ungodly amount of work that included hiring the music director, choosing the music, writing the stories, booking it, promoting it, and so forth. Response, she says, was “generally supportive.”

Project 2: Being a background actor on a TV show.

Rachel says she was shocked when the reaction to the TV gig, which she says required “no talent, hard work or uniqueness” was much bigger than to her own show.

“It dawned on me that TV/film work was a lot of people’s measure of success, just not actually mine,” she says. “I equated success with the creation of something unique to me, with feeling like I’m on my own specific path. Success for me is being present in little moments and having a positive impact.”

Something she learned in a class that explored purpose and passion (her “why”) further helped her redefine how she saw herself – as a storyteller, on and off the stage. 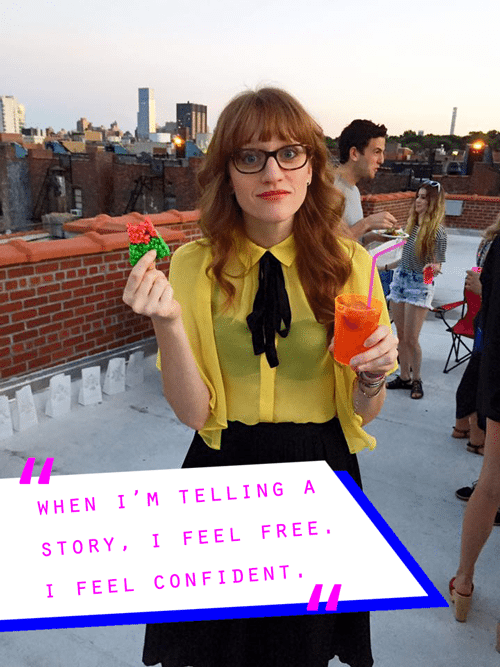 “When I discovered that the core of every good experience in my life was always a feeling of me ‘opening hearts and minds,’ that is just not limited to telling stories on a stage, you know?” Rachel says.

The realization that “storytelling” is what makes her heart sing, and an unexpected renovation of a new home in Harlem, helped her paint her passion with broader strokes.

“How I design my home, it tells a story. How I choose to dress, it absolutely tells a story! It is an expression of me, of how I feel, of who I am, where I’ve been. The songs I choose to sing, and now writing my own stuff, something I’m literally just starting to experience. Those are stories.”

Now, Rachel recognizes the opportunity to take that revised definition of herself and apply it to many, maybe new, areas (especially using online and social media tools).

“When I’m telling a story, I feel free. I feel confident. It’s super important! I think it’s vital! Everyone has a story to tell. Everyone deserves to have their voice heard! Maybe by living freely and openly, maybe by telling my various stories on my various platforms, I can open someone else’s mind or heart, even just a tiny bit. That would be ultimate!” Rachel says.

As a creative person, it’s no surprise Rachel (aka @RedRachNYC) is obsessed with Instagram. Here are some of her must-follows: