You are here: Home / ENTERTAINMENT / Bud Light’s New York Stretch on The “Hit The Campaign Trail”

Bud Light understands how important this 2016 Presidential Election is and with it being 70 days away what better way to get voters enthusiastic than a party.

The campaign trail wanted to celebrate its supporters by giving them a 13-city tour highlighting some of the music industries hottest talents. This past weekend it was New York’s turn to get a taste while they drank unlimited amounts of Bud Lights in the time partaking in the several interactive stations, from a photo booth to collecting Bud Light swag.

The night would not have been complete if Big Sean didn’t come out to perform while the crowd sang along to his hits like “Beware”, “Clique” and “IDFWY”.

In true New York fashion, Big Sean also brought some of his famous friends along with him. DNCE performed their hits getting the crowd ready, then G-Eazy sent the party into a frenzy with “Me, Myself, and I”, “Order More” and “Let’s Get Lost”

In between each set Power 105.1’s own DJ Prostyle kept the energy going by playing the biggest hip-hop and pop tracks, however nothing prepared everyone for the final performance with Big Sean & DJ Khaled.

When DJ Khaled and his chic Goyard Duffel Bags joined Big Sean on stage the crowd (including myself) nearly exploded. Mr. Major Keys himself performed his infamous songs from past to present simultaneously speaking to the crowd kind of reminded everyone why he really has “the keys”. 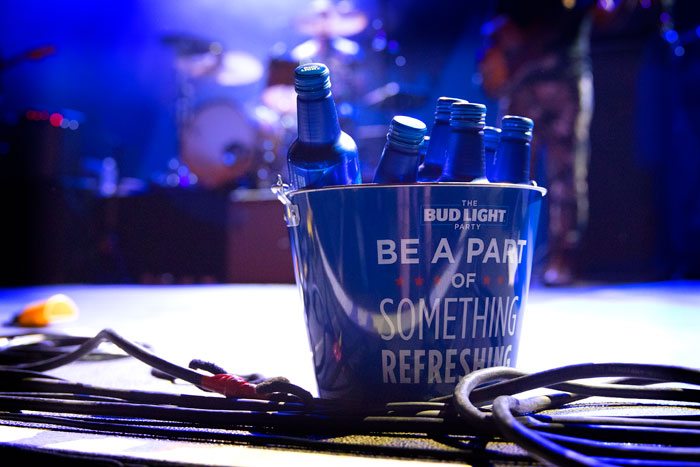 With this being the final stop on this campaign trail, Bud Light surely has New Yorkers and the rest of the country in a voting mood. So when you make that fateful decision this fall hopefully this tour slightly rings in the back of your head.