You are here: Home / ENTERTAINMENT / ARTS / From the Royal Ballet School to the Junkyard: An Interview with “Cats” star Giuseppe Bausilio

Casting Gods have been kind to Giuseppe Bausilio. The Swiss-born triple threat made his Broadway debut six years ago, playing the title role in Elton John’s smash hit Billy Elliot. After that, he continued his career on the Great White Way in Disney’s Newsies and Aladdin. Currently, he is crawling around the Neil Simon Theater as Carbucketty in the revival of Andrew Lloyd Webber’s beloved musical, Cats.

His constant streak of Broadway credits is no doubt due to a strong dance foundation that was laid for him since childhood. His Brazilian mother and Italian father operate a ballet school in his hometown of Bern, Switzerland. In addition to polishing his moves, he picked up 7 foreign languages.

Manhattan Digest recently caught up with the 19-year-old backstage of the Neil Simon theater to discuss his career, his daily rituals (or lack thereof), and his fondness for feigning a feline.

MD: How does one prepare to be a cat?

GB: Becoming a cat was really interesting. We were always told that cats are always superior to humans. That is why at the beginning of the show, audiences may sense some hostility from the stage. They go wherever and do whatever they want. Our director, Trevor Nunn made us crawl around and “be” cats. After the exercise, he called each actor to the stage and gave us unique words that are true to our character. Cats has such a human story. Each cat represents a real person in life. We know these people. Carbucketty is the teenage cat who does dumb things. He’s totally impressionable.  The relationships between the cats is very human. In the last song, it even references the fact that felines are very much like us.

MD: What is the mass appeal of this musical?

GB: The music. The dancing. The story itself the poems and the dancing. Needless to say, the lighting is incredible too. On a subconscious level, people connect to it.

MD: How is this role different from others?

GB: I’ve never played an animal before. Well, I did play a rabbit in our kindergarten play once!  But, I’ve played an English kid, a New Yorker, an Arabian page, and now, a cat. So it’s pretty straightforward I guess.

MD: Was Broadway always the goal for you?

GB: I was trained by both my parents in dance. Who would have ever guessed that a kid from a small town in Switzerland is doing his 4th Broadway show? And I’m not going anywhere! I’m gonna climb to the top until everyone knows my name!

Honestly, I just kind of fell into this and it’s just what I do now. Ballet brought me here. I came to the United States when I was 10 through a student world ballet competition. The kids casting director for Billy Elliot saw me there, asked me to audition, and suddenly it just happened.

MD: What do you do to stay in shape?

GB: Ballet in the morning. I also teach.

MD: Do you have any pre or post show rituals?

GB: Not really. I don’t put a lot of faith in rituals because if I don’t get to do the ritual, something will go wrong in the show. I do my make-up and lately, I’ve been listening to Drake and other R&B. I sleep before a second show, too.

MD: Do you eat before or after the show?

GB: Before and after. I shouldn’t, but I do!

MD: There was some controversy with Gillian Lynne. She apparently was not happy with the new Andy Blankenbuehler choreography. What was that all about?

GB: That was blown out of proportion a bit. The combo of the old and new in this version is so freakin’ awesome—and it’s super easy! (Laughs sarcastically). 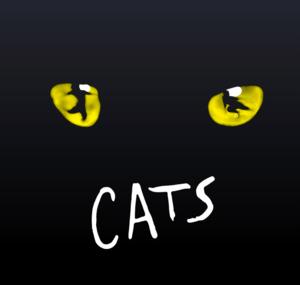 Cats is now playing on Broadway at the Neil Simon theatre (West 52nd between Broadway and Eighth Avenue). For tickets and information, visit Cats on Broadway.