It seems fitting to write a review of Leslye Headland’s modern noir drama, The Layover after having just returned from Europe and enduring two lengthy layovers during my travels.

Although my luggage was lost and later found between Florence and Helsinki, the sequence of events in my personal journey paled in comparison to what unfolds at Off Broadway’s Second Stage Theater.

Shellie (Annie Parisse) and Dex (Adam Rothenberg) are seatmates on a flight that will soon be delayed due to bad weather. Dex is hesitantly engaged to Andrea (Amelia Workman) and Shellie paints herself as a college professor. Both have deep secrets and ulterior motives which will soon unfold on Mark Wendland’s sleek and sexy set. After they share a boozy night together, the two return to their muddied and mundane lives. In true noir fashion, their paths will once again cross. 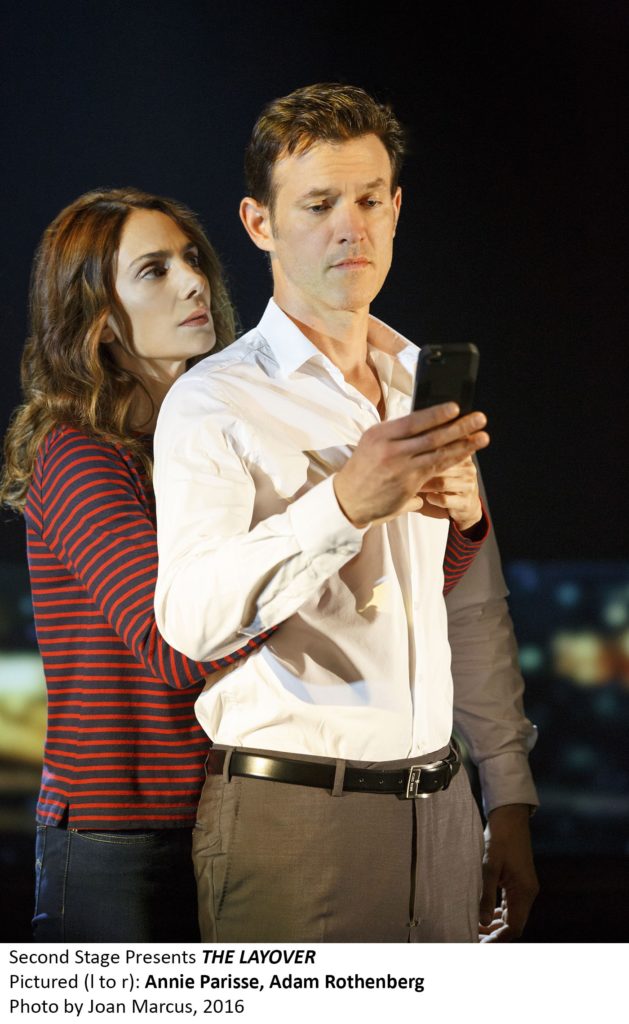 Headland is a sharp playwright and for the most part, she weaves a decent tale. However, she creates a feminist contradiction for her characters, and for herself. After Dex comments surprisingly on the book she’s reading, Shellie replies, “Singling me out without qualifying what my uniqueness means. Making it MY job to figure out whether that uniqueness is a good thing or a bad thing. This puts me into a state of questioning my own worth in relation to your opinion and since we live in a patriarchy I’m doing that on a subconscious level twenty four seven.” Shellie is obviously strong—at least at first impression. By the end, however, we see how she has fallen under Dex’s spell. In addition, all of Headland’s other female characters are drawn with a shrewish pen, leaving them all incredibly unlikable. 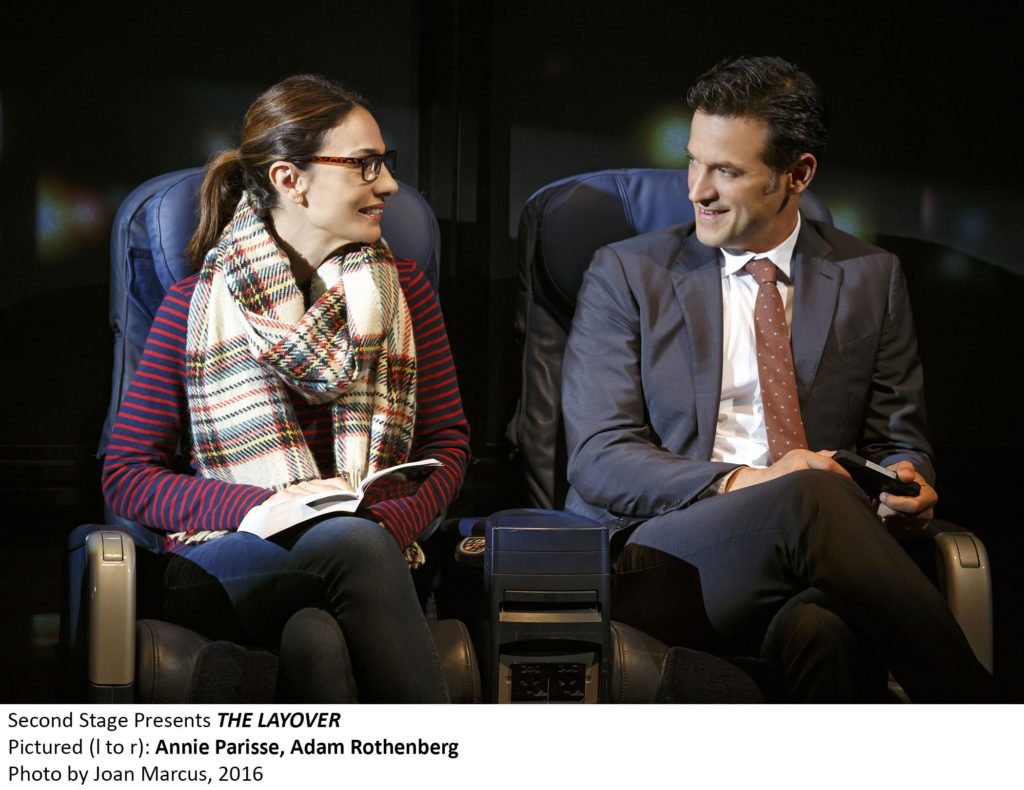 The Layover evokes elements of Hitchcock’s Strangers On a Train and in fact, it references the classic film throughout. Yet the Master of suspense was able to create characters who were engaging and congenial. Here, we really don’t care much about anyone in this, which is unusual given Headland’s gift for dialogue.

Ultimately, The Layover is a benign play. You won’t feel satisfied, nor will you feel that it has been a complete waste of time.  It can’t always be nonstop excitement I guess.

The Layover ended Second Stage Theater’s (W. 43rd between 8th and 9th) season on Sept. 18.  For more information about their upcoming productions, visit their website: http://2st.com/