You are here: Home / ENTERTAINMENT / On Your Grind: 3 Questions, Big Success!

You know how you love that personal creative project of yours – the one that lives in your head that you get lost thinking about while on the train – and how it’s perfect and untouched by terrible, horrible things like reality, deadlines and what people think of it?

Yeah, well you’re going to have to get over that.

At some point, your passion project has to get introduced into the world, where it will live, breathe, be used by, and – let’s be honest – judged by people. Beautifully and unapologetically. How much do you really want that feedback, in order to let your project live and thrive? If you’re really brave, with that sink-or-swim mentality that lots of successful creators have, one OG fundraising platform could be just the thing to give you the feedback (and funds!) you need, quickly: Kickstarter.

We’re all familiar with it: the site where you can find backers to support you, and you have to get all of your stated goal in order to get funded. Kickstarter has been around since 2009, which feels like forever, but having that span of time also gives us an honest picture of how successful it’s been for funding real projects.

A new denim apparel line based out of NYC called Bridge & Boro just launched its Kickstarter last week, and I wanted to know more about it. Seeing what they did (and how they did it) may help you get a better sense of what you can do to tell your story and put your project front-and-center, even if you don’t choose to use a fundraising platform like Kickstarter to get it off the ground. 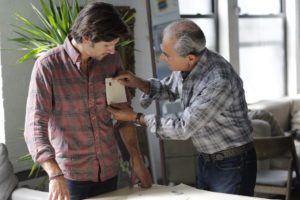 To launch this new brand, how did you guys choose Kickstarter?

We chose Kickstarter because earlier this year we decided to pivot our business model and focus on being a direct-to-consumer brand offering premium quality garments at a fair prices. Kickstarter seemed like a great channel to communicate this new collection since there is such a strong sense of community. It’s a great platform to tell our story and extend our sense of family to people who want to support up-and-coming designers. 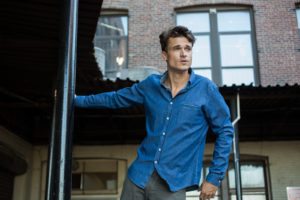 Was the Kickstarter easier or more difficult to set-up and get going than you imagined?

Definitely more difficult. I have been following Kickstarter campaigns for quite some time, but it took a lot of planning and research to understand how to create the best possible Kickstarter page. I am very much a ‘do everything yourself’ type of entrepreneur, but I brought on some friends to help out and without such an amazing team, we wouldn’t have been able to pull everything together. 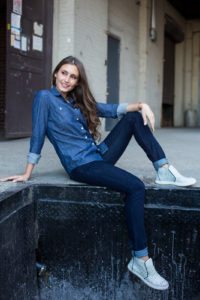 What other things are you doing to support the campaign?

A lot of grassroots outreach. Personal messages to every friend / family member / random contact to ask for support. We’re honored that so many people are so supportive of what we are doing and the response has been amazing.

It’s clear from its Kickstarter page that Bridge & Boro is in it to win it. The simple but professionally produced information on its page tells us three main things we want to know:

The professionally produced video tells their brand story and introduces you to Fabio and his dad, Carmelo. It tells you why they’re passionate about what they do. The images with models show you the styles and convey a sense of “who” their customer is. Overall, it’s clear that the company’s “handcrafted in New York” is a big focus for them, and is something they think sets them apart as a company with a purpose.

In addition to the Kickstarter materials, the Bridge & Boro team also did a live event at the W Hotel in Hoboken, where friends and family could get an up-close look at the new collection and contribute to the campaign. This helped balance out the online-only aspect of the campaign and let potential backers touch and feel the actual merchandise, like a retail store does. Smart. 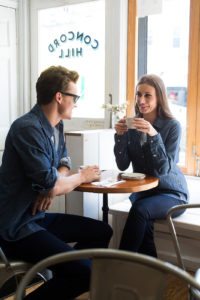 By really investing in these creative materials, potential backers who view the page know exactly who they are, what they offer, and why they’re special. And the results look super promising, already: Bridge & Boro is one-third of the way to their goal, with 24 days to go!

Think of how you’d answer those three questions in your projects and with your career, and the materials you’d need to communicate that simply to the world. It’s time to put it out there and get on your grind!

Got a project or professional pursuit of your own that we should know about? Email Kyle ([email protected]) or reach out on social media (@KyleCollins on Twitter, @KyleInterviews on Instagram) and let us tell your story!