On Tuesday and Thursday November 1st and 3rd,  New Yorkers will be treated to an eclectic and unique musical program as New York Festival of Song (NYFOS) presents the music of Richard Rodgers (Oklahoma, The Sound of Music, South Pacific )  his daughter Mary Rodgers (Once Upon a Mattress), and his grandson Adam Guettel (Floyd Collins, The Light in the Piazza).

The concert, entitled Rodgers, Rodgers & Guettel: A Century of American Musical Theater will be held at the Merkin Concert Hall at Kaufman Music Center and will feature rare and unpublished works from these stalwart composers.

The evenings mark the 29th season of NYFOS, founded in 1988 by pianists Michael Barrett and Steven Blier. Since then, it has received rave accolades from internationally prolific arts/news outlets (including Manhattan Digest!)

Blier’s passion for the series is evident. “People have a primal need to be sung to and communicated with through song. The essential core of truth in each song-that part where you feel ‘that’s me, I’ve been there’-that’s what we’re all looking for.”

While on the faculty of Juilliard, Blier instructed British tenor Hal Cazalet and baritone John Brancy.  The world renowned opera stars will take part in the evening. They will be joined by mezzo-soprano Mary Testa, best known for her Tony nominated turn in Broadway’s 1998 revival of On the Town, as well as a conniving Goddess in Broadway’s Xanadu. Lauren Worsham, soprano, will round out the cast.  Worsham received a Tony nomination for the long running Broadway show, A Gentleman’s Guide to Love and Murder, is a classically trained opera singer, and is the lead singer for the indie-rock band, Sky- Pony. (As an aside, Worsham- in my opinion-could sing a business card and turn it into a uniquely precious gem.)

On Saturday afternoon, Manhattan Digest had the special privilege to listen as this dynamic quartet rehearsed for their upcoming concert in Blier’s Upper West Side apartment.  During a break, we spoke with the cast about the joys and challenges of putting this show together, their unanimous praise for artistic director Steven Blier, their favorite past-times, and why musical simpatico is like good sex.

On the Rodgers Family:

SB: The evening is really about love and how each of these generations expressed it in song.  The thread is trying to capture the essence of these composers.  I’m excited that we are performing three unpublished songs from Mary Rodgers, which in my opinion was her best work.

On Richard Rodgers collaborations with Oscar Hammerstein versus Lorenz Hart:

SB: Oddly enough, the music was pretty consistent. It was the lyrics that changed. They were dirtier and wittier and sometimes,  slap-dash. But you just kind of write it off and figure that Hart got drunk and didn’t really finish a solid lyric (smiles)  Hart was gay and urban and Hammerstein was not, so there are distinct differences in their styles.

On the most fun aspects of rehearsing:

JB: The ability to get together and, as a team, put together a really special program.  It’s always a pleasure to come to this apartment and discover these songs in a new way. The joy is in the experience of it.

MT: The collaboration is exciting. I know these people and have a great time with them.  I feel as though I’m the least legit in comparison to the rest of these singers since they are more in the opera/operetta land and I’m more musical theater. But it’s fun to broaden and expand like that.

HC: To echo Mary, I’d say that the communion of coming together through our passionate love for song. There is a fire and energy and a trying of new things during rehearsals that is extraordinary. I feel very much at home in this stuff

LW: (Off in another room breast pumping for her newborn daughter, but likely to relay sentiments expressed above.)

SB: There is a difference between working on a song alone and working on it with a group of people. You can see what the song could be when rehearsing alone and then when you perform it for others, it suddenly becomes out of reach.  It becomes more aspirational.  I try to advise singers to stick with the words and the music and let the song come to you. If you chase after it like a kite, it’s going to win. I always say, ‘You work on the song, then the song works on you.’

LW: The biggest challenge is Mary Rodgers song “Something Known” which I thought I had known and now is something…unknown (laughs).

HC: I’m from the other side of the pond, so the biggest challenge for me has been to relay this music in an American way.

MT: As an artist, I’ve always enjoyed working with Steve because he’s just the best. I never turn down that opportunity.

LW: As a singer, you’re in a very intimate relationship with a pianist. Sometimes, you feel like you’re breathing together and performing together and other times it’s just like…bad sex. So playing with Steve is a lot like good sex. (laughs)  Plus, I love hearing him talk about the songs. I get insight into the music. You don’t get that anywhere else in the city.

HC: With Steve, you’re entertained and educated. It seems seamless but so necessary.

JB: Steve creates a wonderful environment for his singers.

On musical styles, imitation, and preparation:

HC: In this room-which is what is unique to this group- and particularly for this style, there is such a different dynamic between all of us, but we all provoke each other in a way to try new things. And that’s quite lovely. Also, we all try to sound a bit different, so that there is an adaptability and spontaneity to get things right.

LW: In Steve’s programming, you don’t do just one style of song. From Rodgers to Guettel, there are some major differences. That’s why he chooses singers from different stylistic backgrounds.  The material demands different styles.

MT: You’re never more pigeon-holed than when you are in musical theater because everyone thinks that ‘Oh. That’s your sound’, but everyone does a lot of different styles.

JB: It’s unique to NYFOS to do mostly musical theater songs with singers from the opera world.

When they’re not thinking about music:

HC: I have three kids so I’m a full-time dad in Dorset. I’m away a lot, so when I go back home, I’m on duty. My downtime is really my children. My daughter is a lovely pianist and my oldest son plays electric guitar.

SB: I enjoy swimming, being a good husband, reading, being aspirational, and meditating.

LW: I have a new baby, so I feel like all that I ever do is take care of her or tend to things when she’s sleeping! I used to be so precious with my voice, but I don’t have that luxury anymore. If the baby wakes up and I’m mute, she thinks I’m crazy and will start to cry. (laughs)

JB: Exercising, yoga and healthy eating. I have a few entrepreneurial projects in the works and am also working on a super hero opera for kids called Operation Superpower.com

MT: I know it sounds shallow, but I like to hang with my friends and go shopping! My next show is a serious dramatic Off Broadway play called Orange Julius at the Rattlestick, which will open in January. 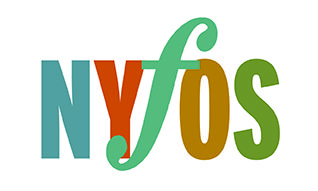 Rodgers, Rodgers & Guettel: A Century of American Musical Theater will be held at the Merkin Concert Hall at Kaufman Music Center (129 West 67th Street between Broadway and Amsterdam) on Tuesday Nov. 1st and Thursday Nov. 3rd 2016. 8PM. For tickets and more information: http://www.nyfos.org/events.html