You are here: Home / ENTERTAINMENT / Manhattan Digest’s 2016 Best of Theater

To write extensively about the past year is simply redundant. Enough journalists have covered it, so I’ll keep my thoughts brief. Collectively, we shed more tears than we thought possible. We tried to come to terms with the political, spiritual, and human losses but with each tragedy, the news felt more dour and overwhelming than any other time in recent history.

Still, the theater community persevered. It gave us reasons to reflect and brought a sense of renewed purpose. In some cases, it gave the gift of unbridled laughter, providing a much-needed retreat from worldly disappointment and every day stress.

Below is a list of top 10 personal favorites (in no particular order) from 2016:

It’s been a long time since I’ve gushed over a show quite this much. After first seeing this moving story at the Kennedy Center in the fall of 2015, I was hooked. Steve Martin and Edie Brickell were the creative minds behind this musical that tells the story of Alice Murphy, an editor of a Southern literary journal whose life takes an unexpected journey to redemption. It marked the Broadway debut and first Tony nomination for star Carmen Cusack. The homespun tale was met with mixed reviews and sluggish ticket sales forced an early close. Still, it managed to garner a loyal following and a Grammy nomination for its’ original cast recording. Plans are also underway for a national tour in 2018.

This Canadian import by Brooke Maxwell and Jacob Richmond is one of the quirkiest tuners to hit an off-Broadway stage in quite some time. MCC staged this dark comedy about an eclectic group of teenagers who meet their deaths after a roller coaster malfunction at an amusement park. A sarcastic fortunetelling machine presides over their after-lives and informs them that one will earn the chance to return to earth. It’s a tough show to explain without skeptical reception, but with a musically diverse score, witty writing, and deep poignancy, this was one zippy zenith among the theater scene.

Silence has rarely been more golden than it has for these 6 searchers looking for meaning and understanding at a silent retreat. With minimal dialogue aside from an off-stage guru, these weary ones proved that quietude is not only entertaining- it is essential. If only we could have gathered current and pending world leaders at Off-Broadway’s Pershing Square Signature Center… 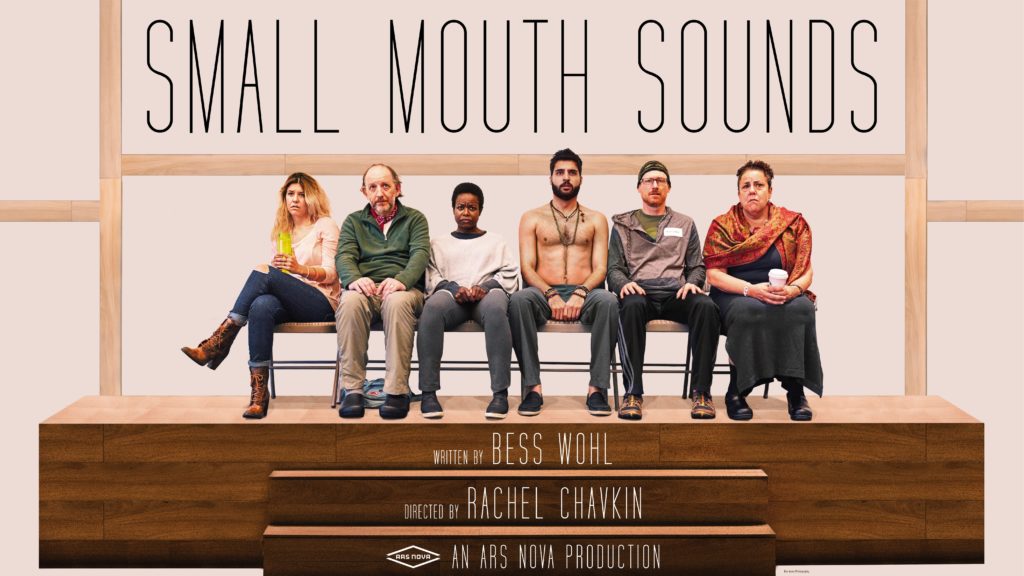 Notes From the Field

Anna Deavere Smith’s solo piece cracked the lid wide open on the injustices of our country’s educational and criminal systems. Smith traveled the country and interviewed a range of personalities before respectfully relaying their stories through her standard monologue format. Many critics hailed it as her best work to date, including this one.

The Servant of Two Masters

Theater for a New Audience’s production at the Polonsky Shakespeare Center in Brooklyn proved to be the perfect remedy for post-election malaise. The 18th-century comedy by Carlo Goldoni featured updated (and often improvised) references, mixed identities and best of all, a tireless and completely joyous performance by Steven Epp. Epp portrayed leading man Truffaldino, the servant of—well, you know. 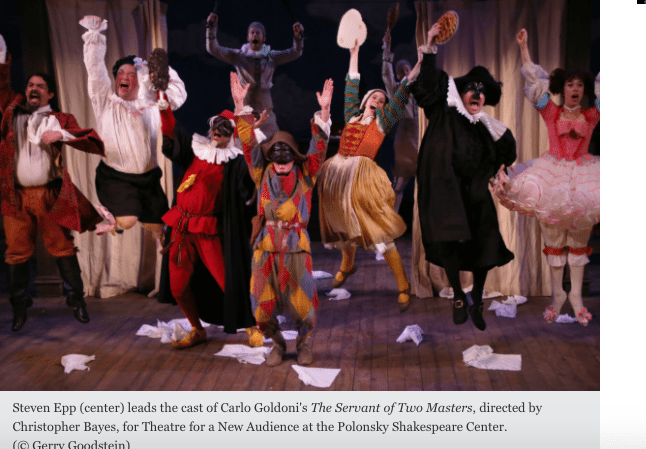 The Public Theater scored yet another win for this engrossing drama. Lynn Nottage took us to Reading, Pennsylvania and showed us the relentless struggle of working class factory workers. Critical acclaim from audiences and critics followed and producers are taking the steel mill to Broadway in March.

They don’t write ‘em (or act ‘em) like this anymore. This 1928 classic about the inner workings of a Chicago press room was stylish, slick and often hilarious. Nathan Lane, John Slattery, and Jefferson Mays were particularly fine, but there wasn’t a weak link in this massive play by Ben Hecht and Charles MacArthur.

Speaking of Jefferson Mays, this chameleon actor managed to be in two of the year’s best plays. Oslo, which started Off-Broadway at Lincoln Center is based on the 1993 true story about secret Norweigan negotiations that took place between Israeli and Palestinian leaders. It will move to Lincoln Center’s larger Broadway space (Vivian Beaumont) in the spring with the original cast. J.T. Rogers’ account is long and cerebral but never dull. With Middle East tensions continuing to make headlines, Rogers’ hopeful tale couldn’t have arrived at a better time.

The only downside to this spectacular revival of British playwright Mike Leigh’s 1977 play is that the party ended too soon. The established Barrow Group teamed with The Pond Theatre Company, a new troupe specializing in works from the UK. The 3 week run served as The Pond’s debut. Critics and audiences loved it and the biting comedy played to sold-out houses. It’s not common for a well-tuned beginner to touch down with such finesse, but this is one company to watch with eager eyes.

You won’t get a history lesson from this spoof by Forbidden Broadway creator Gerard Allesandri, but you might have stomach pains from laughing so hard. This skewering of Lin-Manuel Miranda’s epic musical is also a love letter to Broadway and is the most fun that you’re likely to have. Best of all, you don’t need to see the original source material to enjoy it.