Live music, you just have to love it. What could possibly be better than watching the sweat drip off the guitar players face as he vibes out with the crowd. There is a sense of authenticity that comes with a intimate live performance that you don’t get at something much larger like a concert.

That feeling was alive and well the other night as breakout R&B star Jidenna performed at Kola House, the trendy nightclub in the Meatpacking district while being the first of Pepsi’s Sound Drop Artist.

Most people know Jidenna for a couple of reasons, one being his monster hit song “Classic Man” which peaked at number 6 on the Billboard R&B Charts and earned him his first ever Grammy nomination in 2016 for Best Rap/Sung Collaboration.  He was also a featured artist on Janelle Monae’s hit song (and amazing video) “Yoga”.

If you know and appreciate the sounds of Jidenna then you can imagine the crowd that came out to proclaim the premiere of his debut album The Chief, which was released for the masses to enjoy this past Friday. 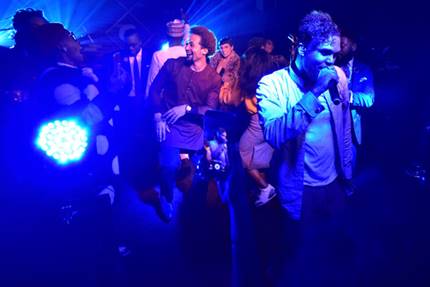 Jidenna took the crowd on a journey through his songs, providing commentary on his childhood to political perspectives. This gave each song new meaning and understanding why The Chief is a tribute to his late father.

The crowd loved each and every moment of it, which included Josh Dean, Deep Cotton’s Nate Wonder and Janelle Monáe herself, who signed him to her record label as her protege. 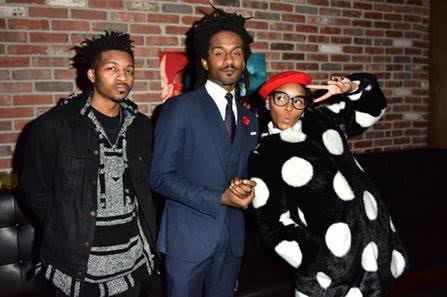 Jidenna, who is also known for his tailored dressing and slick combed hair managed to remained relevant by making appearances on HBO’S Insecure & Netflix’s Luke Cage. This performance was exactly what fans needed as they patiently waited for his album to drop.

To stream The Chief… click here, and let us know what you think!