John Guare’s 1990 play, Six Degrees of Separation, which originally premiered Off-Broadway before a Broadway transfer, has returned to Broadway’s Ethel Barrymore Theatre in spectacular form under the direction of Trip Cullman. 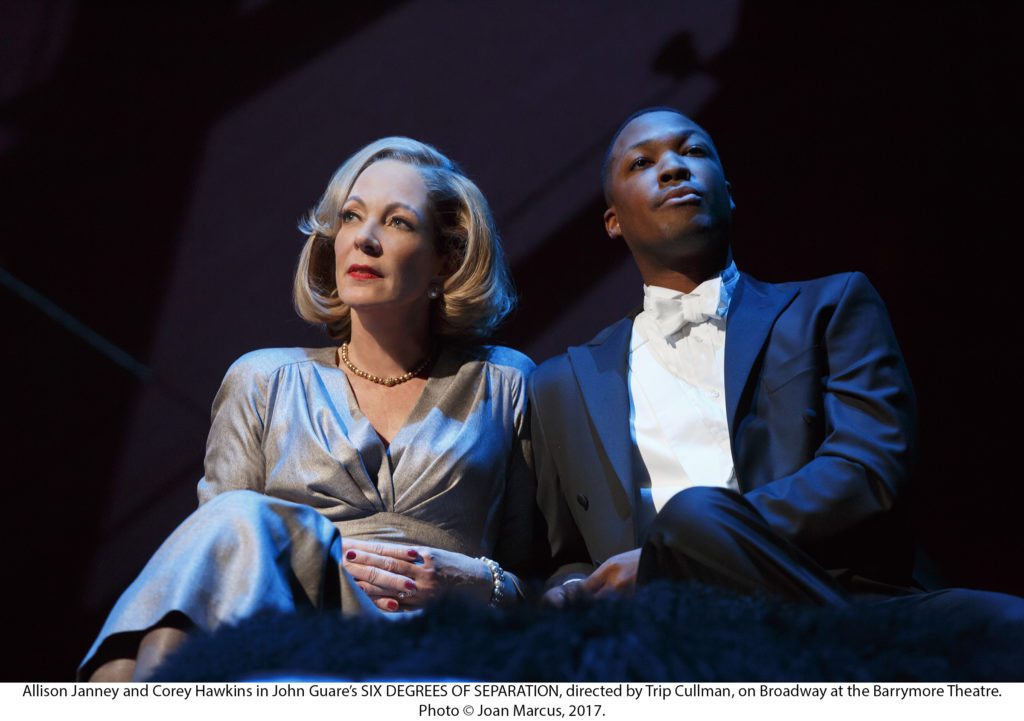 The socially conscious story occurs in the affluent home of Ouisa (Allison Janney) and Flan (John Benjamin Hickey) Kittredge. Flan is an art dealer who is finessing his friend and business partner, Geoffrey (Michael Siberry). Flan is seeking an investment from him for a Cezzane painting. In the midst of their meeting, they are interrupted by Paul (Corey Hawkins), an African-American man who begins to weave a complex tale of deception: He’d been mugged in Central Park. He knew the Kittredge’s daughter- a fellow student at Harvard- and is the son of celebrity Sidney Poitier, who would arrive in New York City the next day to begin directing a film version of Cats. Paul’s story seems rather far-fetched, but thanks to his colossal charm and apparent insight to their particular family details, Ouisa and Flan take him in for the night and soon realize that he’s not who they believed him to be. 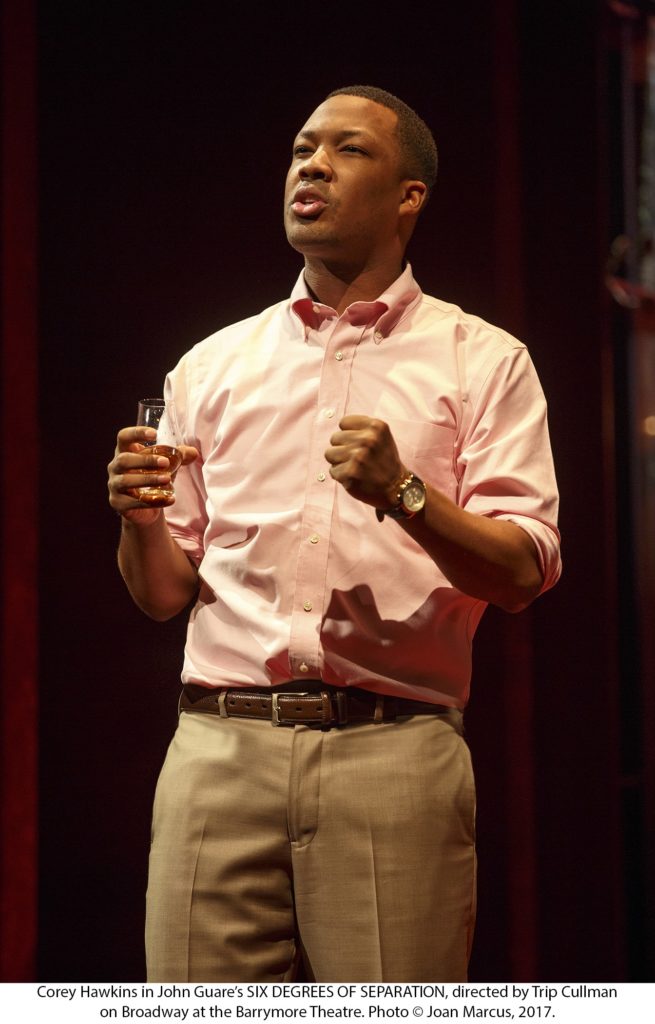 Mark Wendland’s striking crimson set perfectly captures a pretentious ilk of West-Siders. The focus of the couple’s Kandinsky- a painting that expresses order on one side and chaos on another-is a particularly effective choice that suggests “two sides to every coin.”

Guare’s comedy-drama, which initially received a Pulitzer Prize, is a quick 90 minutes, but it packs an incredible amount of human insight. Guare drew inspiration for the play from David Hampton, an actual con-artist who manipulated several high profile individuals in the eighties. In the hands of this marvelous cast, the impact is both entertaining and provoking, especially in an age where race related issues continue to dominate headlines. 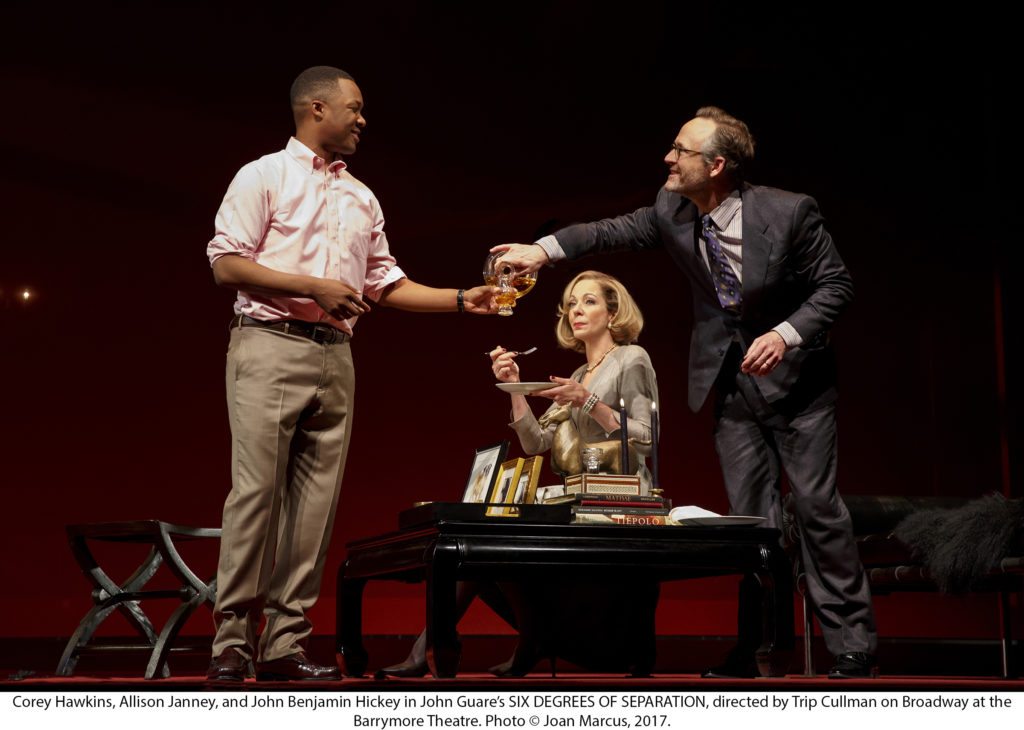 Six Degrees of Separation is on Broadway at the Ethel Barrymore Theatre (West 47th between 8th and Broadway. For tickets and information, click here .