You are here: Home / ENTERTAINMENT / Nuyorican Poets Cafe & SummerStage: An Evening of Fury and Joy

On Wednesday August 9th, the Nuyorican Cafe and SummerStage teamed up to give the East River Amphitheater a free night of poetry readings from a trio of reputable New York-based artists. It was an evening of soul, politicized anger, and raw emotion, and shined a tiny beacon of hope for our world in this most uncertain time.

The first artist of the night was Stacyann Chin. The Jamaican-born poet is known for her fiery readings that often target patriarchy and racism. As an openly gay single mother, Stacyann has definitely had her hardships, but she never forgoes a sense of humor in her work. Upon coming on stage she explained to the audience why she likes to perform in New York: “I don’t fucking have to explain what racism is.”

She started off with a piece that she admitted she considered more an “angry rant” than a poem, and it was directly aimed at President Trump (or as she initially referred to him, “He Who Shall Not Be Named.”). Practically yelling into her microphone, Stacyann ran through a list of grievances she had with Trump’s “poli-tricks”, from sexualizing his daughter to deporting Mexican families, and including some fairly comically grotesque imagery, such as likening Trump’s face to an asshole that can’t even hold all his bullshit in.

It was certainly a rallying cry of a first piece, but her subsequent poems were just as potent. Her next piece was a modernized take on Gil Scott Heron’s ‘The Revolution Will Not Be Televised’, where she updated the lyrics to include references to reality television, and advertising. After that she did a heartfelt piece about violence towards women, that was dedicated to her daughter. The work had several powerful lines to it such as “abortions prevent infected mysogny” and “Am I feminist, or a womanist?”. She then directed her words to the younger people in the audience, telling them that they’re still at the beginning of their lives and need not fret about lack of sex or experience. “If your 20 then you still have 70 years to go. So what happens if you have all the sex and experience right now? You’ll just be looking at your pubes grey for the next 70 years.” A singular and truthful message from a very passionate artist, that seems to truly understand what being female really means. 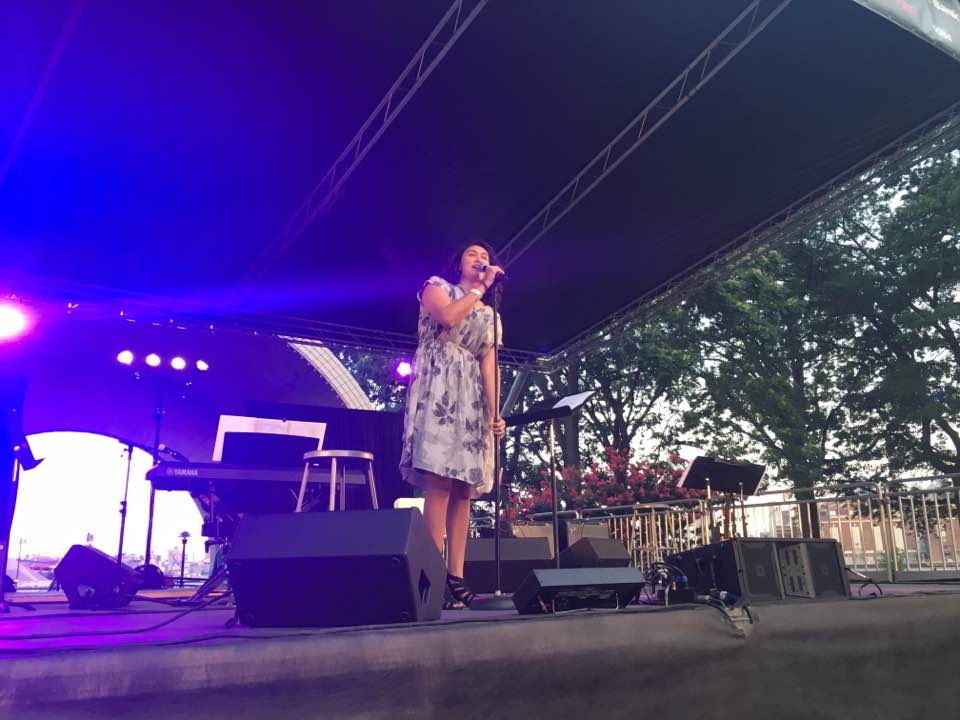 The next poet to take the stage was Sarah Kay, a native New Yorker. At 29, Sarah was certainly the youngest reader of the evening, but her credentials are still substantial as she is a founder and co-director of poetry collective Project V.O.I.C.E., and had performed at the TED conference in Long Beach, California in 2011, shortly after she had graduated from college.

Upon taking the stage, Sarah laughed that she had chosen poems she had considered “clean” for the evening, giddily referring to the fact that Stacyann Chin had just been screaming obscenities in a public area. She then told the crowd that it was a great honor for her to share the stage with her, as she had seen Stacy perform on broadway when she was younger. While her act certainly didn’t match the colorful rage of what came before it, she found a place by reciting poems that were whimsical in a way that carried a child-like air.

Her poems were about a wide spectrum of things from her conscious. She read a piece about an encounter she made with a raccoon (or “magic cat”). She talked of being a boy in her dreams that rescued damsels, and also brought up her concerns with technology. One of the most snarky moments of the night came when Sarah explained to the audience what ghosting is (“it’s when someone texts you and you don’t respond, forever”) and asked everyone there in the most cheeky way possible to never ghost anyone.

She saved her heaviest poem towards the end. Addressing that today marked the third anniversary of the murder of Mike Brown, she recited a piece called What We Already Knew for her penultimate slot. It was dark and somber as one would ascertain, but perhaps looking to rise the crowd’s spirit again she closed with a poem that was a bit of a screwball comedy involving an office game, puns, and an unexpected romance. Perhaps it was a bit of a tonal adjustment for her to end her time on stage with something wacky after the gravity of What We Already Knew, but it settled with her endearing character to do so. 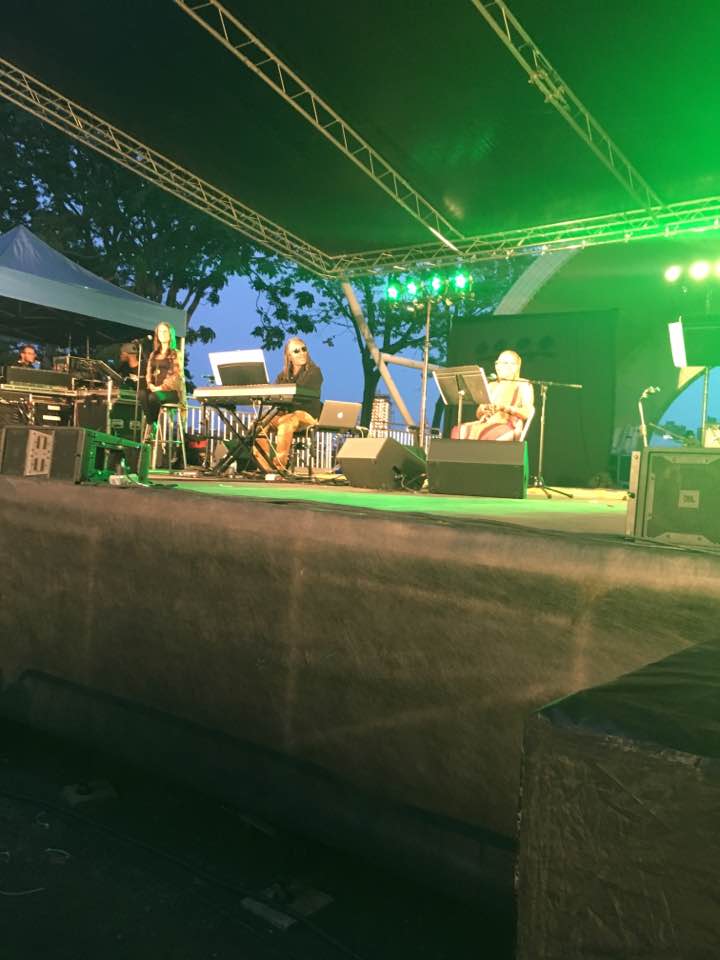 The last act for the night was Ntozake Shange, an artist with a generation-spanning career, to say the least. While perhaps best known for her 1976 play For Colored Girls Who Have Considered Suicide/When the Rainbow is Enuf, Shange has had a lusturous career as a novelist and poet as well. At 68, she certainly had a more advanced age than the previous two poets, and came on stage with a cane and then promptly sat down. Still, her performance was certainly the evening’s highlight as she carried the strongest legacy behind her, and she was accompanied by a full backing band.

Joined by a bass guitarist, a keyboardist, and a back up singer, Shange’s words were joined with Afro-centric music genres such as soul and funk. In Shange’s own words, she said they would “Rock n’ Roll the night now.” Her first piece continued the political air of the night by addressing the atrocities of last year’s Orlando shootings, with Shange addressing that she has a gay daughter and the killings came too close to home for her.

Still, like the proceeding poets Shange showed much humor, and encouraged audience participation. Closing with a cover of an Eisley brothers’ song, where she turned the lyrics to spoken word, Ntozake Shange had the evening go out in a lustrous and joyous fashion.  For more information on SummerStage, click here.