It’s difficult to imagine a world without “People” but one almost existed. In 1962, during early tryouts of Funny Girl, composer Jule Styne and lyricist Bob Merrill wrote the ubiquitous show tune that would become Barbara Streisand’s signature anthem.  Producers didn’t care for the song and wanted it cut from the show. Merrill persuaded them to keep it, Babs sang it, and the world embraced it.

“People” is just one of the famous melodies Styne would write during his long and successful career. “Diamonds are a Girl’s Best Friend,” “Three Coins in the Fountain,” “It’s Been a Long, Long Time,” “Don’t Rain on My Parade,” and “The Christmas Waltz” are a mere handful of the many well-known songs that would launch him to Broadway and Hollywood royalty.

Currently, the York Theater Company is paying tribute to the late virtuoso with their Musicals in Mufti series. From now through March 4th, they are performing 3 of Styne’s lesser-known works: Hallelujah, Baby, Bar Mitzvah Boy, and Subways are for Sleeping. Two multi-media presentations will also accompany the series. Theater Historian Charles Troy will present The Creation of Gypsy and The Creation of Funny Girl. 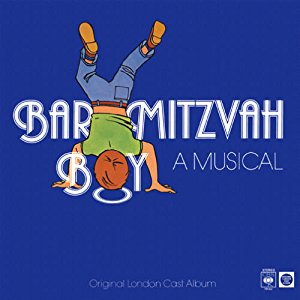 On Tuesday, February 13th, the quaint York Theater will become even cozier with The Music of Jule Styne, a special cabaret featuring  George Dvorsky (York’s Closer Than Ever), Hannah Rose DeFlumeri (Bullets Over Broadway), Ty Stephens (From My Hometown), and Drama Desk Award winner Barbara Walsh (Falsettos).  Ron Abel conceived the project and will serve as the music director.

Abel works frequently with esteemed artists like Luci Arnaz and  Michele Lee. Recently, he chatted with Manhattan Digest about the evening and why the impact of Jule Styne remains indelible against the landscape of American music. 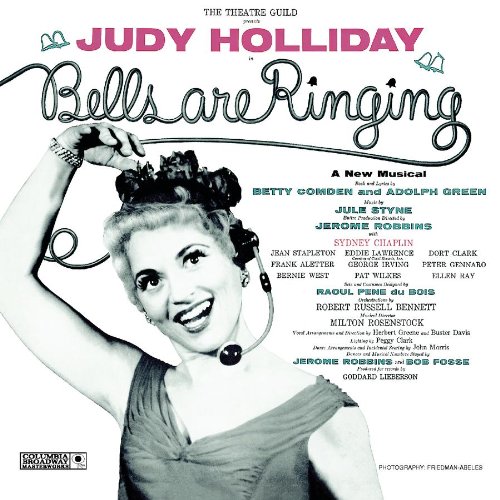 MD: How did you come to the project?

RA: I did a reading of a show that I had written some years ago and hadn’t done anything until Me and Ella, which they did at the York over the summer. I knew and liked everyone there. They’re  just great people. So, we started working again.

MD: Have you always been an aficionado of Jule Styne?

RA: I wouldn’t say that I’ve been an aficionado, but I’ve definitely been a fan. Years ago in Los Angeles, I worked on a cabaret called The Stage Benefit. Every year they would spotlight a different composer. One year, we did Jule Styne’s music. That was my introduction.  The melodies are so fabulous. I’m doing ‘Just in Time’ as an R&B song. These songs just lend themselves to that because the melody is so strong.  His music is truly incredible. I’ve always said that his music sounds deceptively simple. The melodies seem as though they would be easy to figure out and then you realize that the chords are just so friggin’ difficult. 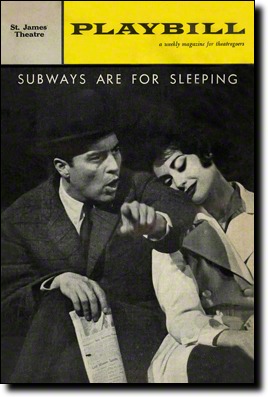 MD: Will most of the selections have your own interpretation and spin, or will they be the straightforward arrangements?

RA: It’ll be a combination. Certain things I’m not going to mess with. Someone will be singing “I’m Going Back” from Bells are Ringing and that has to be done the way it was written because it’s such a big show number. But the standards like “The Party’s Over” and “Just In Time”… I’ll be playing with those a little bit. It’s always nice for an audience to hear a familiar song in a fresh way because it brings it home for them.

MD: You mentioned Styne’s familiar songs that will be sung that night.  Can audiences expect to hear some more of his obscure numbers?

RA: I’m doing a couple of songs that are not all that well known that I love. There’s a song called ‘Killing Time’ that was introduced to me when I did the L.A. benefit 20+ years ago. It has stayed with me and haunted me all these years, so I’m doing it again.

MD: That’s definitely an indication of a good song if you’re remembering it 20 years later! How many songs are on the program?

RA: Right now I have 18 scheduled, so there will be 4 solos each, a couple of group things, and one duet.

MD: From over 1500+songs through Styne’s career, that’s a lot of whittling down!

RA: Yes. this evening is more of a cabaret rather than a concert with an intermission.