In the days leading up to the album release of Dru Cutler’s Bring Closer the Distance, the musician is expectedly excited. The Bushwick-based artist will be holding an album-release party at Pianos on April 7th, and then holding a vinyl-listening party for the record on April 13th. Making several high-profile appearances in the past few weeks (including an interview and performance on BRIC TV), and just returning from a tour, Cutler has made great strides to make himself visible in the vast landscape that is indie-rock.

Bring Closer the Distance is Cutler’s sophomore solo release, following 2016’s Familiar. The new record is a folk-rock record that’s as influenced by Ryan Adams as much as Leonard Cohen (the latter of which Dru covers on “Dance Me to the End of Love”), It certainly won’t take more than one listen for someone to ascertain that it’s a more structured album than his debut, and there’s a very logical reason for this. “The main difference is that we got all the musicians in the room at the same time. It wasn’t about layering,” explains Dru. “Previous records were made over a long time by myself, but the bulk of this came in a week. We would play these live and keep doing it until we felt we got it right.”

Working with producer Kahan James also helped the project reach a generous fruition. James would make insightful comments after hearing Cutler’s performances (“Can we make that bridge more uplifting?” “Maybe that lyric would be better elsewhere?”), and brought a degree of polish to Cutler’s raw demos. He also helped with the arduous task of listening to 20-30 completed songs, and hand-picking the right nine that would eventually compose the album 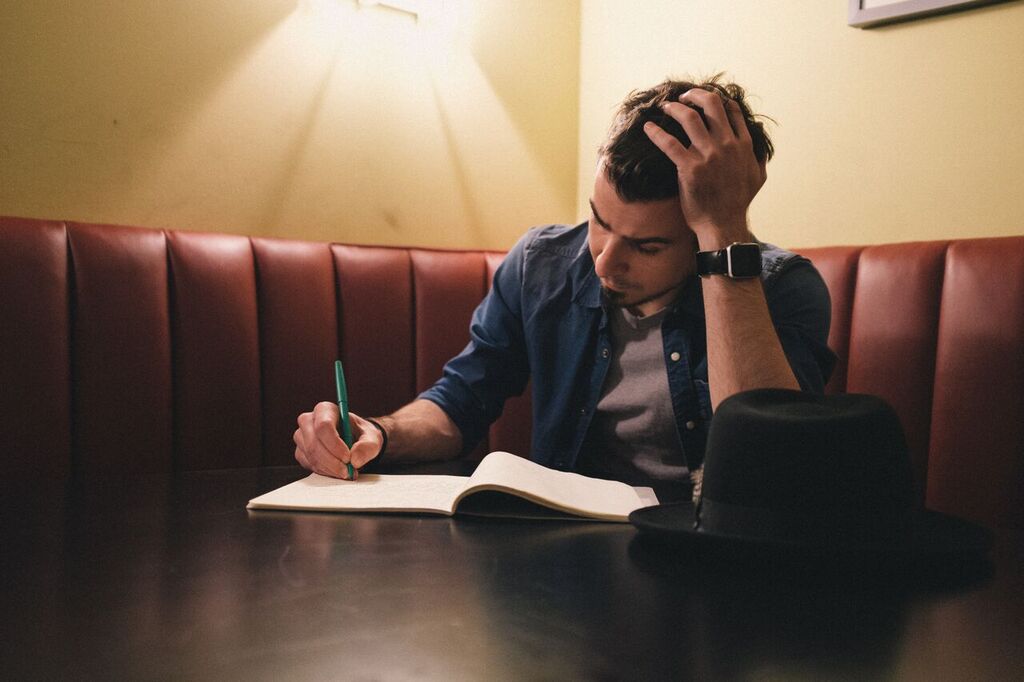 The new record tells a number of tender and intimate sortie. Dru assembled an all-star production team, who’s experience ranged from Bob Dylan and David Bowie to Ani DeFranco and The Flaming Lips. They all encouraged him to tell more vulnerable, personal sagas, which he pushed himself to do.

Dru’s songwriting has also matured since his last album. He’s received a lot of attention for the album’s opening track, “Oceanside”, an evocative piece that was inspired by the nourishing, healing feeling that the Ocean can provide. “I knew that song was special, because I wrote it faster than any other song I’ve done. Both verses and the chorus came to me in about 2 minutes,” explains Dru, which also might explain why the lyrics include some light political context to them as well. “We’re in a weird time, with a lot of angst, hatred, and muddiness. I feel it’s an artist’s job to comment a little bit on this.”

“Even after the election, I don’t care.  Cause I am here, you are there. We’re protesting everywhere.”

Dru is hoping for big returns on Saturday, when he performs his album release party at the Manhattan bar/venue Pianos. The two-level bar will host his event from 7 PM to midnight that day, and feature a slew of other performers from his collective Unit-J (www.UnitJBushwick.com), including Mama Juke and Pale Ramon. “We should get a good crowd as Pianos is a real rock-and-roll type of place, and the whole bill is like-minded acts,” Dru says, highlighting that it’s fortunate that he assembled the line-up for this show. “I’ve played shows where a metal band will play before me, and then a DJ afterwards, and nobody stays for the whole thing.”

Perhaps of even more sentiment though, is the Noho Sound listening party that Dru will hold for Bring Closer the Distance on the following Friday (4/13). Dru had been a follower of the audio store on Instagram,  and eventually came there in person, shook hands with the owner and decided to work together. Ron, Noho Sound’s owner, shared a mutual concern with Dru about how current young generations we’re being deprived of high-quality audio. “He felt that the compressed nature of MP3 files just doesn’t match what you hear on record,” said Dru. “It’s fine that people listen to music like that, but we also want to remind people that quality listening experiences are worth it.”

Stating that it took him eight months to complete this record, Dru feels that it will be another eight months before he works on new material. Still, he won’t be any less busy, as Dru will soon be working on a music video for Brain Place, one of the most politically charged songs on the album. He also will be returning to his home-state of Florida to play some more shows as early as two weeks from now, and then plans to do an extensive tour of the East Coast in the fall. Even though Dru’s musical aesthetic feels spiritually close to classic rock and folk acts like Bob Dylan and Pink Floyd, there’s no doubt that his work ethic and commitment to social media feels aligned with a more contemporary formula for artistic success. Here’s hoping that exposure will only engage his craft more.  More info here.