You are here: Home / ENTERTAINMENT / Lynda Carter Brings ‘Red, Rock n’ Blues’ To NYC and Beyond

Lynda Carter’s got nothing to prove. After a 4 year stint (1975-1979) in Hollywood on a television show called Wonder Woman, her notoriety was forever linked to the series’ character.   Carter left the superficial land of Hollywood, however, and now resides in the Washington DC area.  Like a genuine superhero, however, she’s still everywhere. Earlier this month, the Phoenix native received a star of the Hollywood Walk of Fame. She’s also featured in the screwball comedy Super Troopers 2, which was recently released nationally in movie theaters.

As she’s made her way through the talk show circuits, she’s opened up about her own experiences with harassment in the entertainment industry, lauded the praises of the #metoo movement, and has hinted that she might appear in the next Wonder Woman film. “It’s up to Warner Brothers if they want to spend the money,” she coyly told NBC’s Megyn Kelly. “You can write letters and tell them,” Carter added, much to the approval of the studio audience.

Few people are aware that the film and TV legend actually begin her career as a singer. Last weekend, she made her yearly pilgrimage to Jazz at Lincoln Center’s Appel Room for her new show: Red, Rock, n’ Blues.

Pulling from the songbooks of classic blues, oldies, and contemporary pop, Carter’s gave her sold-out crowds a bonafide treat.  Elton John‘s “Philadelphia Freedom” opened the Saturday evening show (She also performed on Friday evening). It was followed by Duffy’s “Mercy,” Al Green’s “Take Me to the River,” and a melancholy number from Brooklyn duo Lone Bellow called, “You Never Need Nobody.”

The night’s sweetest section came when Carter spoke of her family.   An original, old-fashioned style country song she wrote for her husband of 35 years, Robert Altman, opened the set. “James’ Song” came next, a tune she wrote for her adult son. “It took me awhile to sing that song in public without crying,” she said afterward.  Sometimes, even action heroes cry.  Jessica Altman, Lynda’s daughter, joined her mom for the Everly Brothers’ “Dream, Dream, Dream” and a dark, lyrically driven cover of “Something Bad” by Miranda Lambert and Carrie Underwood.

Carter slowed things down with the Billie Holiday standard, “You’ve Changed” and a ballad version of the “Stop in the Name of Love,” by The Supremes.

Her easy going, relaxed style is a trait not often found in most performers. If she misses a musical entrance, she laughs it off. If the monitors fail (as they did early in Saturday’s show) she makes a joke:  “They only spent 100 million dollars to renovate this space,” she quipped.

Carter gives one the impression of a teenage girl, jamming out in her bedroom to an audience of stuffed animals. Dancing and laughing with quirky, abandoned diffidence. She cares enough to be professional, but not enough to push perfection on herself. For her, it’s all about fun and the thrill of performing.

She’s an entertaining enough singer, but what truly makes her shine is her all-star band. Nashville’s finest musicians accompany her and turn her pleasant voice into something much more. 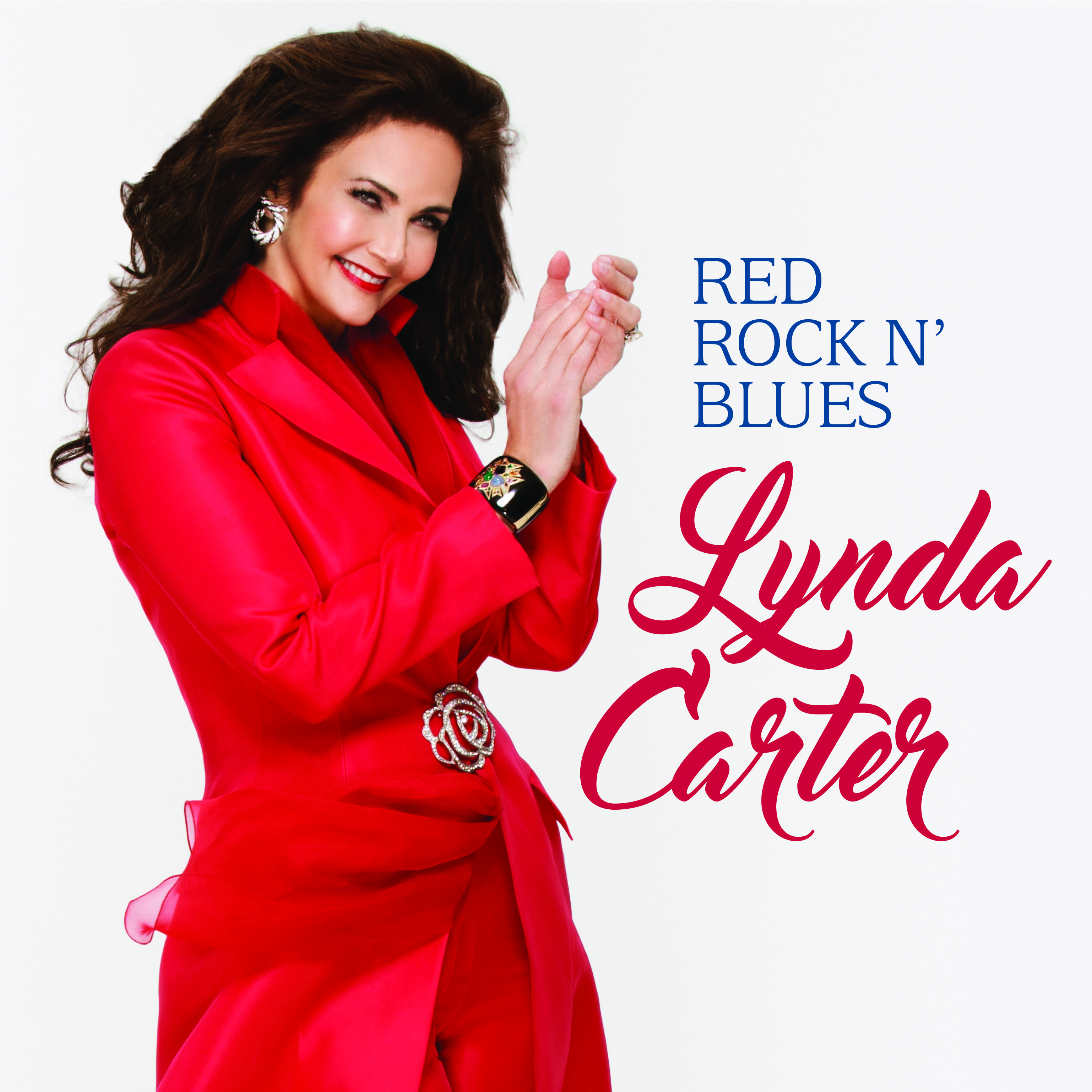 Lynda Carter’s days of television’s Wonder Woman are far behind her. Yet, as she travels the country with her new project, she remains relevant, opinionated, beautiful, and hopeful. Without deflective bracelets and a lasso of truth, she’s still an un-costumed heroine.

For tour, album, and other Lynda Carter related news, activate her website.