You are here: Home / ENTERTAINMENT / Playwrights Horizons ‘Log Cabin’ is Built with Candor and Care

May 9th, 2012 was a day of rejoicing for the LGBTQ community.  After lengthy consideration and a change of heart, President Obama endorsed gay marriage. In a televised interview on ABC News, he told Robin Roberts, “At a certain point, I’ve just concluded that for me personally, it is important for me to go ahead and affirm that I think same-sex couples should be able to get married.”

For most of us, especially in the coastal cities, it was a reason to stop fighting for equal rights. Luckily, playwright Jordan Harrison didn’t put down his sword. Instead, he kept a careful watch on the collective conscious and created a mirror for our shortcomings with his provocative and thoughtful new play, Log Cabin.

While male couple Chris (Philip James Brannon) and Ezra (Jesse Tyler Ferguson) celebrate news that their married lesbian friends, Pam (Cindy Cheung) and Jules (Dolly Wells) are planning to have a baby, the quartet struggles to fully accept Henry (Ian Harvie), a trans male who Ezra has known since high school.  Talene Monahon rounds out the cast as Myna, Henry’s millennial girlfriend. At first blush, she is perceived as an airhead. In time, she may be the wisest of the bunch.

This world premiere, directed by Pam MacKinnon, packs a great deal into a quick 90 minutes.  Race, sexuality, class, and politics are all brought to the fore.  Even with so many hot-button themes, Harrison’s script avoids sermonizing.  Instead, it gives us the chance to be better. To understand each other and offer compassion. To remind us of our own battles for acceptance. 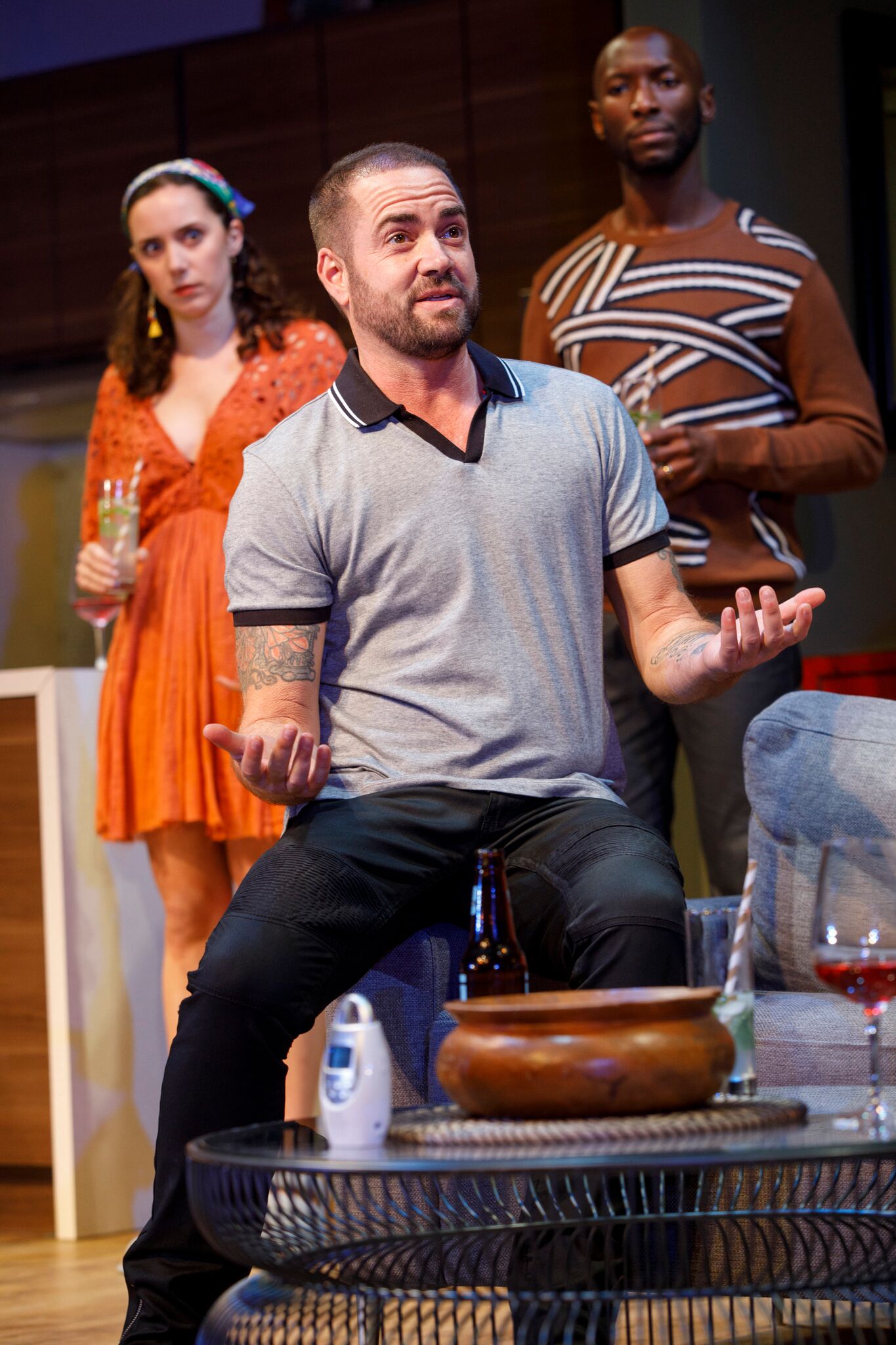 This talented, intuitive, and racially diverse ensemble delivers Harrison’s razor-sharp writing with flair. In the process, it provides a much-needed dose of introspection. It’s a rare gift we should graciously accept.