You are here: Home / ENTERTAINMENT / Wishful Thinking: A Recap of the Provincetown Tennessee Williams Theater Festival

This year’s theme, “Wishful Thinking,” proved appropriate both in the figurative and literal sense. While many of the characters Williams’ created longed for something or someone to fill the empty voids in their lives,  P-town visitors eagerly awaited the sun. For the first two days, heavy rains poured as diehard theater lovers slugged through puddles and shuffled into the town’s venues.

The  positive thoughts paid off. By Saturday, warm sunshine flooded the skies, bringing with it palpable contentment from strolling pedestrians throughout the cozy town.

Although the festival’s emphasis was on Williams (five of his productions were mounted), other classic writers were represented. 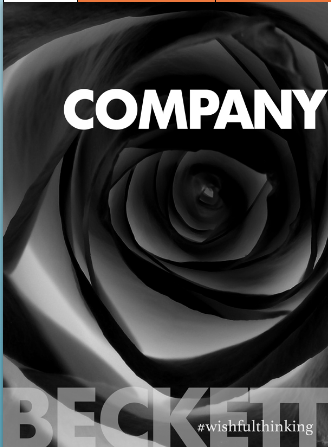 Philadelphia’s EgoPo Classic Theater Company brought an immersive version of Samuel Beckett‘s Company to the town hall. Guests were required to remove their shoes, blindfold themselves, and allow “angels” to guide them to a pillow and blanket. For the next 60 minutes, the audience simply listened to the dialogue a about youth, memory, and existence of human life. Though it may not have been everyone’s cup of tea, audience members did get a glass of milk and cookies at the end.

Texas Tech University transformed the Wharf House–a large garage space for boats–into  the Granada, Spain home of Rosita and her family in Federico Garcia Lorca‘s drama, Dona Rosita The Spinster. This beautifully written piece, which detailed the lifetime loves and losses of Rosita (Malana Wilson) included a large cast of students and adults. It also offered some gorgeous live harp and guitar music from Rachel Mazzucco and Devon Curtis.

During my stay there, I was able to take in three of Williams’ plays, one of which was a World Premiere:  Talisman Roses was written by the young playwright in 1937 while he was a college student. The three person, 60 minute  one act confronts what was then the taboo subject of mental illness.  Amanda Plummer, Maureen Burns, and Jessie-Ann Kholman starred in this deeply profound piece from New York City’s  Collective Theatre Company. Stage and screen star Marsha Mason gently directed this work at the The Provincetown Theater.  Aside from some uneccesary, silly opening short plays which detracted from the poignancy of Williams’ work, it was a highlight of the shows I saw at the festival.

Florida’s Pensacola Little Theatre represented themselves with Williams’ fantasy-drama entitled Will Mr. Merriweather Return From Memphis. This talented cast perfectly captured the essence and feel of small town Southern life between the 19th and 20th century. Louise (Laura Sebastian) and Nora (Leslee Young) two lady friends in Bethesda, Mississippi, spend their days performing seances and waiting for ghosts to appear. Like life itself, the story doesn’t always make sense, but it was a joy to watch. Besides, how often is the apparitition of Vincent Van Gogh both written into a script–and staged!

Moon Lake Productions, based in Manhattan, brought the more common classic, The Rose Tattoo. Williams’ 1951 play explores the difficult relationship between mothers and their children. (Williams himself had a fraught relationship with his mother.) Here, Serafina (Irene Glezos)  is mourning the loss of her husband and hoping for a future suitor. Meanwhile, her daughter is coming of age and trying to find love for herself–much to Serafina’s disapproval. Chris Ostrom‘s playful set helped to lighten the otherwise heavy tone of the story and Dana Greenfield‘s direction kept the two and a half drama moving at a brisk pace.

Other shows at the festival included Some Problems for the Moose Lodge, Steps Must Be Gentle, Menagerie of Angels, The Snagglepuss Chronicles, and Anton Chekhov‘s Uncle Vanya.

During an opening curtain speech at Mr. Merriweather…, one of the festival’s board members  announced that ticket sales were up from last year and that the festival had actually surpassed their ticket sale goals. In this tumultuous time when arts and the humanities are under attack, that is better than wishful thinking–it is a wish fulfilled and one to celebrate.