You are here: Home / ENTERTAINMENT / ‘Hadestown’ is a Flawless Fable with Real-World Reflection

It’s taken Hadestown 13 years to make it to Broadway, but it’s been well worth the wait. No doubt that Tony nominated composer, lyricist,and bookwriter Anais Mitchell will share its success with many others, including her fellow Tony nominated director Rachel Chavkin. Still, it is uniquely hers.  According to Robert Sullivan in Vogue magazine, “Mitchell is the first woman in a decade and fourth woman in Broadway history to be the solo author of a new musical.”

And it is a damn fine one.

Although this adaptation of the mythic tale of Orpheus and Eurydice has already been staged in Edmonton, London, and downtown at the New York Theatre Workshop, it’s been tweaked along the way. It orginated as a community theater program in Vermont.

Audiences will no doubt wonder whether Hades (Patrick Page) Act I closer, “Why We Build The Wall” is referencing the current climate of Washington.  His is a barricade that “keeps out the enemy and poverty.”

Surprisingly,  Mitchell wrote the song in 2006. How eerily prescient.

Tony nominated Andre de Shields hosts this hotbed inferno where ideals of love and beauty are sacrificed for labor and isolation.  He’s a compelling force, but he’s not the only one. You’ll be hard pressed to find a cast as fine as this one–which no doubt explains the 14 Tony Award nominations it has earned including one for Eva Noblezada as Eurydice and one for the George and Martha of the underworld, Hades (Page) and his wife, Persephone (Amber Gray). Reeve Carney also brings tender sweetness and golden vocals to the role of Orpheus. 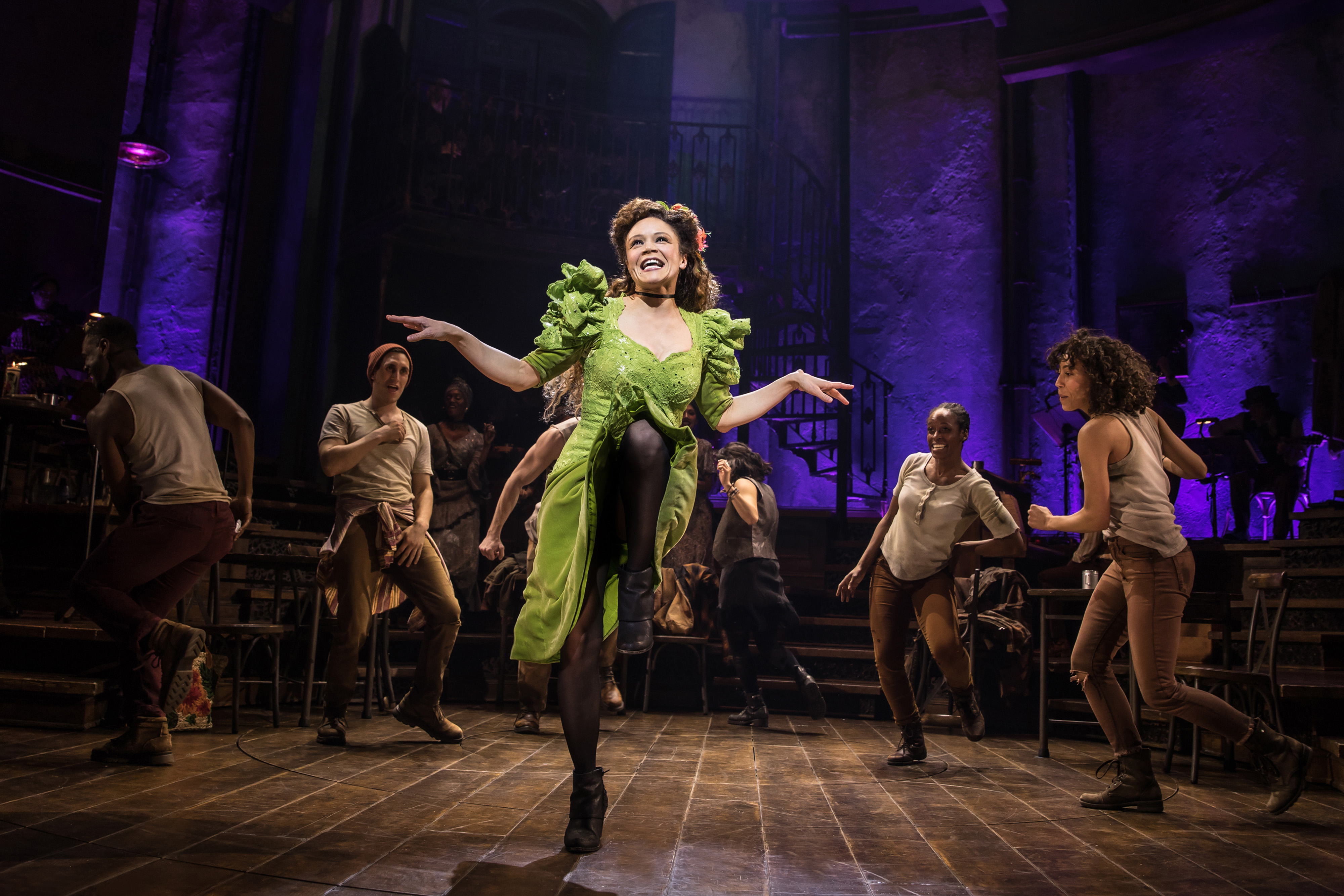 Michael Chorney and Todd Sickafoose–nominees themselves-have given us, delicious feast for the ears with their haunting orchestrations, played to perfection by the onstage band.  Rachel Hauck‘s depression era scenic design–set amidst the voodoo vibe of New Orleans, is a dark dream to behold.

Hadestown is no light fare. It is, as Hermes reminds us “an old song, an old tale, a sad song, a sad tale. But we sing it anyway.”

We can be mighty thankful for that. Chavkin–along with the casting team from Stewart/Whitley have assembled a gorgeous, racially diverse cast that handles this material with devlish dexterity and polish.

Hadestown is on Broadway at the Walter Kerr Theatre (219 West 48th Street between Broadway and 8th.) For tickets, visit the box office or click here