You are here: Home / ENTERTAINMENT / Hartford Stage’s ‘The Flamingo Kid’ is ‘A Bronx Tale’ for Brooklyn

By the end of Act 1 of the new Hartford Stage musical,  The Flamingo Kid, I felt a sense of deja vu. Although I had never seen the 1984 movie on which it is based,  the story and themes were precisely in sync with another recent stage show adapted from film: A Bronx Tale.

Both are set against the backdrop of the sixties when Khrushchev and Kennedy dominated headlines. Each are set in a New York City borough, and both are coming of age stories about exchanging working class values for unscrupulous ideals.  There is nobility found in each property.

Director Darko Tresnjak‘s final show as artistic director of Hartford Stage is a fine one, thanks largely in part to his richly talented cast, but his creative team is also quite extraordinary:  Alexander Dodge‘s scenic design, Linda Cho‘s costumes, and lighting by Phil Rosenberg all combine to create a glossy, neon-centric tapestry. 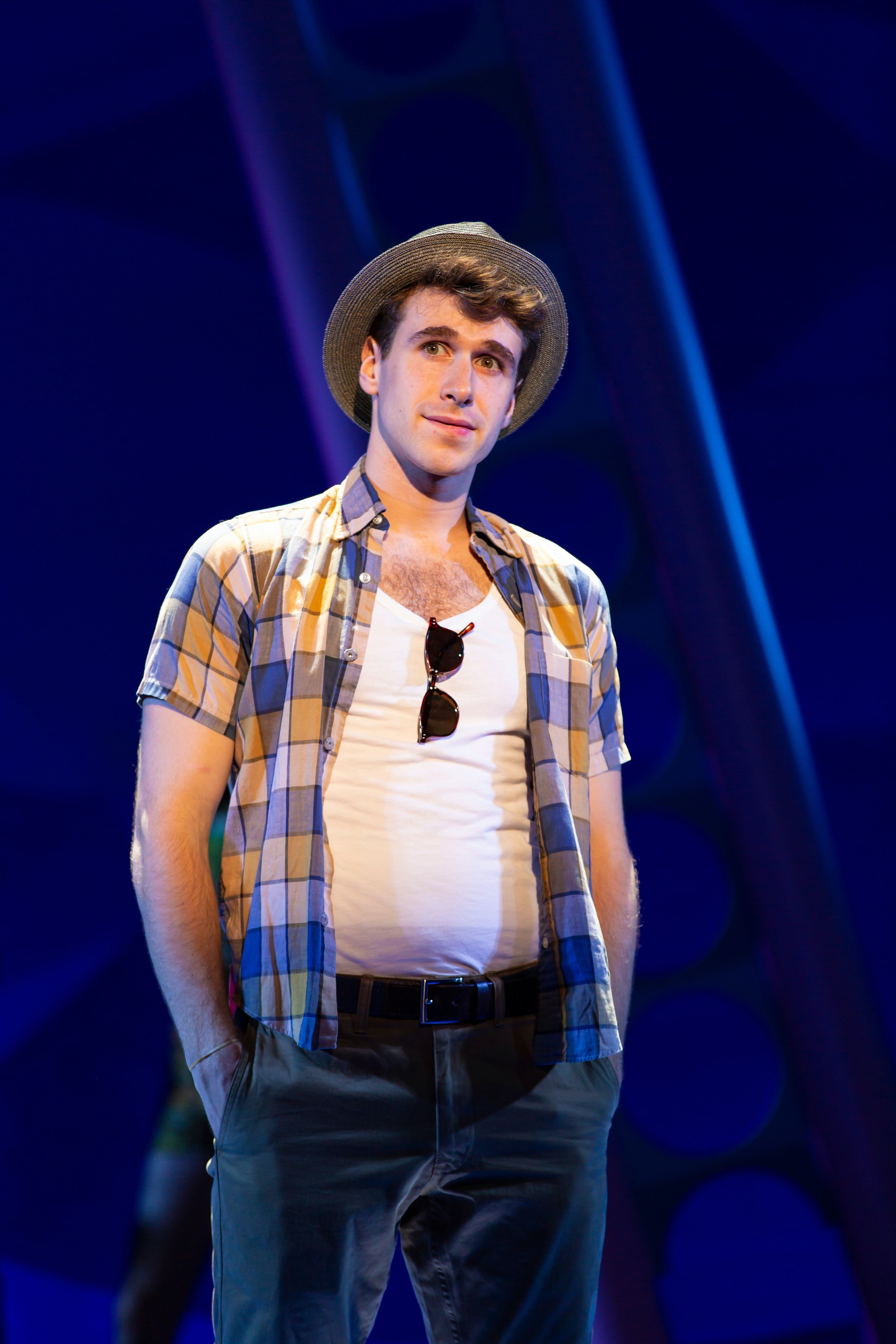 In general, the same cannot be said for Robert L. Freedman‘s book and lyrics or of Scott Frankel‘s music– both of which struggle to get this story told in a shorter period of time.  This is not to say that it needs to be completey streamlined to 90 minutes either. Yet some heavy handed editing could help.  A  dull song  (“A Plumber Knows”) sung by patriarch Arthur Winnick (Adam Heller) and a silly rhumba number (“Rockaway Rhumba”)  are two examples that could easily be nixed.

Yet Casting director Carrie Gardner and Trensnjak have compiled a fabulous cast that makes the best of somewhat flimsy material. Jimmy Brewer and Samantha Massell are magnetic as leading players Jeffrey and Karla, respectively.  Lesli Margherita once again steals the show as Phyllis Brody, a desparate housewife with more life advice to offer than initially meets the eye. This is where Freedman succeeds. He could easily have made her a punchline, but instead he empowers her with strength and respect.  It’s a distinct contrast against her husband Phil (Marc Kudisch), a bombastic card king who wins the admiration of impressionable Jeffrey.

Chances are likely that the show has an eye towards Broadway. in recent years, Hartford Stage and Tresnjak have transferred A Gentleman’s Guide to Love and Murder and Anastasia (with subsequent tours).  Should the same happen for The Flamingo Kid, it will indeed find an audience. Baby boomers were bursting from ear to ear the night that I watched it. Yet it will still require some overhauling before it struts to New York .