You are here: Home / ENTERTAINMENT / ‘The Thin Place’ is a Gripping Place to Be

Welcome to death. Not exactly a sentiment to end 2019 with, nor one that will usher in the new year with a cheerful demeanor. Nonetheless, it’s a theme that Playwrights Horizons has chosen to explore through Lucas Hnath’s mind-bending play, The Thin Place. The second show of the Off-Broadway’s company 2019-2020 season opened on December 11th to understandably rave reviews. Consequently, it has been extended through January 26th.

The title describes the spiritual realm that exists between heaven and earth—or between fantasy and reality. It’s a complex place to reside for Hilda (Emily Cass McDonnell), Jerry (Triney Sandoval) and Sylvia (Kelly McAndrew), who have questionably fallen under the spell of Linda (Randy Danson), a British expat who has found solace in the United States. Here, she can practice her ability to interact with deceased beings with more freedom and less scrutiny than was possible in her native England. 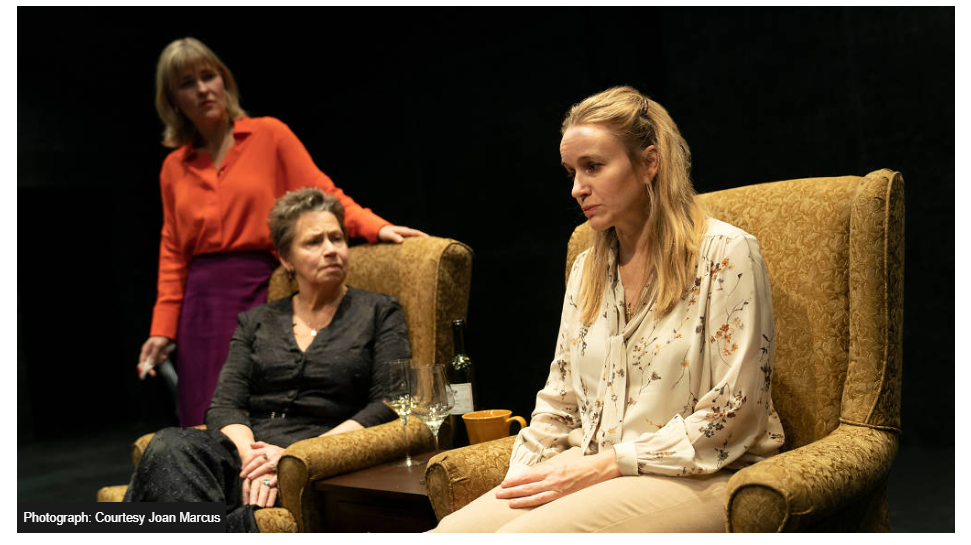 To disclose too much of this incredibly quiet but taut tale is to ruin it for the theatergoer. As Hnath points out in the program, “Best to watch it with a blank mind. The less you know, the better.” What can be said is that Director Les Waters has constructed a psychologically compelling canvas that will linger in the mind long after the curtain falls.

Hnath, whose prior works include The Christians, Red Speedo, A Dolls House Part 2, and Hillary and Clinton is a masterful playwright who is never afraid to challenge his audience. He’s scored big again with The Thin Place even if it is a…dead subject.

The Thin Place runs through Jan. 26 at the Playwrights Horizons (West 42nd between 9th and 10th Ave.) , For tickets, visit playwrightshorizons.org.