You are here: Home / ENTERTAINMENT / ‘A Soldier’s Play’ Offers Big Stars in a Lukewarm Revival

There is so much potential to be had in Roundabout Theater Company’s Broadway debut of A Soldier’s Play. When it initially premiered in 1981 Off Broadway at the Lucille Lortel Theater, it ran for an impressive 486 performances and clinched the 1982 Pulitzer prize for drama. It was later turned into a critically acclaimed film with original stage star Denzel Washington.

Yet sub-par direction, sluggish pacing, and uneven casting cause Charles Fuller’s powerful drama to fall short of what this current production could be.

Blair Underwood stars as Captain Richard Davenport, a black officer in 1944 Fort Neal, Louisiana who is investigating the murder of Vernon C. Waters (David Alan Grier), a self-loathing, undiscerning black sergeant. The murder happened on the watch of white Captain Charles Taylor (Jerry O’Connell). Initially, it is believed that the local Ku Klux Klan have committed the heinous act  but as the story unfolds, Davenport finds the truth.

Underwood is particularly outstanding as the high ranking official who won’t back down to Taylor and his white counterparts. His suave assuredness and collected calm help to keep this narrative grounded, even if his shirtless objectification at the top of Act 2 is a needless distraction from the story. (One wonders whether director Kenny Leon would make such a choice for a female leading lady.) 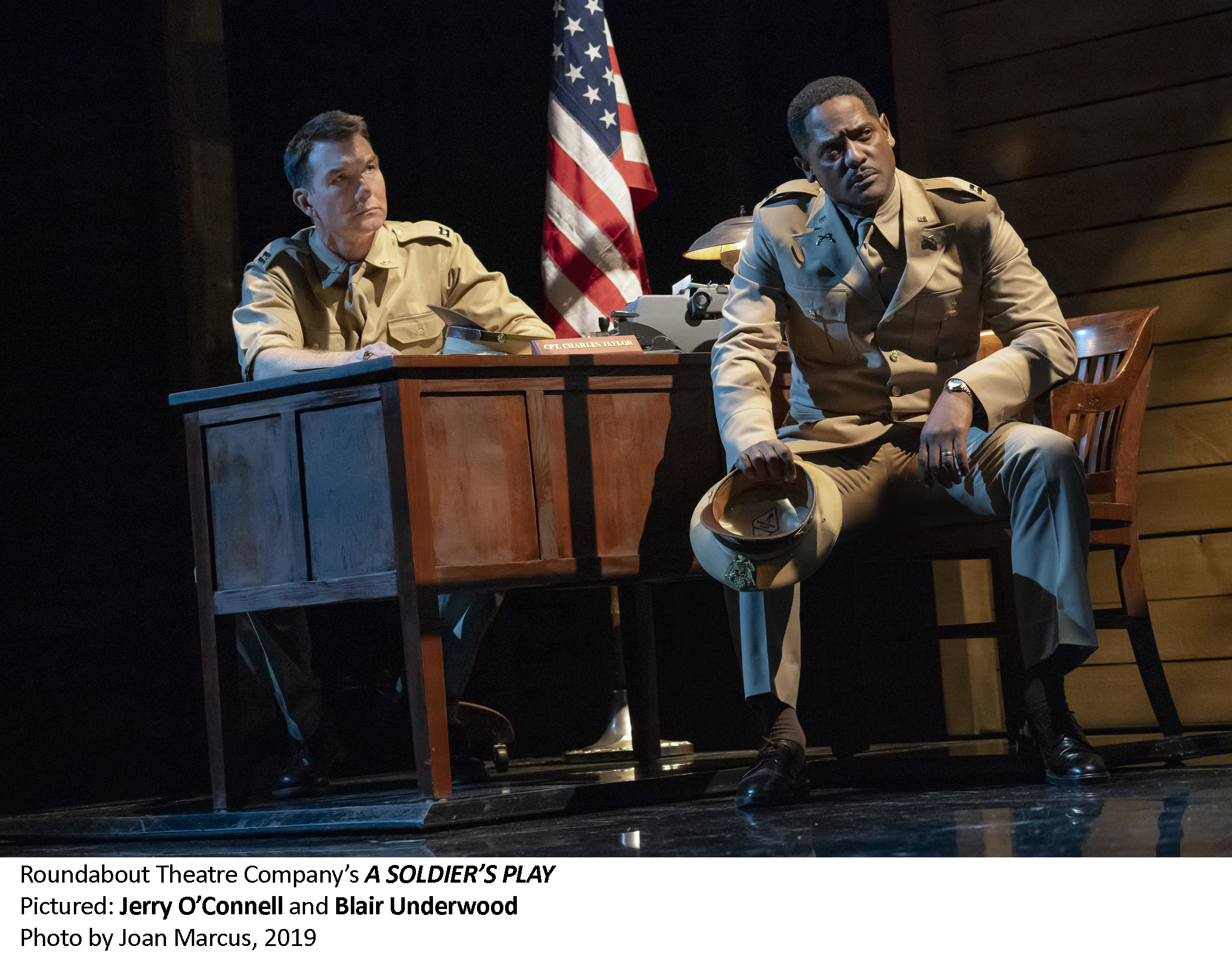 Grier is also an exceptional presence and it’s easy to empathize with his internal conflict. As for the rest of the cast, it’s a bit of a mixed bag with regards to their acting chops.

Fuller has packed his writing with racial themes, both between and within the races. As African-American writer Theodore R. Johnson points out in this article, “Too often, racism is seen as a social phenomenon that happens to black people. But it happens through black people as well.” Much like Fuller’s commentary, this struggle continues to resonate and antagonize in 2020.

Nonetheless, one is left with indifferent feelings in this revival that could truly leave an indelible impression under different circumstances.

A Soldier’s Play runs through March 15 on Broadway at the American Airlines Theatre (West 42nd between 7th and 8th). For tickets and information, click here.